First US carrier to resume flights to China 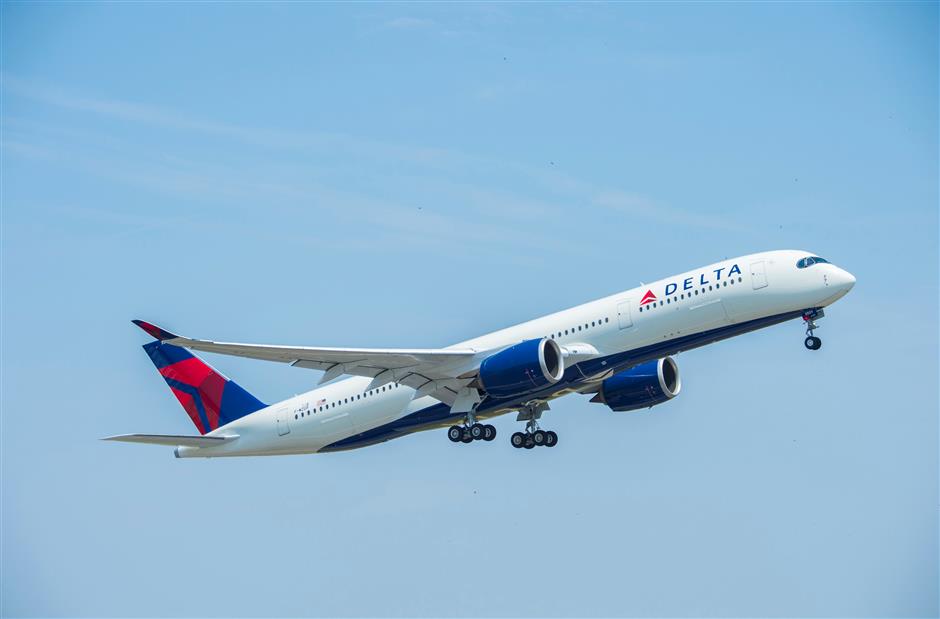 A Delta Air Lines' flagship A350 passenger aircraft will operate the first resumed service between China and the US.

Delta Air Lines will resume passenger services between Seattle and Shanghai via Seoul from Thursday, operating twice per week based on an agreement between China and the United States.

From July, the US carrier will operate a weekly flight between Seattle and Shanghai and an additional weekly service between Detroit and Shanghai, both via the Incheon airport.

Delta is the first US airline to reconnect the US and China since the suspension in February due to the COVID-19 outbreak.

The tickets are open for booking on all channels including Delta.com, Fly Delta app, agencies and OTA, the airline announced on Monday.

Wong Hong, president for China and Singapore of Delta, said the flights between the US and China are resumed as economic and social activities start to recover.

“We are implementing unprecedented health and safety measures and practices, so customers are ensured of ease and safety at all points of their journey,” Wong said.

The US and China have each allowed four weekly flights between the two countries, easing travel restrictions in the midst of the novel coronavirus pandemic. The US threatened to bar Chinese passenger flights on June 16, but later revoke the plan.

Delta said it will deploy its flagship A350 aircraft to operate the Pudong-Seattle flights, along with top cleanliness standards.

All aircraft will be sanitized with electrostatic sprayers before departure, while pre-flight interior disinfection will be enhanced.

The aircraft’s air circulation systems with HEPA (high-efficiency particle air) filters are said to be able to extract more than 99.99 percent of particles, including viruses.

The carrier has also added a back-to-front boarding process, reducing the need for travelers to pass one another. It also encourages customers to pack their own food and non-alcoholic beverages to decrease touch points.

The number of passengers on each flight will be reduced, and certain seats in the middle rows will be blocked. The carrier is capping 75 percent of business-class seats and 60 percent of the economy cabin.

All passengers are required to wear face masks during travel, except during meal service. Complimentary face masks are available on request and hand sanitizers are provided at check-in counters and boarding areas.

Air France and Air New Zealand have also restored their services to Shanghai as Chinese authorities begin to relax travel restrictions and air traffic picks up.

Air France restarted its passenger services between Shanghai and Paris from June 18 with a weekly passenger flight operated with Boeing 777-300 wide-body aircraft.

The number of passenger flights to China will increase gradually, subject to government authorization and travel restrictions, as well as customer demand, the carrier said in a statement.

Air New Zealand resumed passenger flights between Auckland and Shanghai from Monday. The first flight, on a Boeing 787-9 aircraft, is due to leave Auckland at 11pm and land at Pudong at 7:15am on Tuesday.

Foreign airlines unable to operate flights to China over the past few months due to the pandemic can choose a qualified Chinese city for entry, according to the Civil Aviation Administration of China (CAAC).

However, if all inbound passengers on an airline test negative for three weeks in a row, the airline will be allowed to increase flights to twice per week, according to CAAC.