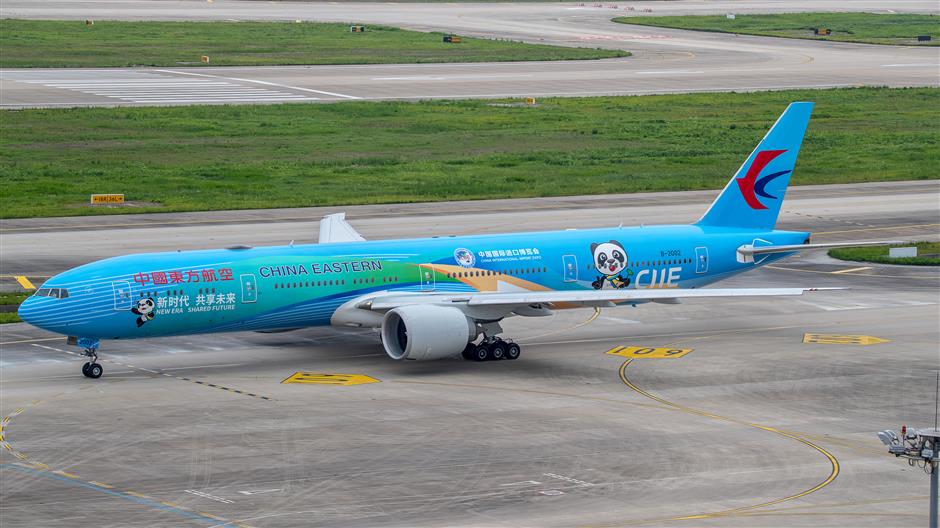 A passenger aircraft with CIIE-themed livery is seen at the Hongqiao airport on Thursday.

A long-haul passenger aircraft with China International Import Expo-themed livery was spotted at the Hongqiao airport on Thursday.

The Boeing-777-300ER with China Eastern Airlines took off from the Hongqiao airport around noon, heading to Chengdu in southwest China’s Sichuan Province, with about 200 passengers.

The plane, jointly launched by the CIIE bureau and China Eastern, is painted blue with white-and-yellow stripes. It also features the CIIE mascot, Jinbao, along with the expo’s slogan "New Era, Shared Future." The aircraft aims to promote the CIIE and attract participants from across the world, according to the airline.

The aircraft will operate various domestic and international flights to promote and serve the CIIE.

The third CIIE will be held at the National Exhibition and Convention Center between November 5 and 10. China Eastern will serve as a core supporting enterprise, air carrier, buyer and service provider, the Shanghai-based carrier said. 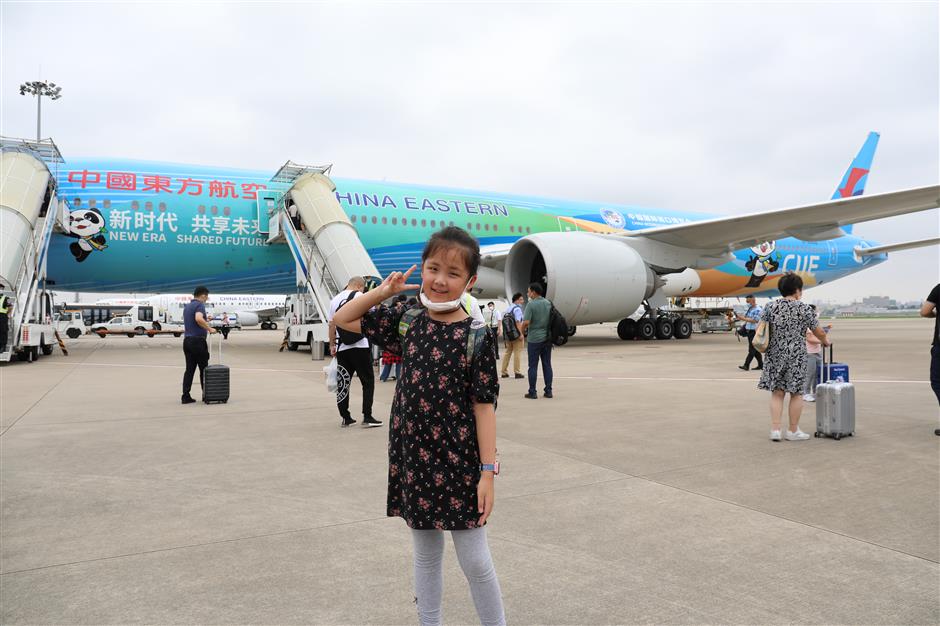 A girl poses in front of the China Eastern's aircraft with CIIE livery. 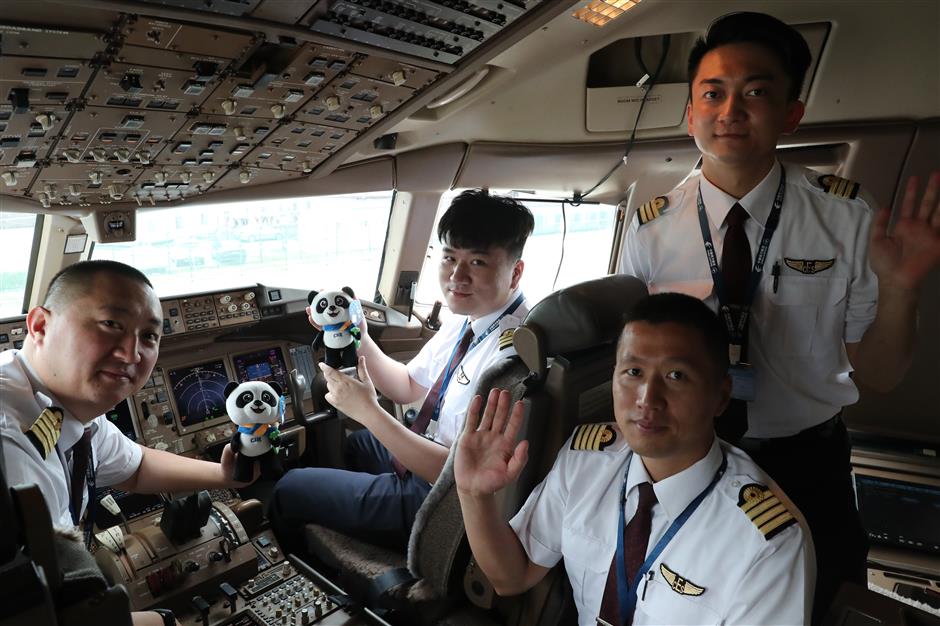 Pilots pose with the CIIE mascot, Jinbao, in the cockpit. 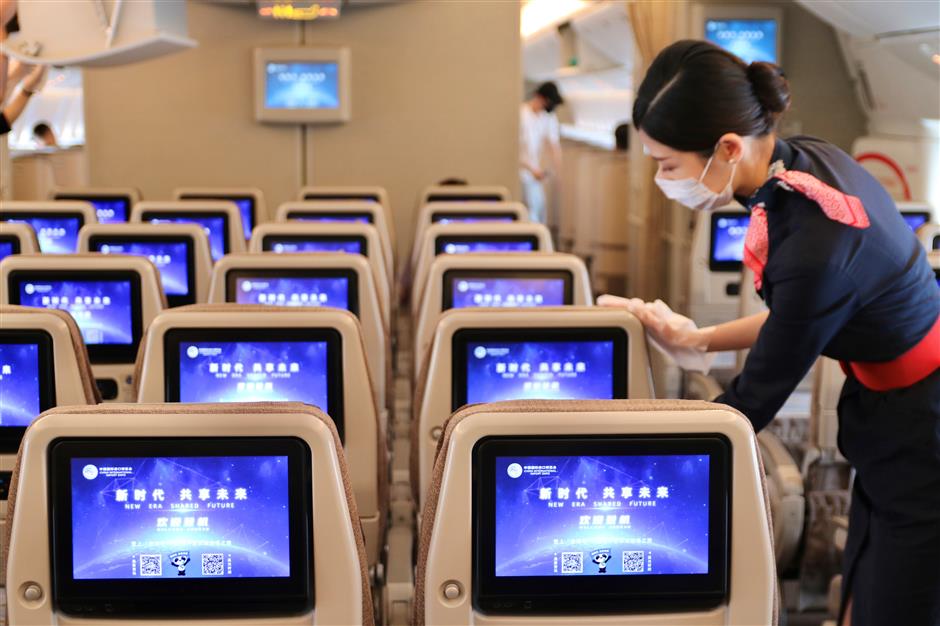 A flight attendant cleans the screens on the CIIE-themed aircraft. 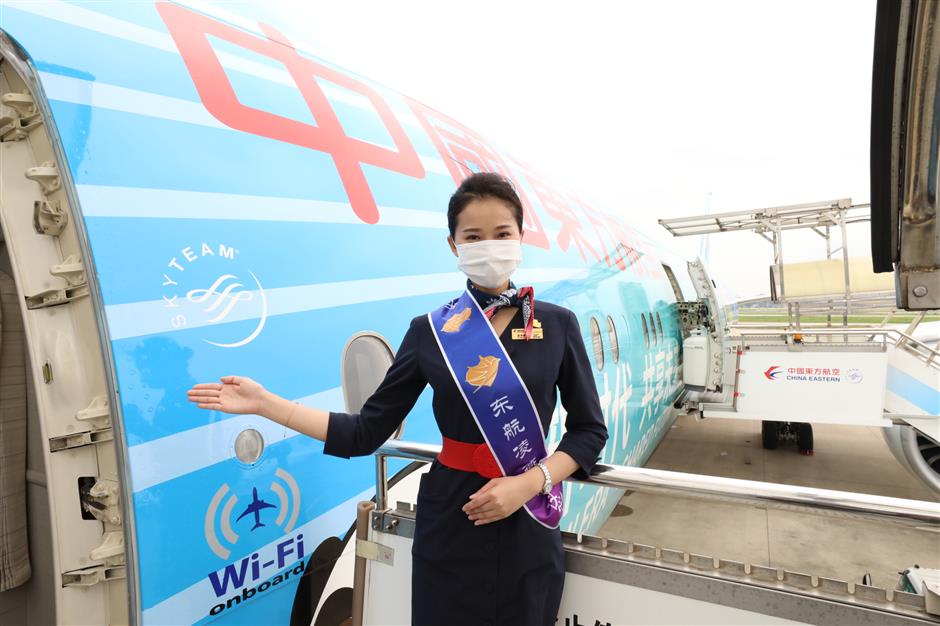