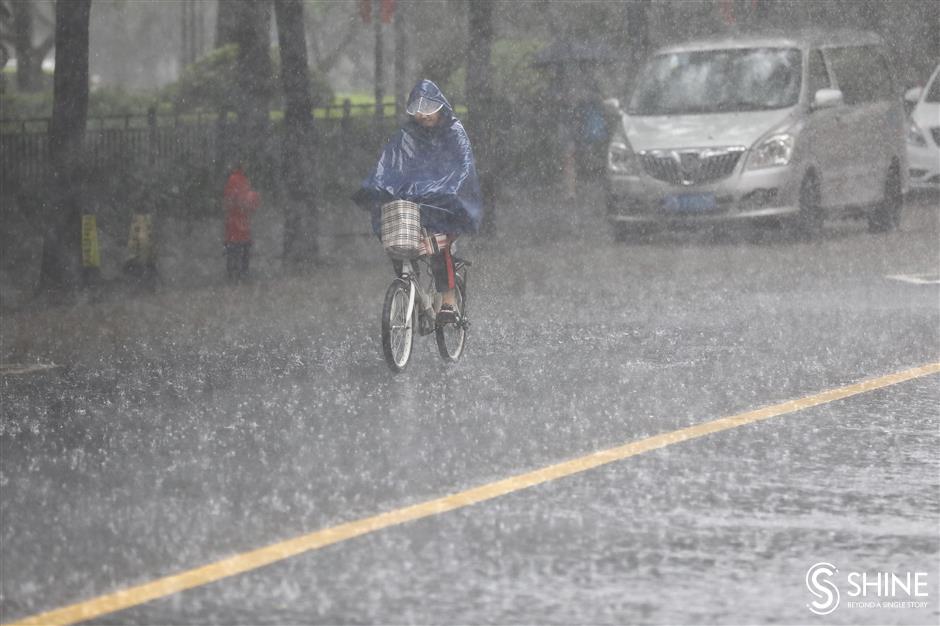 Shanghai was hit by downpours on Monday, causing flooding in local streets and heavy traffic congestion during morning commuting hours.

The Shanghai Meteorological Bureau upgraded its blue rainstorm alert to yellow — the second-lowest level in its four-color system — at 10:05am, warning that rainfall could reach 80 millimeters in the following six hours.

An earlier yellow lightning alert remains in effect, while a new yellow warning for gale winds was also issued at 10:05am for the next six hours.

The heavy rains are expected to give way to a mix of overcast and rainy skies by mid-week, with occasional thunderstorms.

Temperatures above 30 degrees Celsius will return by Wednesday, with muggy weather predicted to last into the weekend, forecasters say.

Takers of the gaokao, China's national college entrance examination, which falls on Tuesday and Wednesday, are advised to prepare for heat and bad weather.

So far this summer, many regions in China have received torrential rains and some areas were stricken by serious flooding.

By Friday last week, the National Meteorological Center had issued national rainstorm alerts for 31 days in a row.

Wet conditions in the middle and lower reaches of the Yangtze River will continue for a few days as plum rain belts move northwards, the center said. 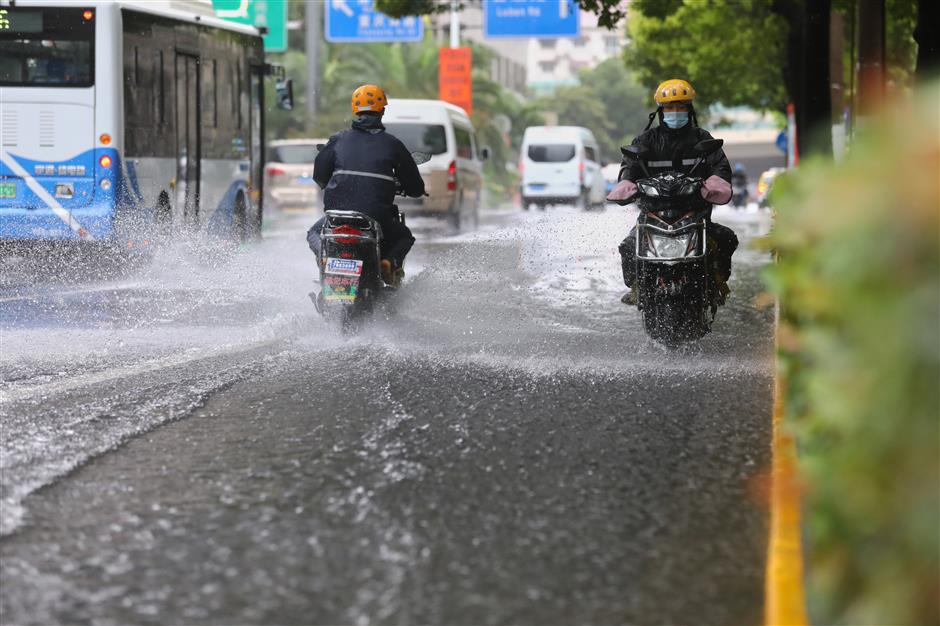