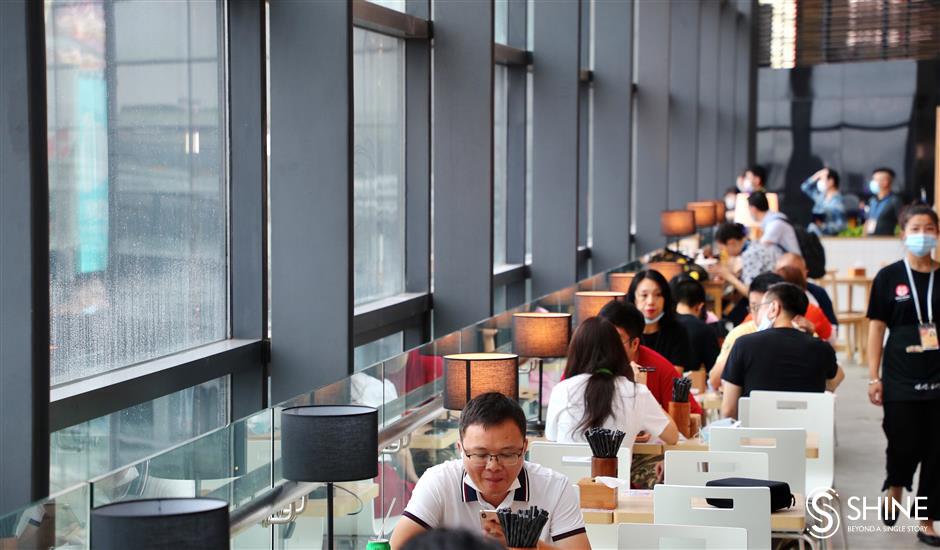 Travelers enjoy a meal  at a newly opened food court at the T2 terminal at Hongqiao airport on Wednesday.

More international brands and eateries have opened at Hongqiao airport to serve increasing demand during the summer travel peak.

The number of travelers is rebounding from the influence of the coronavirus pandemic as the gaokao, or national college entrance examination, has ended and the summer vacation has begun.

The airport has handled about 100,000 passengers a day since July 10, over 80 percent of its usual capacity. An average of 714 flights had taken off and landed at the airport, the same as last year year.

To cap the demand from travelers and boost consumption at its terminals, the airport has launched a promotional campaign involving around 100 popular stores in its T1 and T2 terminals.

Subsidized by the airport authority, consumers can enjoy discounts ranging from 15 percent off purchases over 200 yuan to a 1,500-yuan reduction in shopping worth 4,000 yuan.

Over 30 luxury brands at the airport, including MaxMara, Tod’s, Bally and Jimmy Choo, are taking part. Many local brands, such as Shanghai First Foodhall, Xinghualou and Lifeng, are also participating along with 46 other retailers and 16 restaurants.

"With more travelers coming to the airport, the retail volume at Hongqiao airport has been recovering from the impact of the COVID-19," said Karina Lai, a retail management official at the airport. 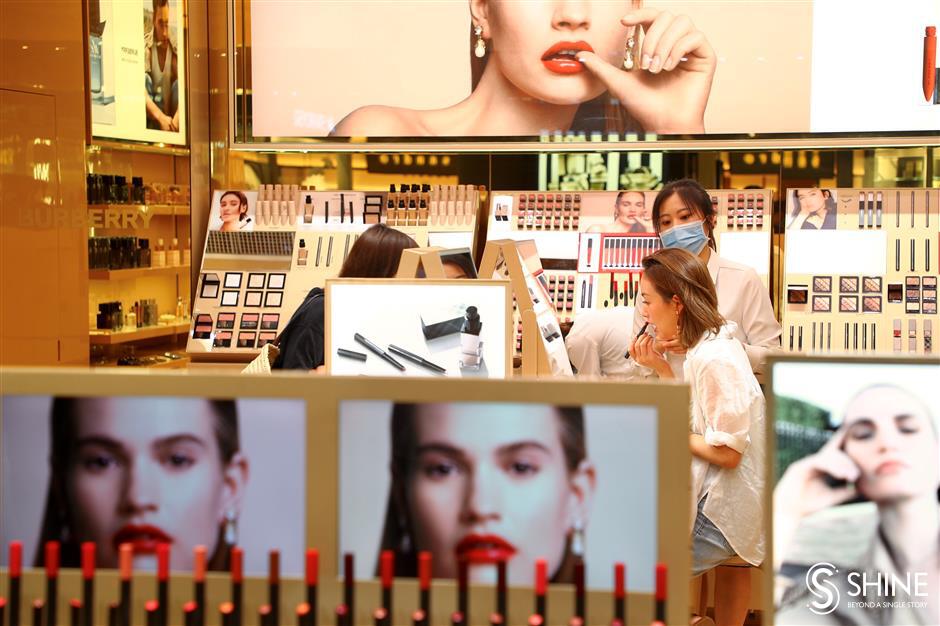 A customer tries lipsticks at a new cosmetics store at Hongqiao airport. 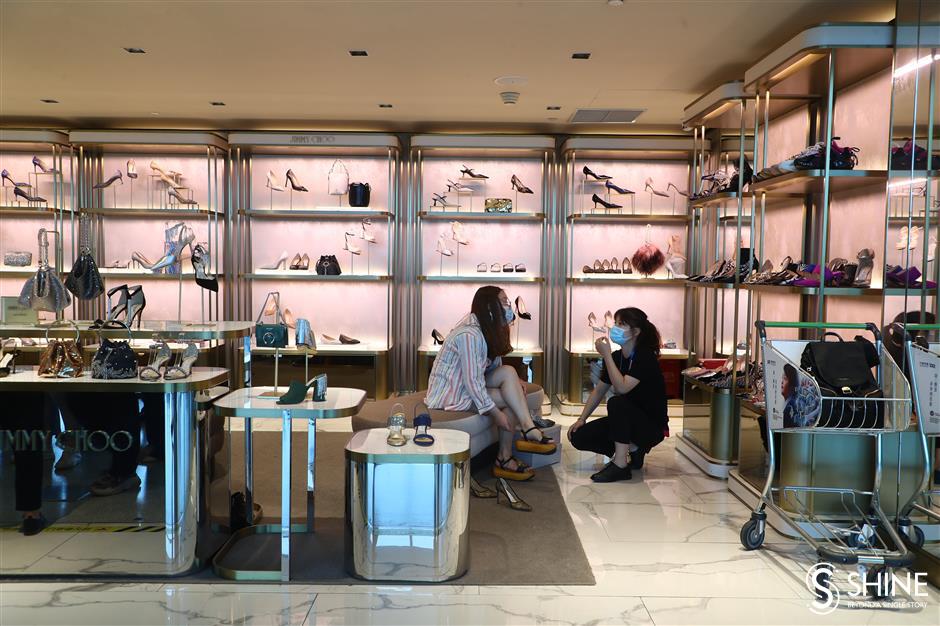 A customer tries on shows at a Jimmy Choo store.

They open between 6am and 10pm during the travel peak. In case of massive flight delays and cancellations, some of the restaurants will prolong their operation through the last flight.

To further encourage the air traveling to Guangzhou and Shenzhen in south Guangdong Province, the once popular routes that were affected by the COVID-19, the Hongqiao airport offers a 100-yuan coupon with the cost of 50 yuan to all travelers to or from the two cities. The coupon can be used at any stores or restaurants in the terminals by the end of September.

The airport also cooperates with China Eastern Airlines. Those spend 50 yuan via the airline's mobile payment app can be awarded with 500 credits of the carrier.

Global brands have strong confidence to the Hongqiao airport, Lai said. More popular brands are willing to open new stores in the terminal buildings, she added.

Chanel Beauty and French perfume brand Atelier Cologne have opened their first airport stores at the Hongqiao airport, followed by Burberry and Givenchy. Dior and Giorgio Armani also plan to open for business at the airport. In May, the New York City-based fastfood chain Shake Shack opened its outlet at the T2 terminal despite the novel coronavirus epidemic. 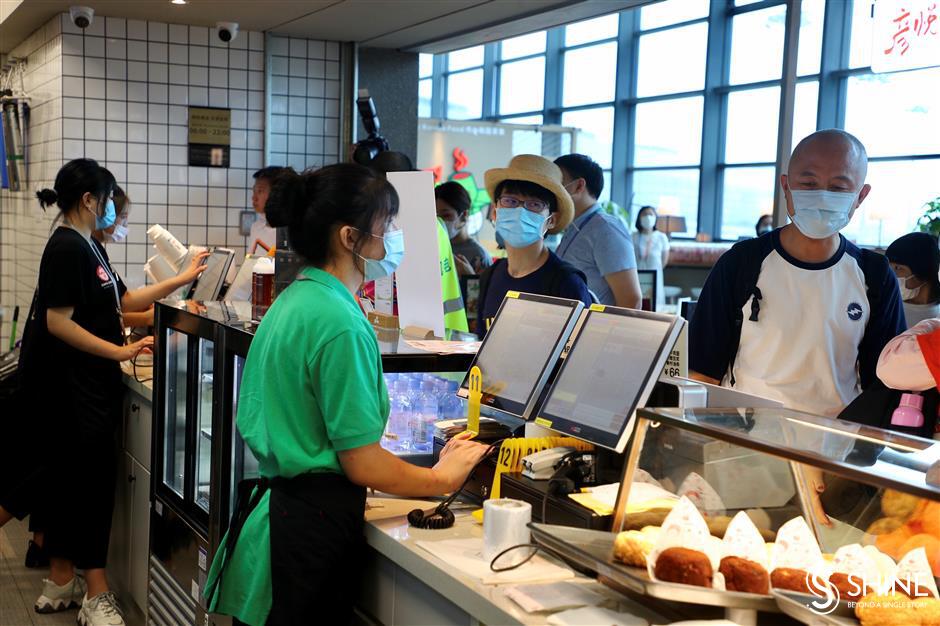 Customers line up for food at Hongqiao airport. 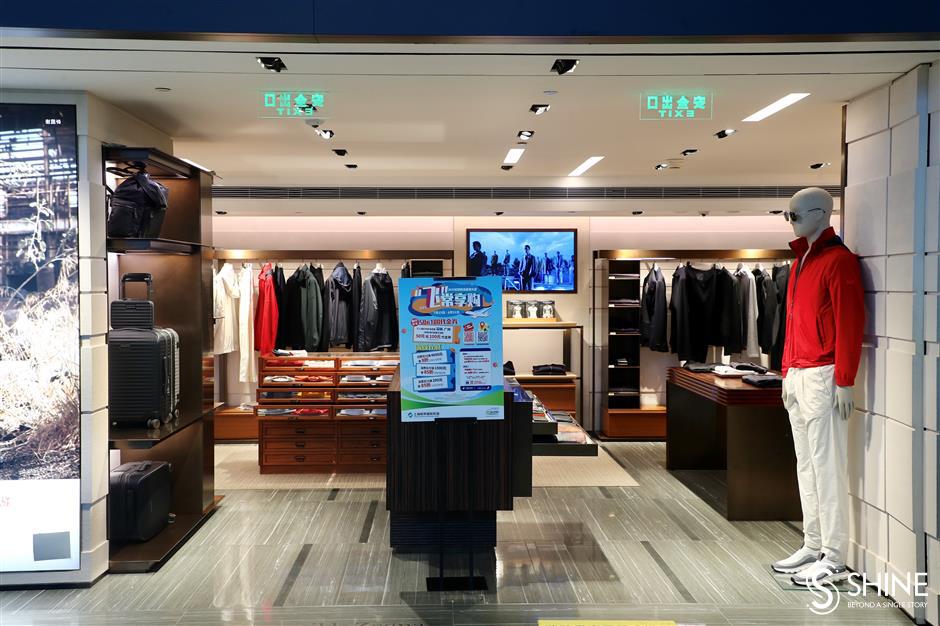 A store displays a poster about Hongqiao airport's promotional campaign. 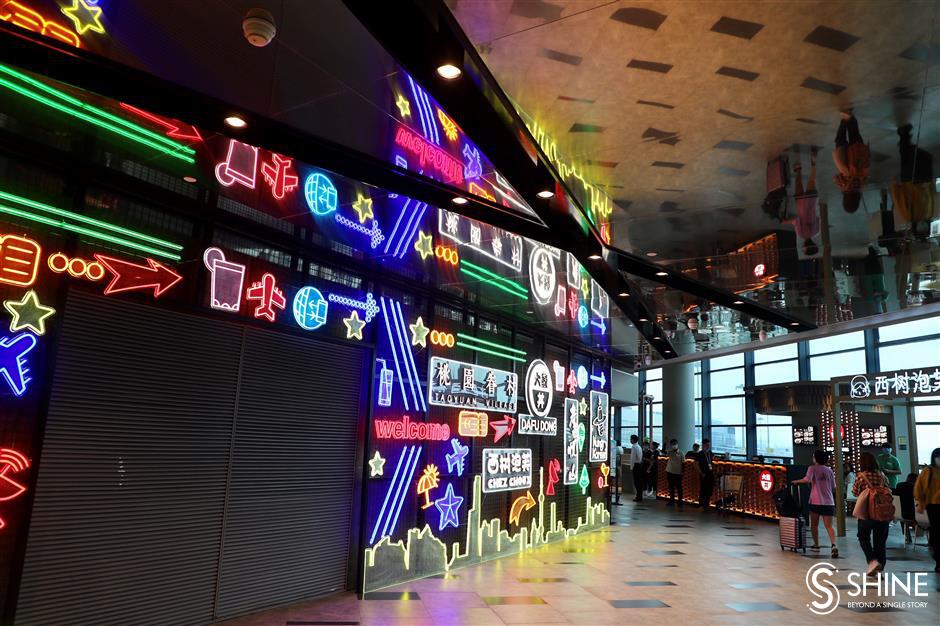 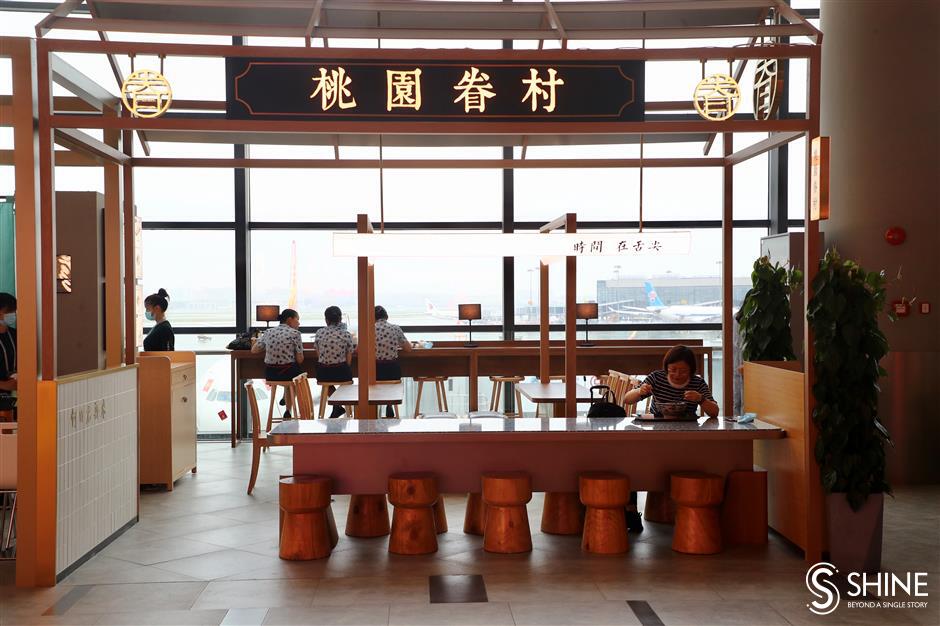 Flight attendants and travelers take a break at  the newly opened eatery at Hongqiao airport. 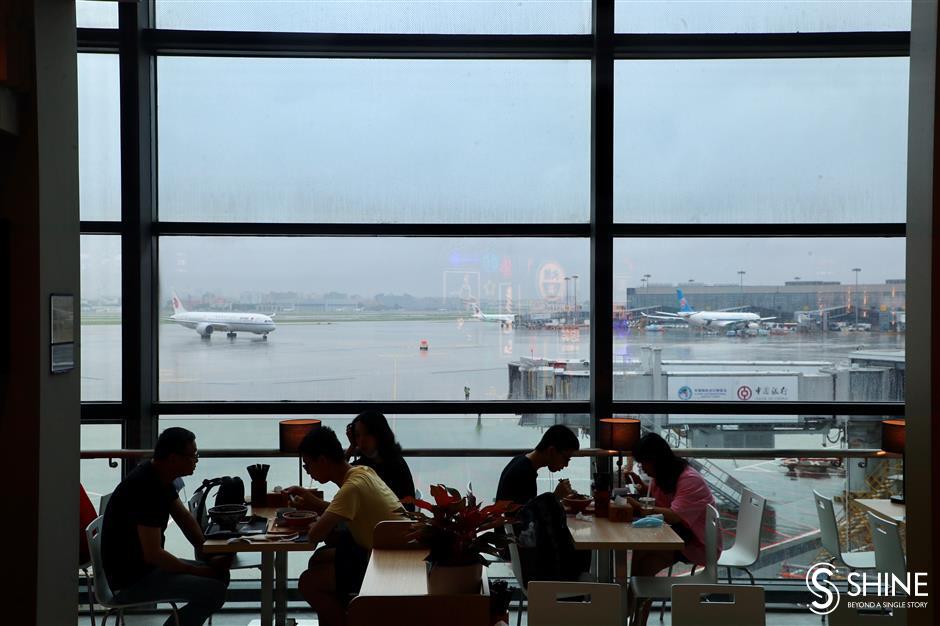 Customers at the newly opened food court at Hongqiao's T2 terminal can watch aircraft taking off and landing.