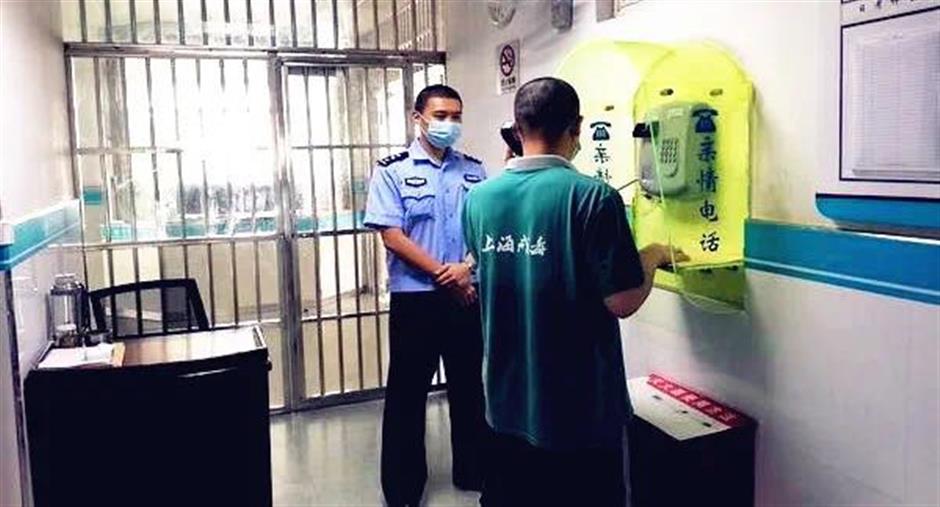 A drug user at Gaojing Drug Rehabilitation Center.calls his family living in a flood-affected area.

Drug users undergoing detoxification at Shanghai's Gaojing Drug Rehabilitation Center are being allowed to call their families living in flood-affected areas without limit to make them feel at ease, the city’s justice bureau said recently.

Over 33 million people in 27 provinces have been affected by floods including Zhejiang, Jiangxi and Anhui provinces, and so far more than 140 people are dead or missing.

In order to let inmates know whether their families are safe or not, the center has been allowing them unlimited phone calls since July 12, it said on Monday.

The center rules hold that inmates cannot call others without official permission, and the number and duration of telephone calls are restricted to avoid them contacting other drug users, Xu Jian, deputy director of the center, told Shanghai Daily on Tuesday.

Inmates with good behavior are generally allowed to make one to two calls a week, Xu said.

“As of Tuesday, these drug addicts have made 51 calls to their families,” Xu said.

One drug user, surnamed Zhang, called his wife and said: “I cannot accompany you to overcome the disaster and this is all my fault.”

Another inmate, Jia Wen, called his family on the phone to find out if they had been affected and to tell his brother to take care of their parents.

Center officials make arrangements for inmates to watch news about the floods on TV and also provides psychological counseling to ease anxieties, the bureau said. 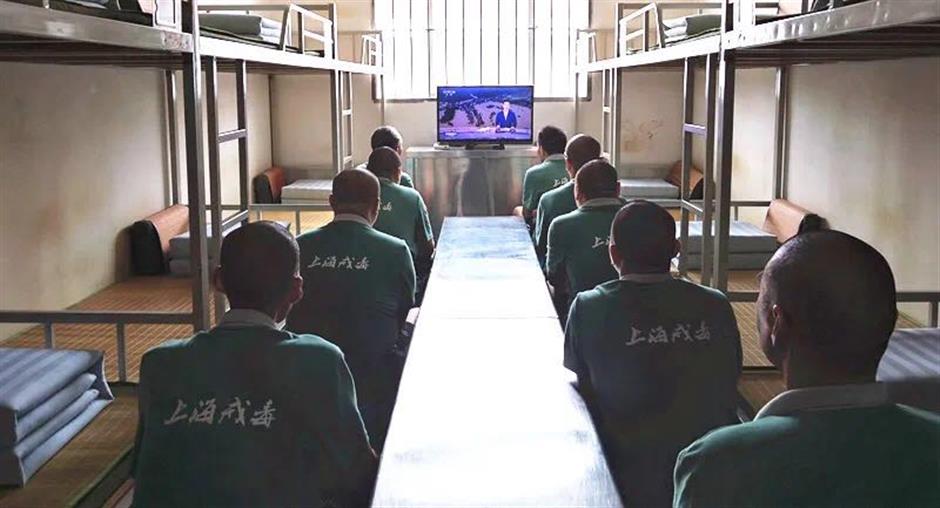 Inmates at the center watch the TV news about flooding in their home areas.

Similar measures were earlier put in place for users from Hubei, the province hit hard by the novel coronavirus epidemic.

Due to the pandemic, the reformatory has been under closed management since January 27, which means visits by family members had been canceled, Xu said.

Since February, inmates from Hubei have been able to call home whenever they want, Xu said.

A Biao (not his real name), one of those who benefited from the new measures, said that after watching TV news reports and seeing police officers wearing masks, he realized the pandemic was serious and began to worry about his family in Hubei.

He couldn’t sleep and lost his appetite. After the new measures were introduced, he had a long call with his family to ensure they were healthy and safe. Finally, the center said, he’s able to relax. 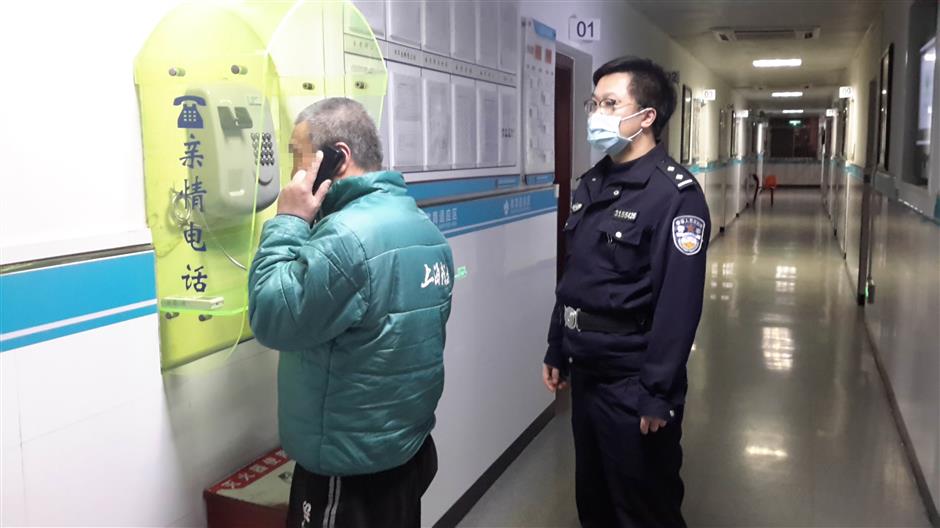 A Biao, whose family lives in Hubei Province, calls them to find out how they are coping after the novel coronavirus outbreak.

Inmates from the province have made more than 100 unlimited calls since the outbreak, Xu said.

A cloud system was put in place by the bureau in May to help inmates, Xu said.

Without visits, inmates, who have to stay in the center for two years to get off their drugs, may be homesick or have psychological issues. They are allowed to write letters whenever they want but that was too slow especially during the outbreak.

Xu said that through the new system, if the families want to communicate with inmates, they can make a video call at the judicial department in their area.