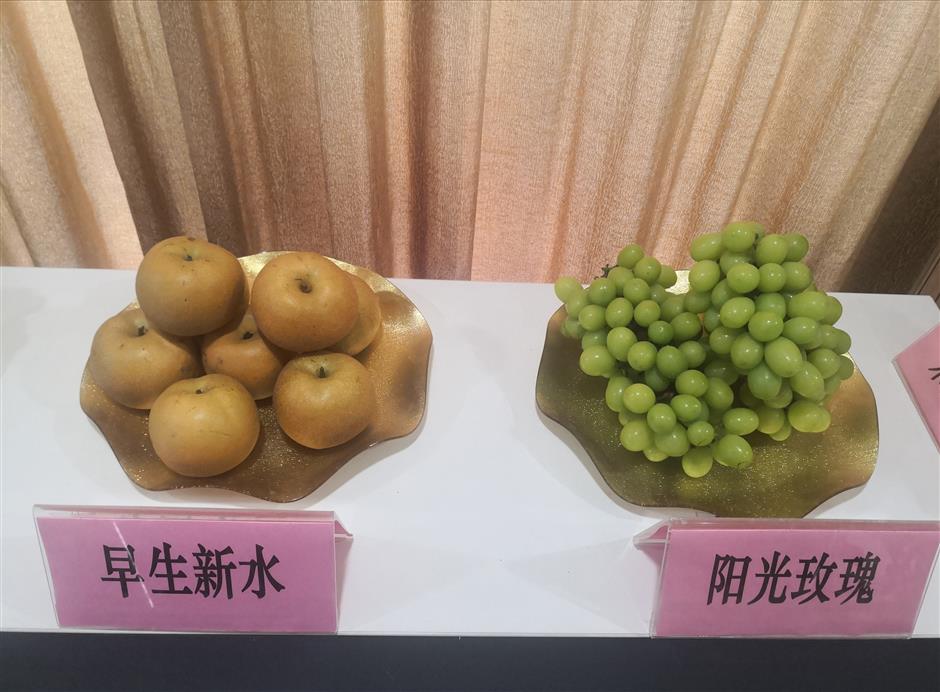 Fruit from the city's countryside.

More than 28 tons of fresh summer fruit was sold this week at five city parks, Shanghai's greenery authorities have announced.

The fruit on sale at city parks includes sweet and succulent Malu grapes, as well as Songjiang pears and peaches from Nanhui, Jinshan and Fengxian. They are delivered directly to the parks on the day of their picking to ensure maximum freshness.

The fruit is available at Yangpu Park, Changfeng Park, Luxun Park, Shanghai Botanical Garden and Zhabei Park for one month.

"The 42-day extremely long plum rain season this year had affected the sweetness of fruit, but the end of rainfall and rising temperature these days has accelerated the accumulation of sugar, making fruit taste sweet again," said Yang Chufeng, director of the station.

Grapes are major fruit on market in the city, while the sale of pears will continue till the end of August.

In a livestreaming event by officials from the bureau on Saturday, 160 boxes of quality fruit from the city's suburb were sold out in one hour.

Another 11 orchards in the city's countryside were accredited for excellence in safety and quality on Saturday based on criteria such as environment, planting processes, and test results of fruit, bringing the total figure to 83.

A wide variety of fruit like peach, pear, grape, tangerine, blueberry, and kiwi fruit are grown.

Five fruit-picking routes were released by greenery authorities on Saturday, stringing together orchards in the city's suburbs.