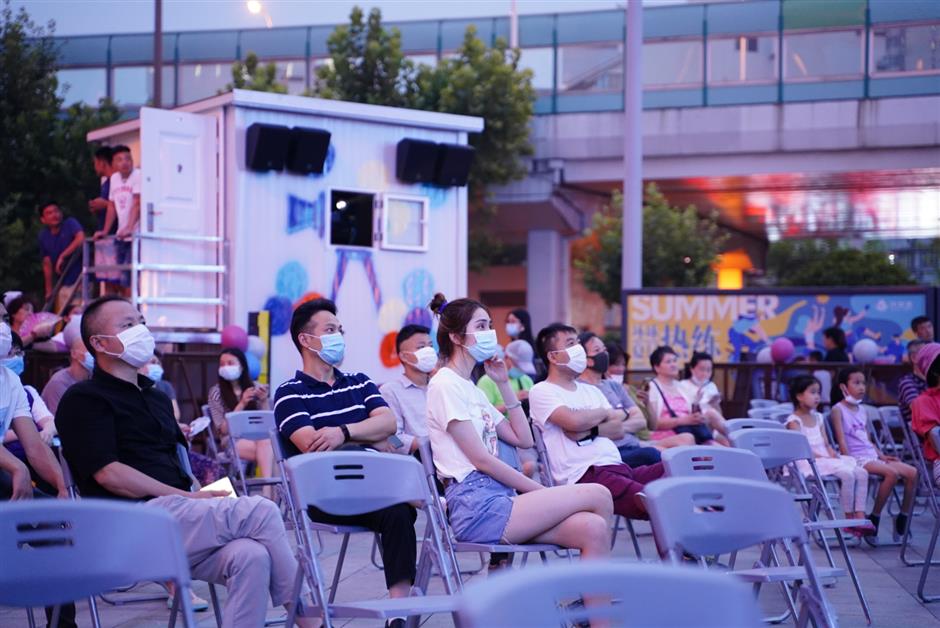 Outdoor movie screenings, usually held in rural regions with few cinemas, have become popular in Shanghai during the annual international film festival amid the coronavirus pandemic.

The Shanghai International Film Festival, which started on Saturday, will screen 14 outdoor classic films from both home and abroad free of charge through August 7.

The films, including the American Oscar-winning film "Green Book" and China's classic film "Crossroad," are being staged every night from Saturday at the northern plaza of the Global Harbor Mall in Putuo District.

The first movie, the highly acclaimed “Two Stage Sisters” by late filmmaker Xie Jin (1923-2008), was screened at the plaza on Saturday night, attracting about 100 viewers who made reservations online.

"I haven't been to the cinema for half a year and am still worried about seeing a movie indoors," said Li Zihui, an employee living in the nearby Baiyu Community. "The outdoor screening is the most ideal for me during the pandemic." 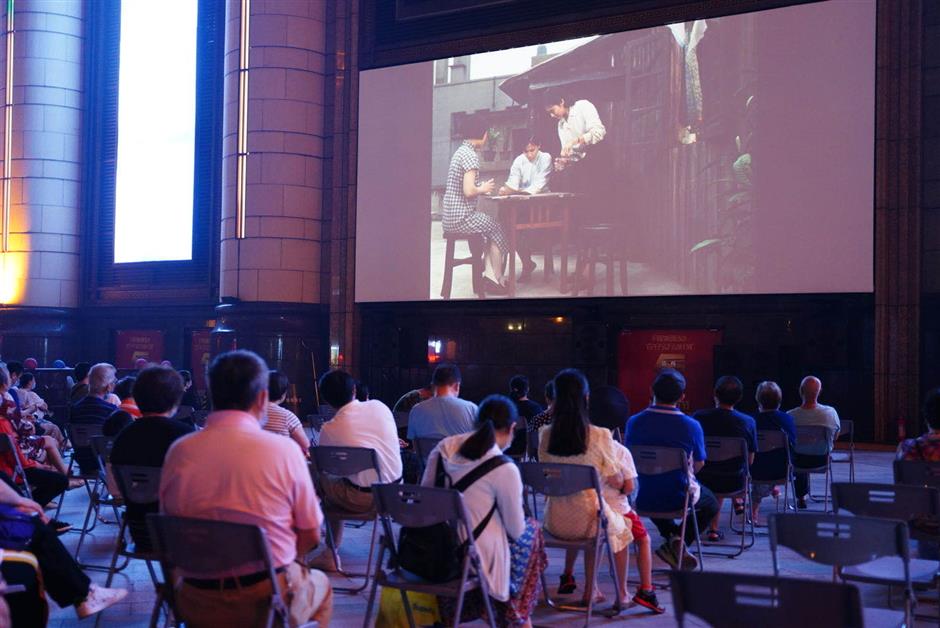 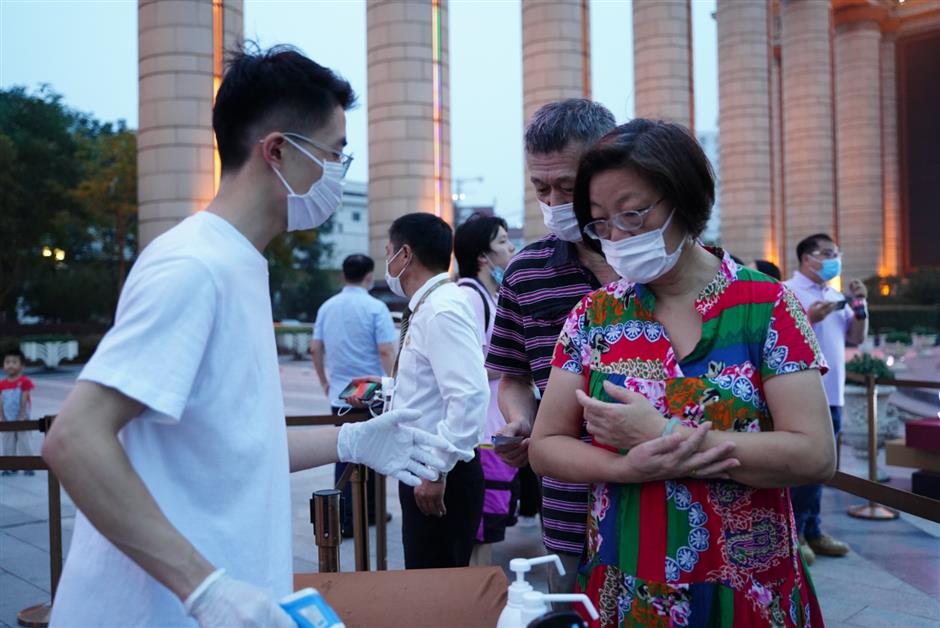 Cinema goers are required to wear masks and have their temperatures taken.

The movies are screened at 7pm every day with 100 seats are available for each movie. Audiences are required to make reservations beforehand by scanning a QR code or through the mall's wechat account (globalharbor-sh). They must have a temperature check, show their health code and wear masks. No food or drink is allowed, as well as the taking of photos and smoking.

More people will be admitted if seats are vacant 30 minutes after the beginning of each movie.

"The classic movies are shown in newly restored 4K versions on a six meter wide screen," said Xie Yi, an official with the Putuo culture and tourism bureau.

"A wide variety of movies have been selected to meet the demands of audiences of different ages," Xie said. The outdoor screening will be held regularly after the festival if popular.

Other movie to be screened include the French adventure film "Belle et Sébastien," popular Chinese film "End of Summer," French movie "Mademoiselle de Joncquières" and the 2017 US production "A dog's purpose." The schedule may change depending on the weather.

During the movie screenings, the Global Harbor mall is hosting an outdoor night market, featuring wanghong, or online sensation, food and band performances. 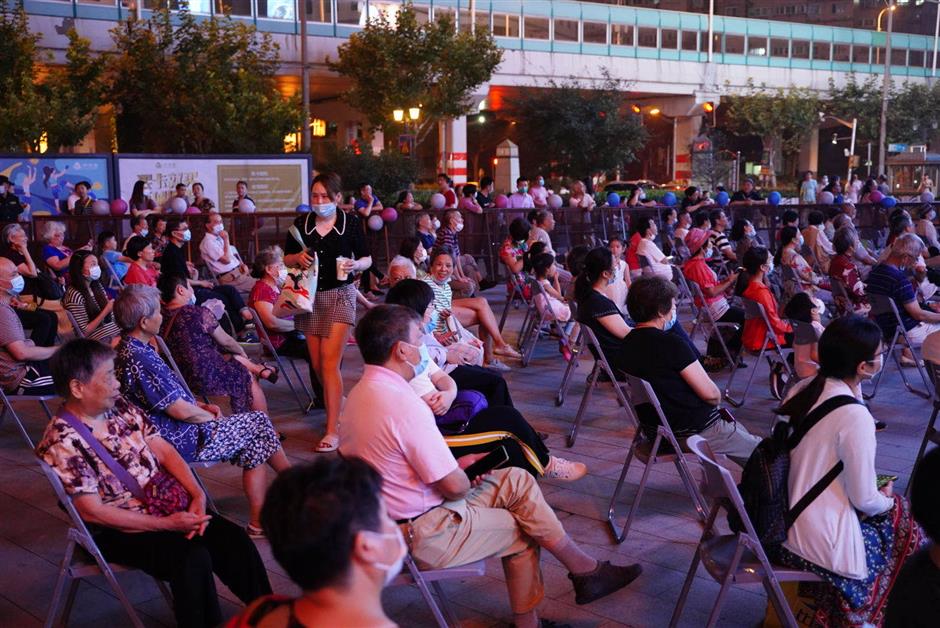 People without a reservation, mostly seniors, are admitted to the site 30 minutes after the beginning of each movie. 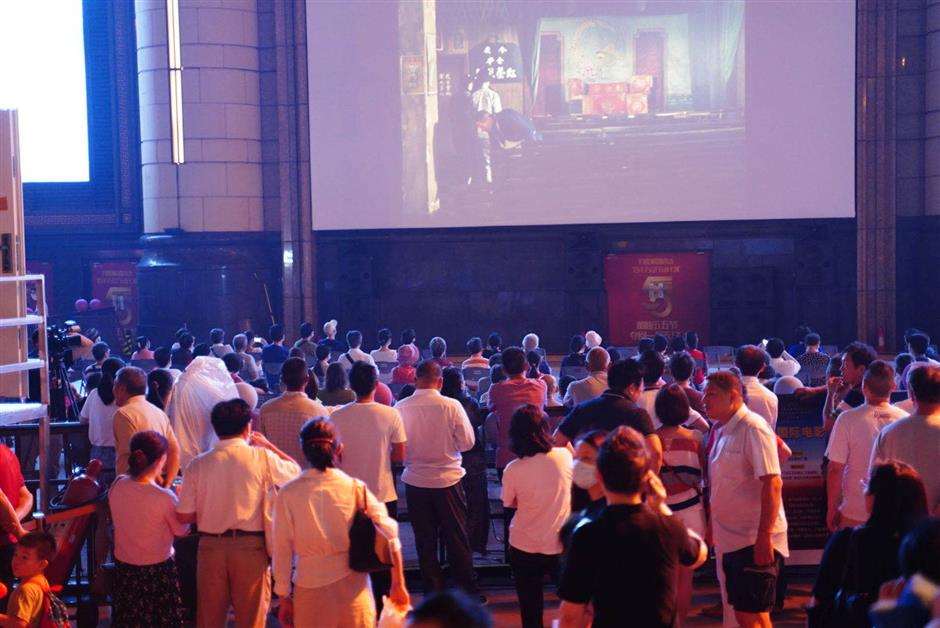