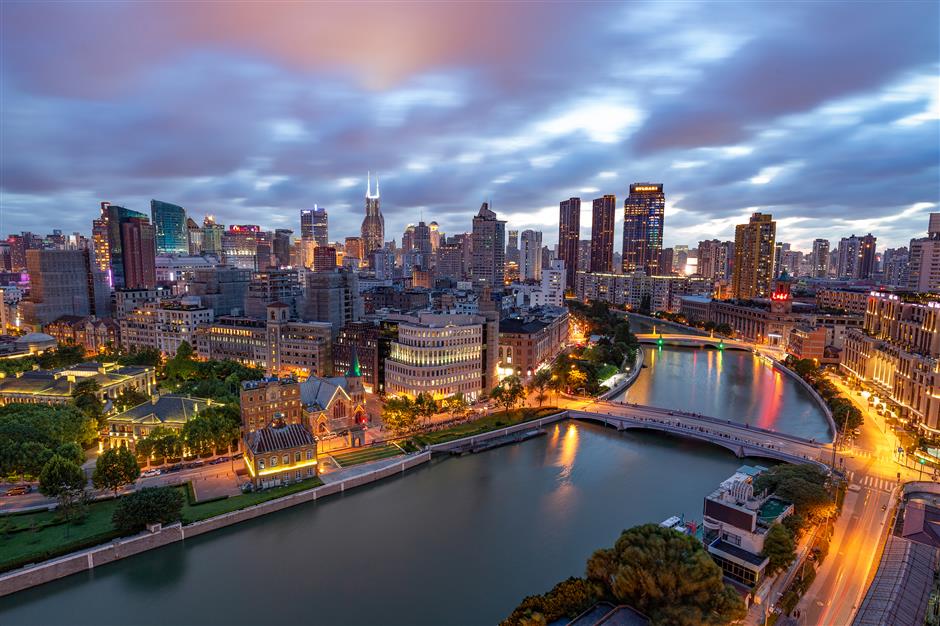 A night view of Suzhou Creek presents opportunities for photographers

A plan to improve public space along Suzhou Creek was unveiled on Tuesday, featuring three sections designed to enrich the visitor experience.

The east section between the creek’s estuary and the North-South Elevated Road will echo the long history of architecture along the creek, the Shanghai Greenery and Public Sanitation Bureau said. 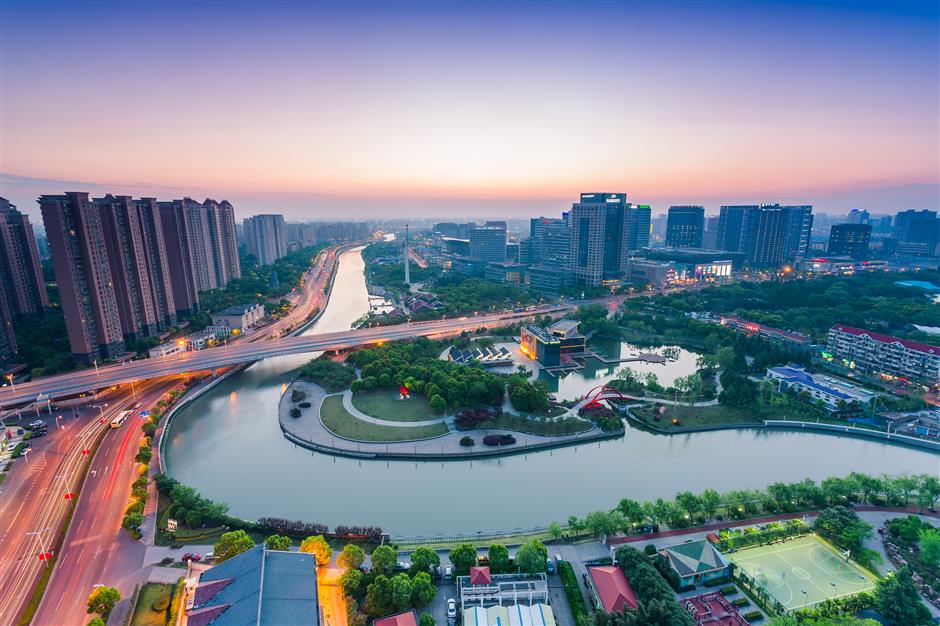 The plan involves 425 projects along the 42-kilometer creek, with 53 percent already started.

The plan involves 425 projects along the 42-kilometer creek, with 53 percent already started. By the end of the year, all projects in the east section are due to be completed, with the rest by June next year, according to the bureau.

They cover the management of water areas, facilities, outdoor advertisements and billboards, and the improvement of public facilities, the bureau said.

On the east side, a landscaping project in Hongkou District has been completed, involving 49 buildings, eight public spaces, 17 flower beds and 200 trees, said Shen Yi, deputy director of the bureau’s public sanitation management department. The area has a number of historical buildings.

"Residents and tourists are welcome to take a stroll on Waibaidu Bridge and the North Bund when night falls to appreciate the upgraded beautiful night view of architecture being illuminated, and shutterbugs are invited to take photos there," said Shen.

A landscaping project at Jiuzi Park in Huangpu District is almost complete.

In Huangpu District, trees such as red maples have been planted along the creek, covering 3,000 square meters.

"They add a splash of color to the creek," said Shen.

At Jiuzi Park in Huangpu District, known for the nine old longtang (back alleyway) games of Shanghai, a project involving the layout of space and plants has almost finished.

"We have made it more suitable for sports and leisure, and introduced hydrangeas and other flowering plants to lift its landscape," Shen said. 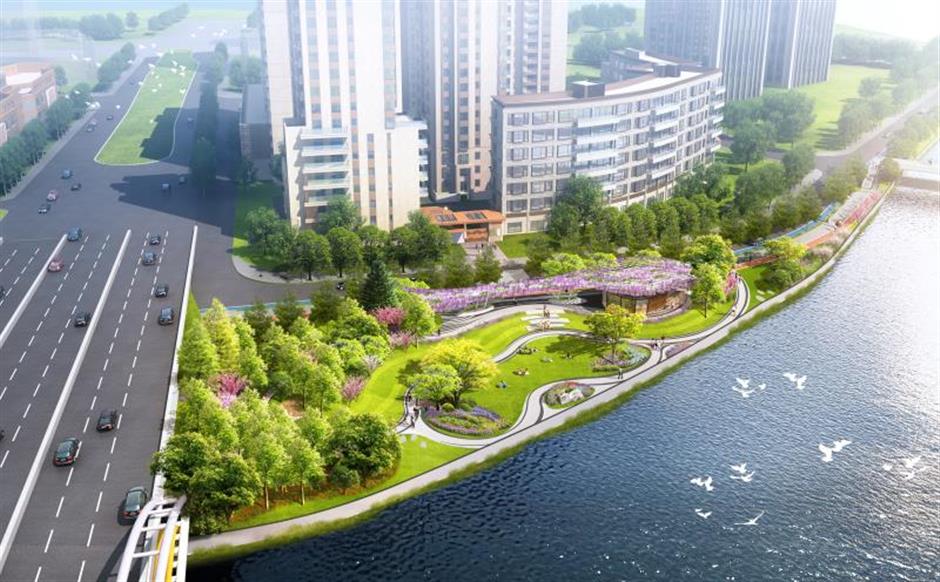 The Chang'an Road greenery area project is expected to be completed by October.

A project at Chang'an Road greenery area  in Jing'an District uses the symbols of Suzhou Creek — a textile mill and cotton mill representing modern industrial civilization — to demonstrate the traditional textile culture of the creek with a modern art approach, he said.

It is expected to be finished in October.

The new Shanghai Children's Library will be at the No. 1 Changfeng greenery area in Putuo District, with outdoor study and activity space for children, enabling them to experience nature.

The No. 2 Changfeng greenery area along the creek will create a landmark space blending reading and riverside leisure.

Both projects are underway.

A 5.6-kilometer west extension of a fitness track in Changning District is also under construction and due to be completed within the year, according to the bureau.

It strings together 10 public spaces including Zhongshan Park and Hongqiao Riverfront Park.