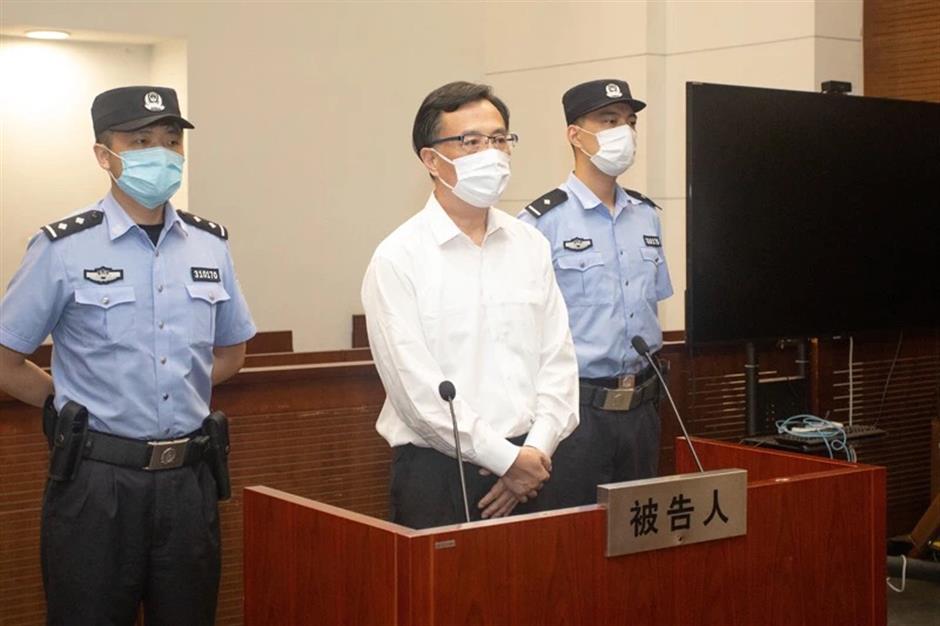 Chen Xiaofeng is seen during a hearing at Shanghai No.1 Intermediate People's Court on Friday.

Chen Xiaofeng, former deputy director of Songjiang District, was sentenced to seven years in jail, plus a fine of 700,000 yuan (US$100,170), over taking bribes and abusing his official powers, Shanghai No. 1 Intermediate People’s Court said on Friday.

According to an investigation, between 2004 and 2019, the 52-year-old took advantage of his position to benefit others and pocketed 7.51 million yuan in bribes.

Meanwhile, between 2010 and 2011, Zhongshan Subdistrict in Songjiang would recover the use rights to state-owned land of Minfeng Real Estate Corporation through share acquisition. Chen was the Party secretary of Zhongshan at that time. He wanted to make a profit from this deal, so he required Rongbei Industry and Trade Corporation, as an intermediary, to let the related assessing authority raise the appraised price of Minfeng. The price, which should have been 93.7 million yuan, was raised to 112.5 million yuan, the court said.

Chen pleaded guilty in court and all illegal money has been recovered, the authority said.

Chen has been expelled from the Communist Party of China. He was removed from his position in July last year and has stood trial at the court since December.