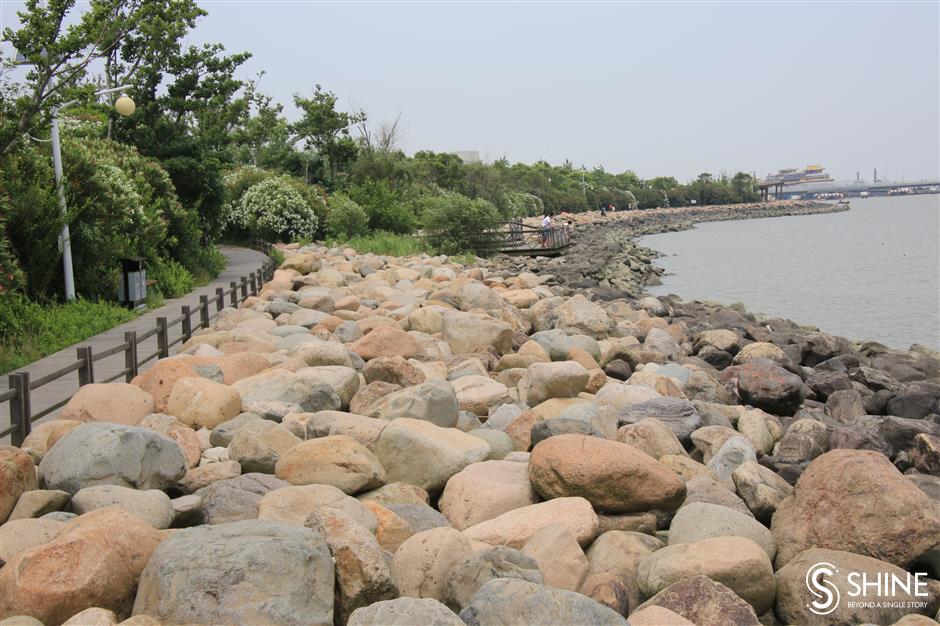 The riverbank in the Paotaiwan Wetland Park along the Yangtze River in Baoshan District.

A 6.8-kilometer waterfront section along the Yangtze River in north Baoshan District will open to the public in October.

The demonstration section of the Wusong waterfront where the Huangpu River meets the Yangtze aims to become a "colorful parlor" for the international cruise terminal, said Wang Hong, Party secretary of Baoshan.

It will feature sceneries at the mouth of Yangtze River, the cruise port and many cultural venues related to the history of the Communist Party of China and the city, Wang said.

"The cruise liner port and the memorial museums on the Songhu Battle (1932), the War of Resistance Against Japanese Aggression (1931-45) and the War of Liberation (1946-49) will be connected like a string of pearls," Wang told a press conference.

Construction is ongoing on the riverside region, taking advantage of the suspension of the cruise liner services at the Shanghai Wusongkou International Cruise Terminal due to the COVID-19 pandemic.

A 8.5-kilometer walking, jogging and cycling path will link up 10 service stations where people can enjoy the riverside scenery, have a cup of coffee and take a rest as well as read, charge mobile phones or receive medical services. 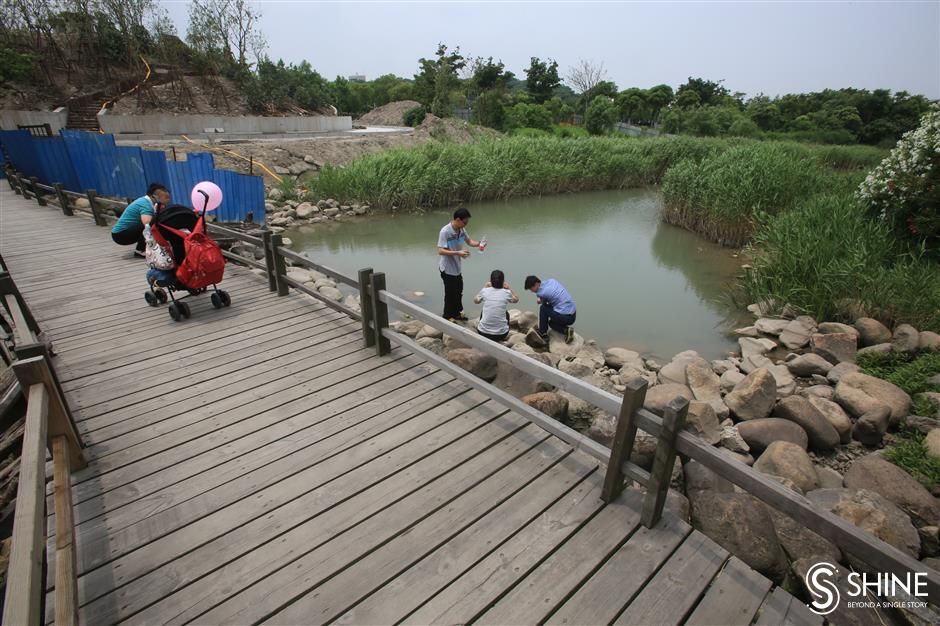 Visitors at the Paotaiwan Wetland Park in Baoshan District.

The parks along the waterfront, covering a total of 2 square kilometers, will be open to the public free along with the cruise terminal. They include the Paotaiwan Wetland Park, Binjiang Park and the Songhu Battle Memorial Park.

A quarry garden, dubbed the "Little Jiuzhaigou (a tourist destination in southwest China’s Sichuan Province)," and the park entrances will be renovated for visitors to take photos.

Sculptures and art installations will be solicited nationwide to showcase the history and culture of the Wusong area.

Sidewalks stretching 45 kilometers on the banks of the Huangpu River in downtown between Yangpu and Xupu bridges have been opened. Both sides of the Suzhou Creek riverbank, a total length of 42 kilometers, will be accessible to the public by the end of this year.

The city government plans to extend those paths both upstream and downstream, while improving services and scenery on the section that is already open.

According to a long-term 2035 blueprint, the Huangpu waterfront — stretching 61km between the Minpu No. 2 Bridge in suburban Minhang District and the Wusongkou port in northern Baoshan District at the mouth of the Yangtze River — is earmarked to be a “demonstration zone for the development of the global city of Shanghai.” 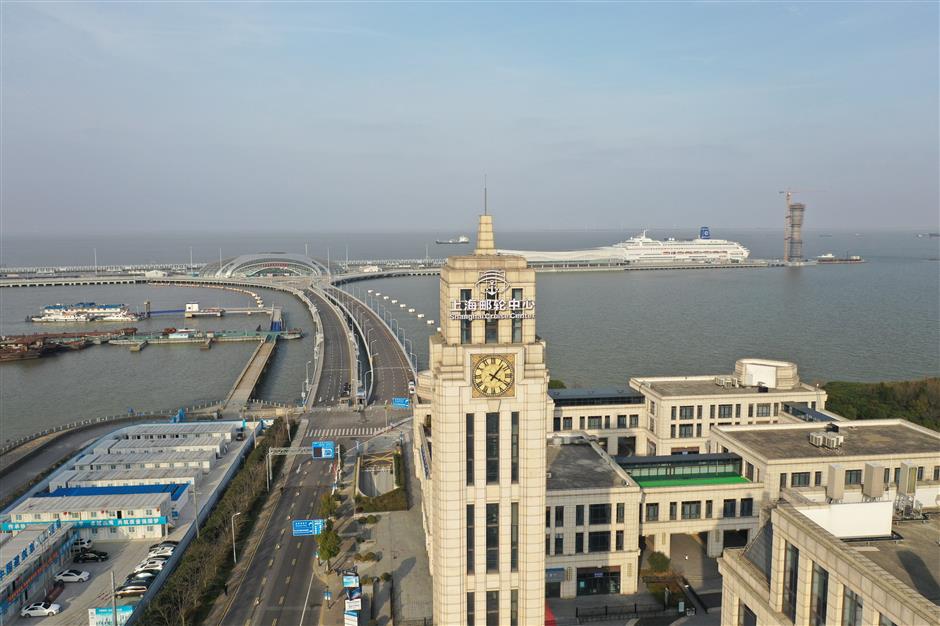