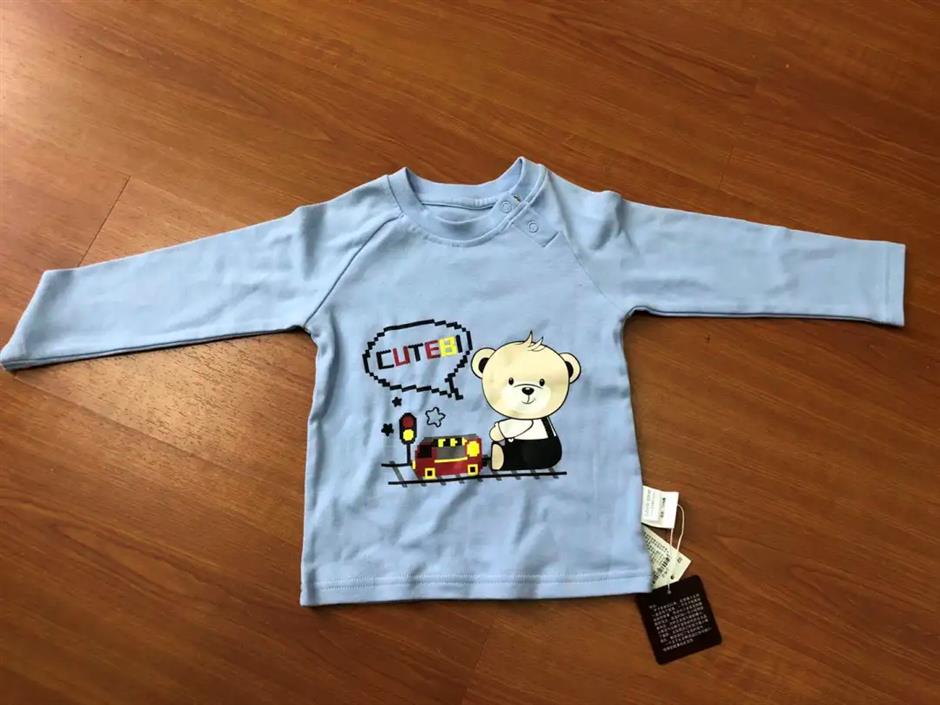 The children's shirt that is being recalled.

A refrigerator and a child's shirt have been recalled due to potential safety hazards, the city's market watchdog said on Thursday.

Nearly 40 refrigerators with batch number HS1182nR12005111380 produced by Shanghai Huasheng Home Appliances Co are being recalled as they could topple over and lead to injuries, the Shanghai Administration for Market Regulation said.

Buttons could become detached from the clothing and cause problems if young children ate them or put them inside their noses, the administration said.

Full refunds will be offered.