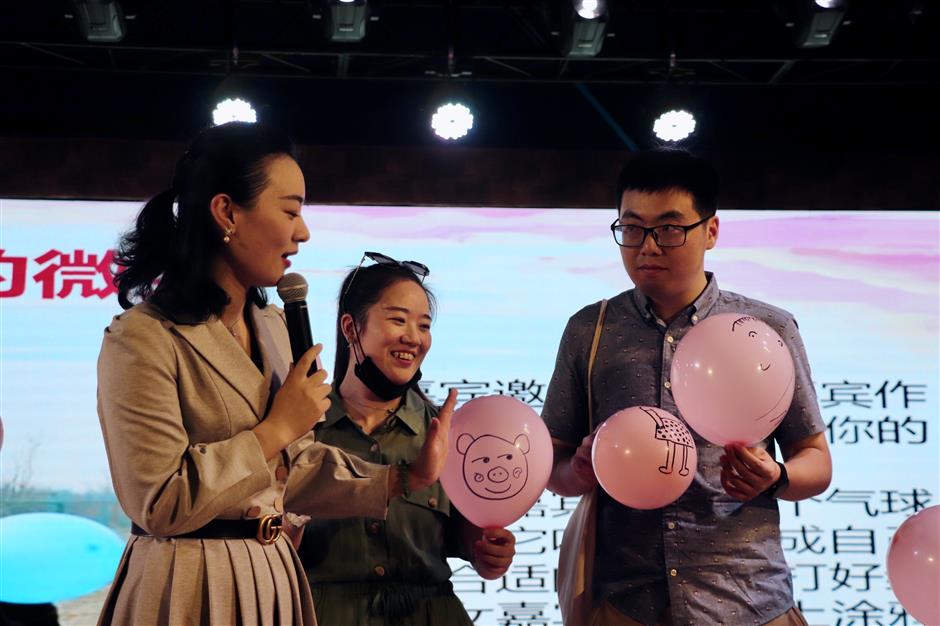 Participants play games during the matchmaking session in Qingpu District on Saturday. 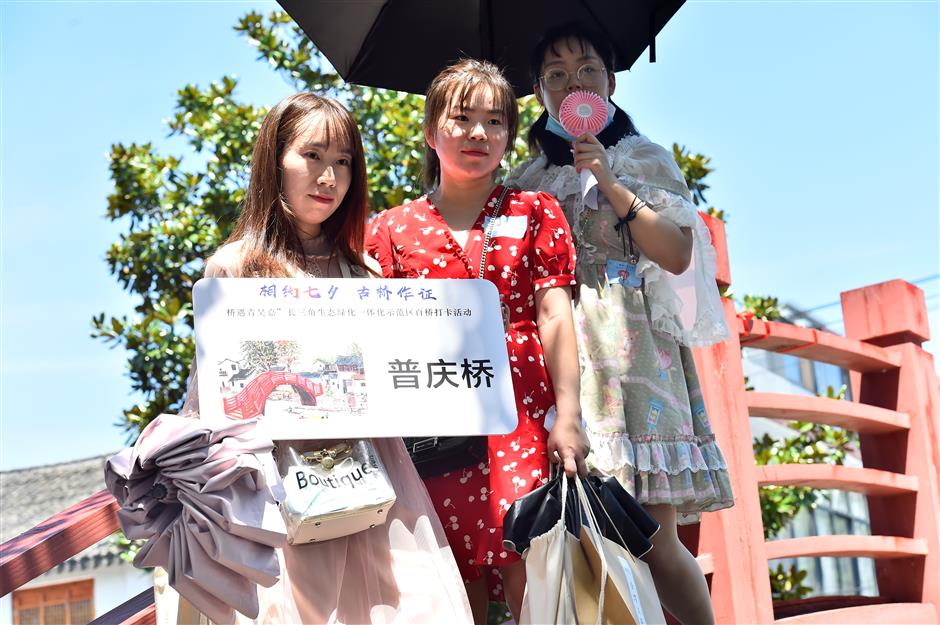 Love and romance was in the air in Jinze ancient town in Qingpu District on Saturday as 100 singles took part in a matchmaking event.

They played fun games and experienced the town's intangible cultural heritage ahead of the upcoming Qixi Festival, also known as the Chinese Valentine's Day which falls on August 25 this year.

The singles aged between 22 and 40 years old also tasted Jinze specialties such as Zhuangyuan (top scholars in the highest imperial examinations) cake.

And they accomplished a number of tasks on bridges such as Puji Bridge and Ruyi Bridge in the ancient town. 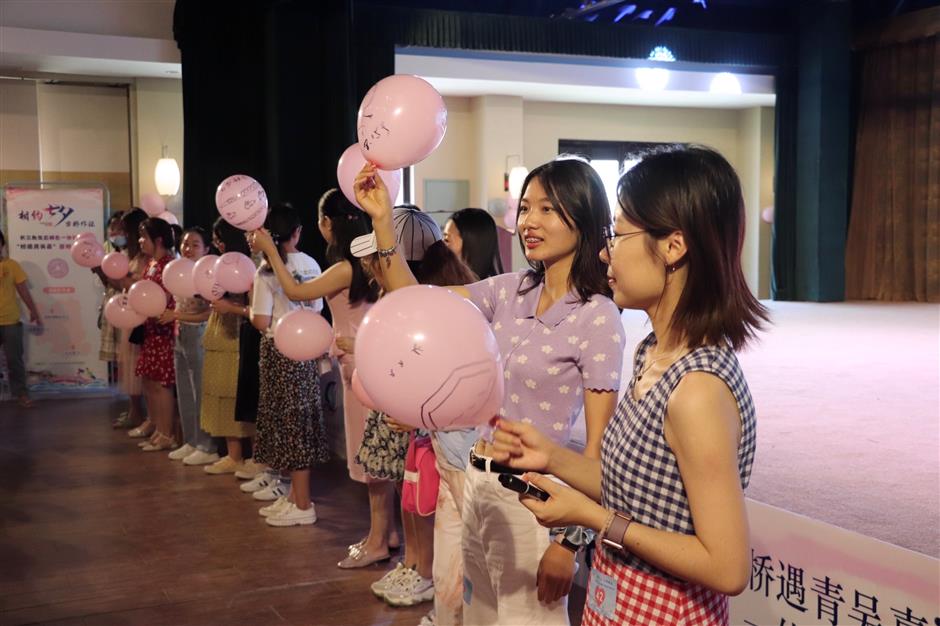 "My parents have put a lot of pressure on me with my age increasing, and they arranged a number of matchmaking sessions," said Jo Zhou, a 31-year-old Shanghainese working in Qingpu.

"It is the first time for me to attend such a group matchmaking," she said. "Games are a good way to learn about each other in such a beautiful ancient town. I am a little bit shy and I want my future partner to be sincere and wholehearted."

Kevin Yu, 33, from Hubei Province, said Zhou had made a good impression.

"She is the first female participant I met here and we have a good chat," he said, with a smile. Yu works in the tourism industry.

"It is my first time to attend such kind of group matchmaking and it was sort of embarrassing for so many strangers to gather with the purpose of marriage at the very beginning. All in all, it is good to make some friends if matchmaking fails," he said. "Friendship can also lead to a relationship." 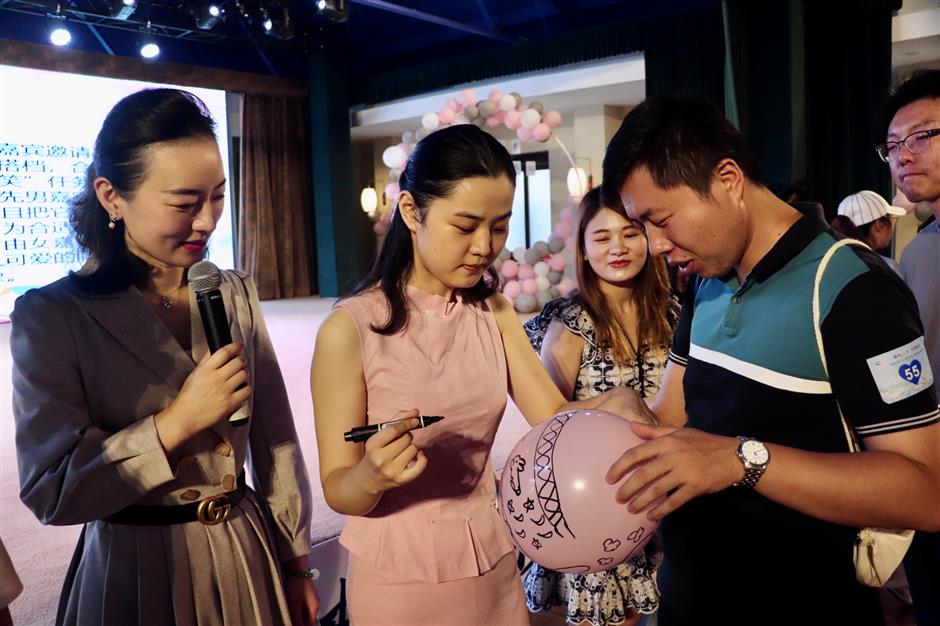 "Matchmaking with fewer people on short-distance travel is better, as people can get to know each other more quickly," Wu, who likes traveling, said. "I will not hurry into marriage until I meet my Mr Right, even if some deem singles at my age as 'leftover'."

During the event, a WeChat mini program inviting people to experience 100 bridges in the Yangtze River Delta Ecology and Greenery Integration Demonstration Zone was launched, kicking off a two-month activity.

Residents and tourists are invited to obtain an e-map of bridges in the zone via the mini program, visit bridges and upload their photos of these ancient bridges.

Those who upload photos of a certain number of bridges will be entitled to online lucky draws with gifts including hotel coupons, tourism souvenirs and tickets to tourist attractions, the Qingpu District Administration of Culture and Tourism announced.

It is part of the Yangtze River Delta region integration events, and is on the list of the 2020 Shanghai Tourism Festival to be held in September. The activity will last till October 15.

The first batch of bridges involved in the activity totals 77 in Qingpu District in Shanghai, Wujiang District in Jiangsu Province and Jiashan County in Zhejiang Province.

These include the Fangsheng Bridge spanning Shoucaogang River, a landmark in Jinze Town and the city's biggest and highest stone arch bridge, the Qingpu Rainbow Bridge, the longest arch bridge in the Yangtze River Delta region, and Wan'an Bridge in Jiashan which featured in "Mission Impossible III."

People can participate in the event via qptour, the WeChat account of Qingpu tourism.

A shutterbug competition inviting people to capture the beauty of these bridges will be held through October 15 as well. 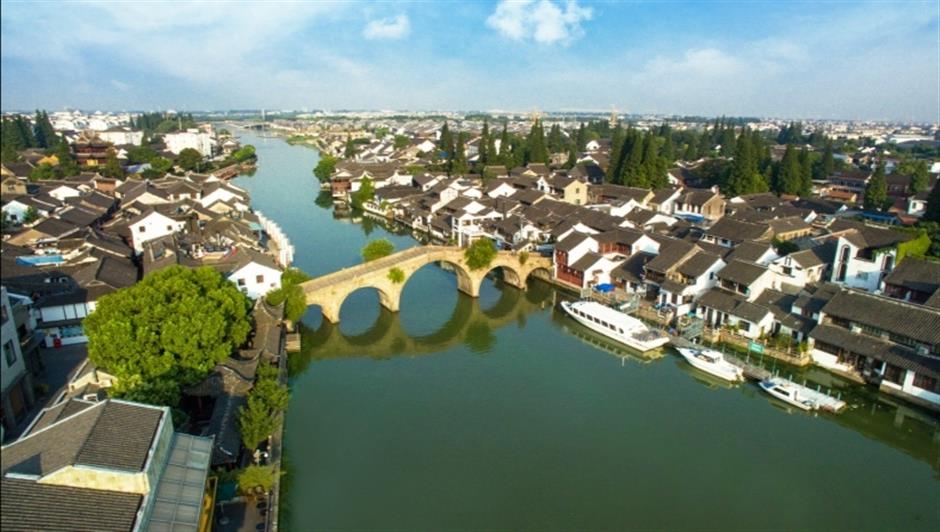