They aided the blind, now who will accompany these aging guide dogs? 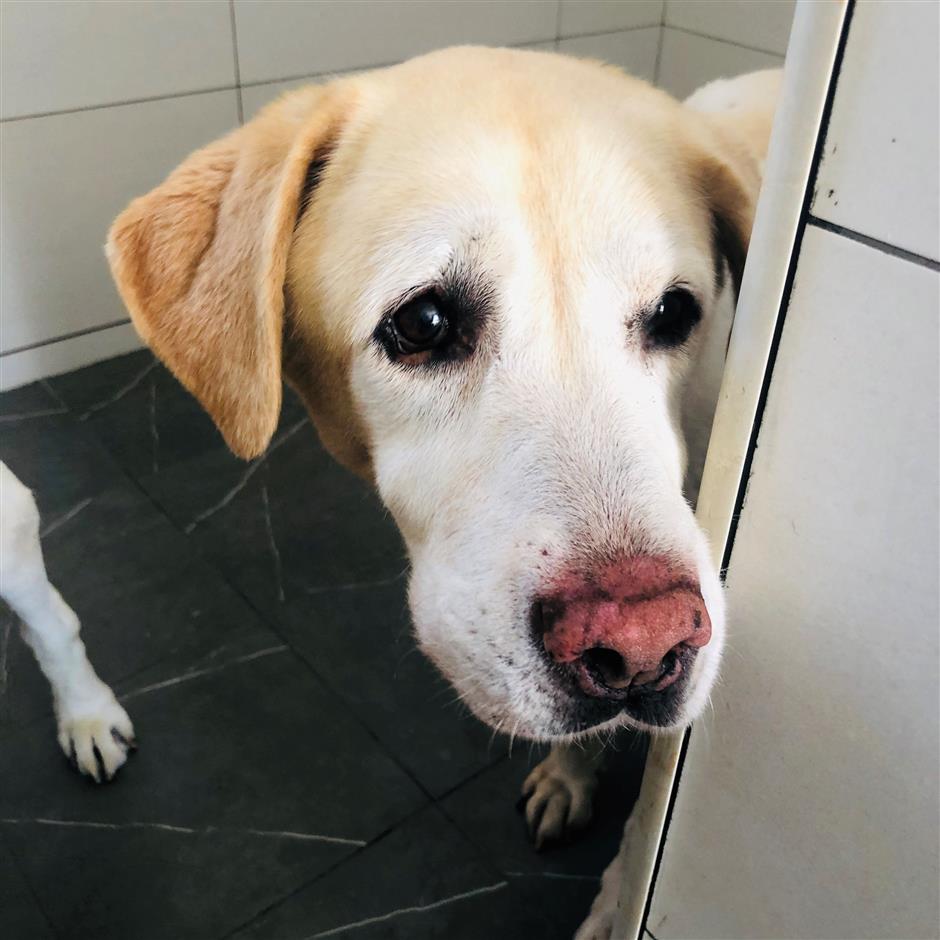 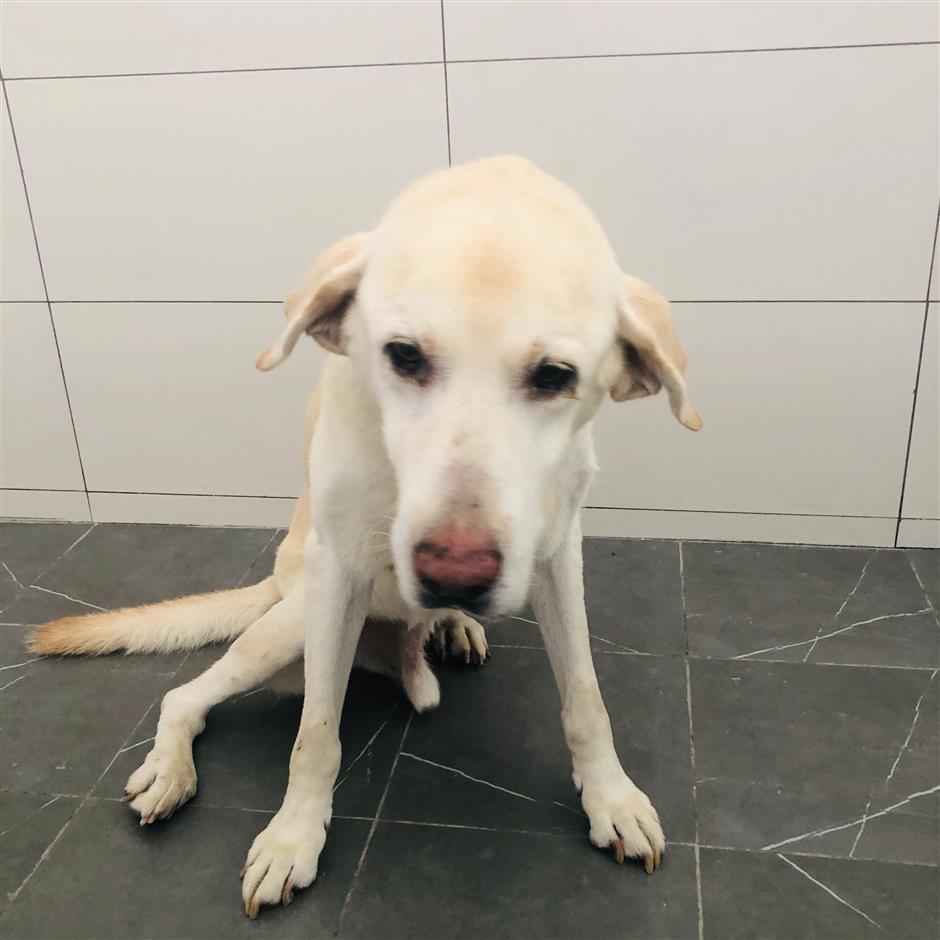 After many years of faithful service, two aging guide dogs are looking for warm-hearted owners who can take care of them in their twilight years.

Fang Yun (female) and Ta Zhang (male) are both 14-year-old Labradors, and both have assisted visually impaired humans for almost a decade. Since their retirement, they've been waiting nearly four years for someone to adopt them.

They were among the first batch of guide dogs which started service in Shanghai back in 2008. Some of these dogs remain with their service persons; others have died. At present, only Fang Yun and Ta Zhang are without homes.

They've been staying at the Shanghai Guide Dog School in Pudong New Area for four years, as their owners could not accommodate them after they retired. Their days at the school are mostly spent resting.

Fang Yun served a visually impaired person for eight years until he started moving slower when climbing stairs and became short of breath when walking. With these health problems, he was taken out of service. Ta Zhang was also retired due to age and poor health.

Most retired guide dogs are either fostered by their service persons, adopted by the families who assist in their training, or return to training centers for adoption, said Zhu Jun, a teacher at the school.

"The life span of Labradors is about 14 to 15 years, and we hope to find a warm home for them in their remaining years,” he said. 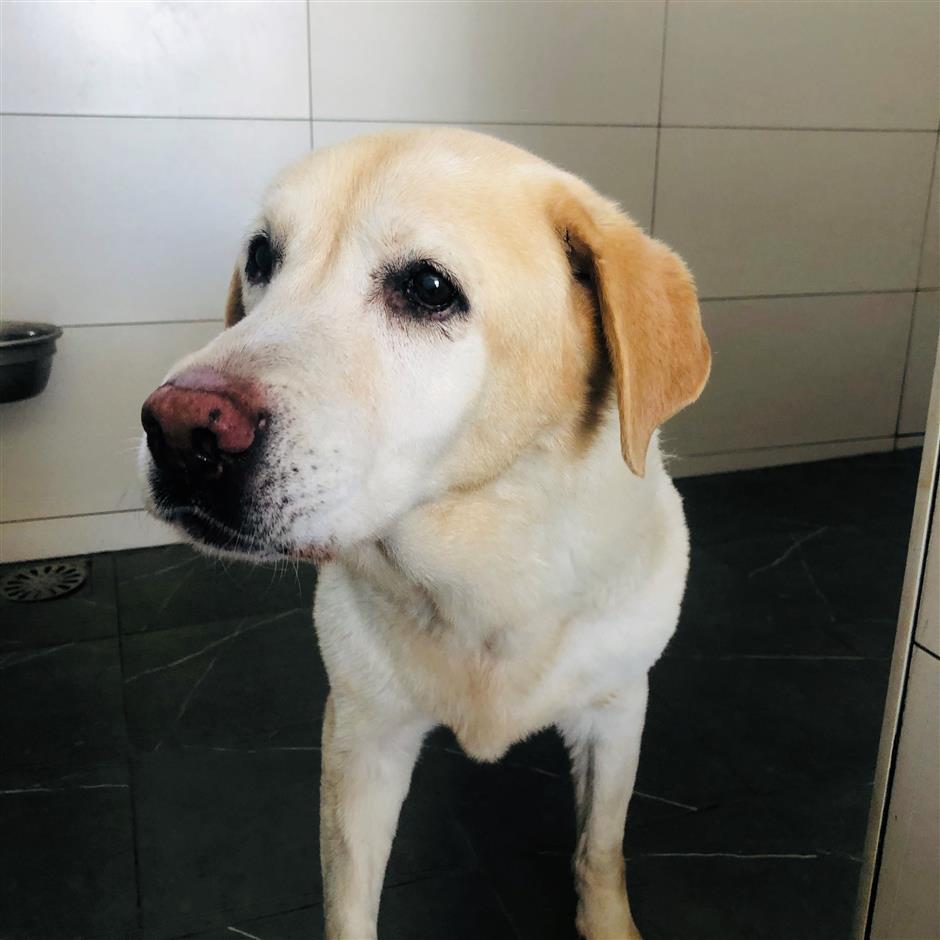 There are some criteria for prospective adopters: They should have property in Shanghai or permanently reside in the city. They should also plan to remain in the city after adoption, and should preferably have experience taking care of senior dogs.

"We will conduct evaluations of families who want to foster Fang Yun and Ta Zhang," said Zhu. "They should have enough time to spend with them."

"Adopting families should have a strong sense of responsibility and a loving heart," he added.

"We take Fang Yun and Ta Zhang on a walk every day and take good care of them, but family care is better for them," said Zhu.

Age is the main obstacle for the adoption of Fang Yun and Ta Zhang, he explained. Many families are reluctant to adopt animals which may only live for a short time.

"It's hard to say farewell after an adoption, and time for this pair is counting down," he said.

Emily Xiong, a Shanghai resident in her 20s, says she really wanted to adopt the dogs but her family rejected the idea.

"I was deeply moved when I saw a post about their adoption. I think guide dogs are great for lighting up the lives of the blind," she said. "I told my family about my plan, but they were opposed due to their age."

"We are meeting some families who have intentions to adopt, and we hope to have good results," said Zhu. 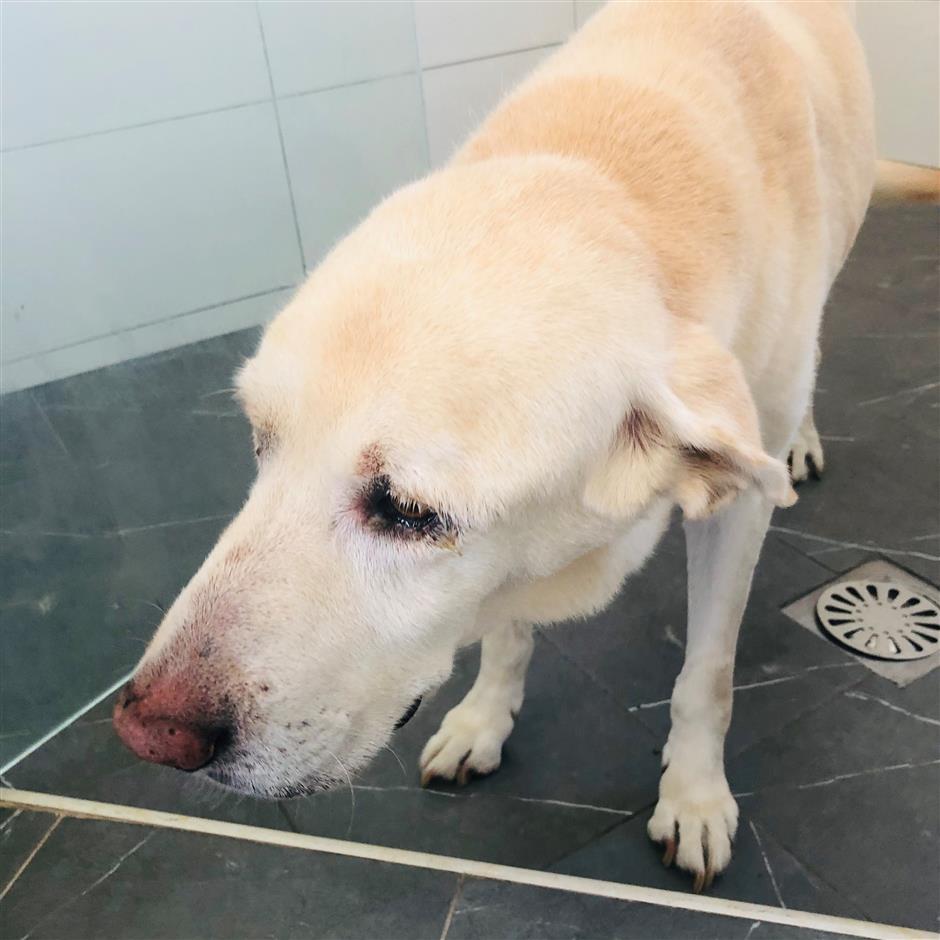 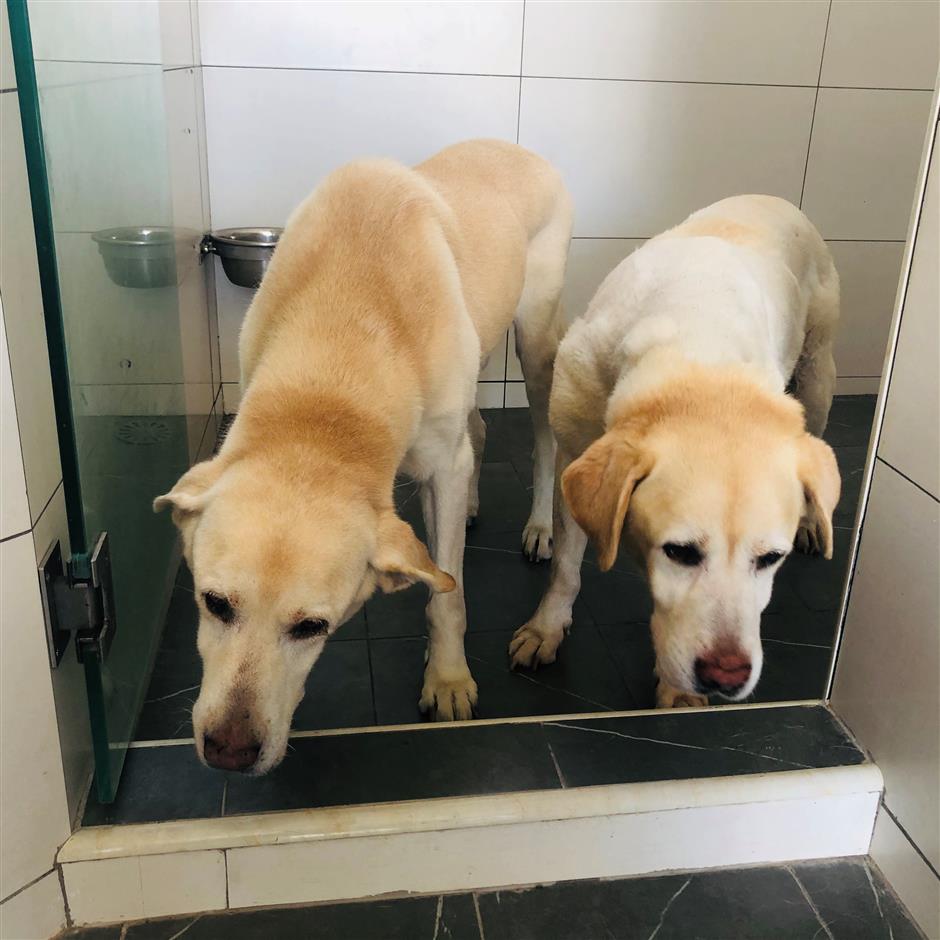 There are currently 37 guide dogs in service in Shanghai, and there are dogs retiring every year.

Guide dogs serve as "eyes" for the blind. About 45 days after birth at training bases, they are placed with families who acclimate them to domestic life and interactions with humans. When they are one year old, they return to training centers, where they receive four to six months of professional training. They need to pass a series of exams before they are allowed to start work.

Fang Ru, the first guide dog in the city, lives with Shanghai resident Hu Lin, 38, after retirement in 2018.

Fang Ru, 12, and Hu never go anywhere without one another.

"She is like my daughter and I want to accompany her through the end of her life," said Hu.