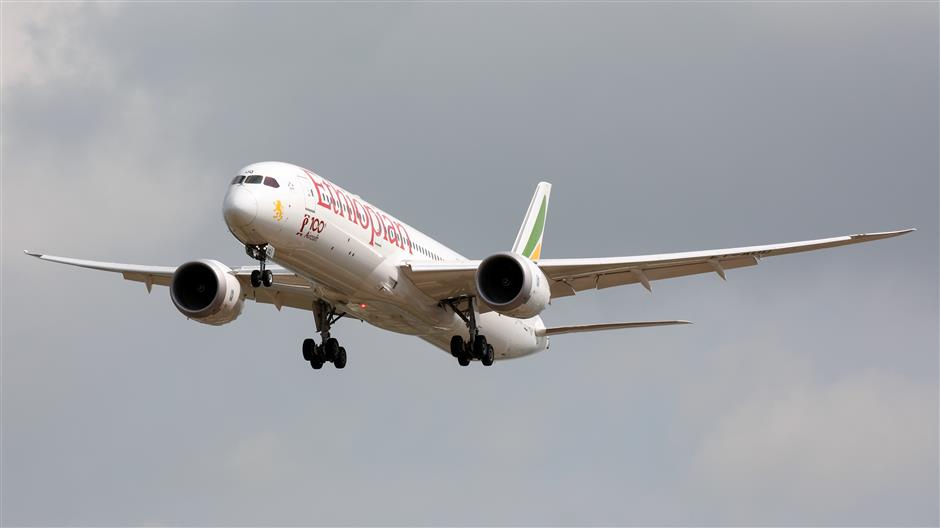 An Ethiopian Airlines' flight from Addis Ababa to Shanghai will be suspended for a week from August 31 after passengers tested positive for COVID-19, China's civil aviation authority said on Wednesday.

It is the seventh suspension of international flights to Shanghai by the Civil Aviation Administration of China (CAAC) in two weeks. Flights of four international and domestic airlines have been suspended for one to four weeks.

According to CAAC policy, if all inbound passengers on an airline test negative for three weeks in a row, it will be allowed to increase its number of flights to two per week.

If five passengers test positive, the airline's flights will be suspended for a week. The suspension will be four weeks if at least 10 passengers on the same flight test positive.

Etihad Airways's flight EY862 from Abu Dhabi to Shanghai was suspended for one week from August 17. The suspension was prolonged for another week from August 24 as more imported COVID-19 cases were detected.

China Eastern's flight MU212 from Manila to Shanghai has been suspended twice by the CAAC for a total of two weeks from August 17 through 30.

Other airlines punished were SriLankan Airlines and Shanghai-based Juneyao Airlines. SriLankan's flight UL866 from Colombo to Shanghai was halted for four weeks from August 17 after 23 passengers tested positive for COVID-19 on August 7.

Nationwide, over 10 flights have been suspended since the policy was introduced on June 4 to contain the spread of the virus.

The city reported four more imported novel coronavirus cases on Tuesday. So far, of all the 544 imported cases, 470 people have recovered while 74 are still in hospital, Shanghai Health Commission said on Wednesday morning.