An office building at the Shanghai Future Office Park in north Baoshan District.

A new innovation park will open in Shanghai's northern suburbs on Sunday will offer a look into the future of offices and office life.

Jointly developed by Baoshan and the Pudong New Area, the park is in the core region of Baoshan Industry Park, Shanghai's last approved major industry park.

A residential community, including a sport and culture center, an international medical center and shopping malls, has been built beside the office park. A building with 180 apartments will serve professionals and employees working in park.

Nearly 200 companies, with total registered capital of 1.6 billion yuan (US$236 million), have signed to become the first batch of firms to base in the park. Nearly 1,000 employees will work and live there when the first phase of the project opens. 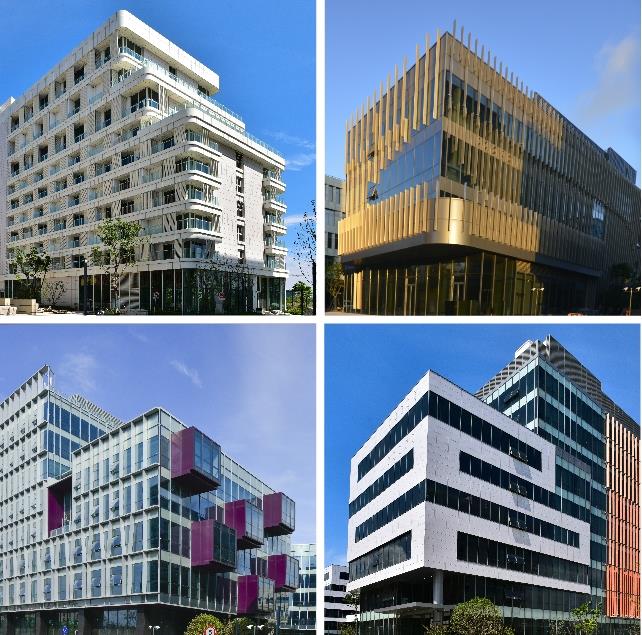 Various styles of office buildings at the Shanghai Future Office Park in Baoshan.

Weijian Tech, a robotics company, has rented an office space of 1,200 square meters for its headquarters in the park. Liang Yanxue, founder of the company, once served as chief researcher of FANUC and now focuses on AI robots which can paint walls, wrap steel beams or lay ground tiles.

“Half of our employees to work in the park will be professionals with doctor or master degrees,” said an HR official with the company.

Baoshan Industry Park near the mouth of Yangtze River covers a planned area of 20.54 square kilometers. It was approved by the city government in February 2013 as the last city-level industry park.

It was initially planned to support the Baosteel Group. As the state-owned conglomerate has mostly relocated for Baoshan’s industrial transformation and environment, the park has also shifted to emerging high-tech industries from traditional sectors, said Zhu.

Nearly 300 companies have moved to the sub-parks with total investment of over 25 billion yuan, while 60 percent of the park has been under development.

The international cruise liner industry park, jointly developed with state-owned CSSC and Italian shipbuilding giant Fincantieri, has become a leading zone for China’s cruise liner development. The first of its kind in China, the park was initially launched in October 2016 amid the nation’s booming cruise liner travel trends and industrial development.

In 2017, Baoshan signed a letter of intent with CSSC, the nation’s largest shipbuilder, and Italian shipbuilder Fincantieri. Under the scheme, China’s first domestically developed luxury cruise liner is expected to set off on its maiden voyage from Baoshan around 2023. 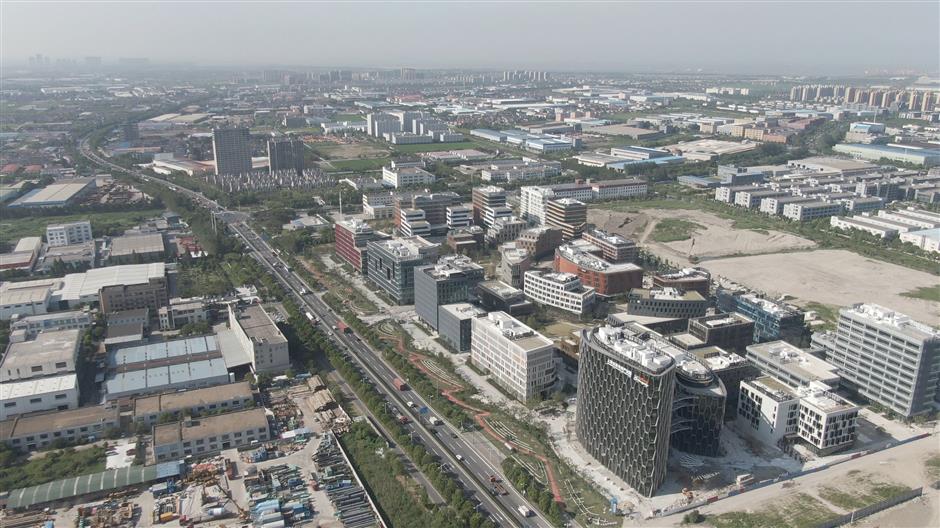