Exhibition all dressed up to be a success 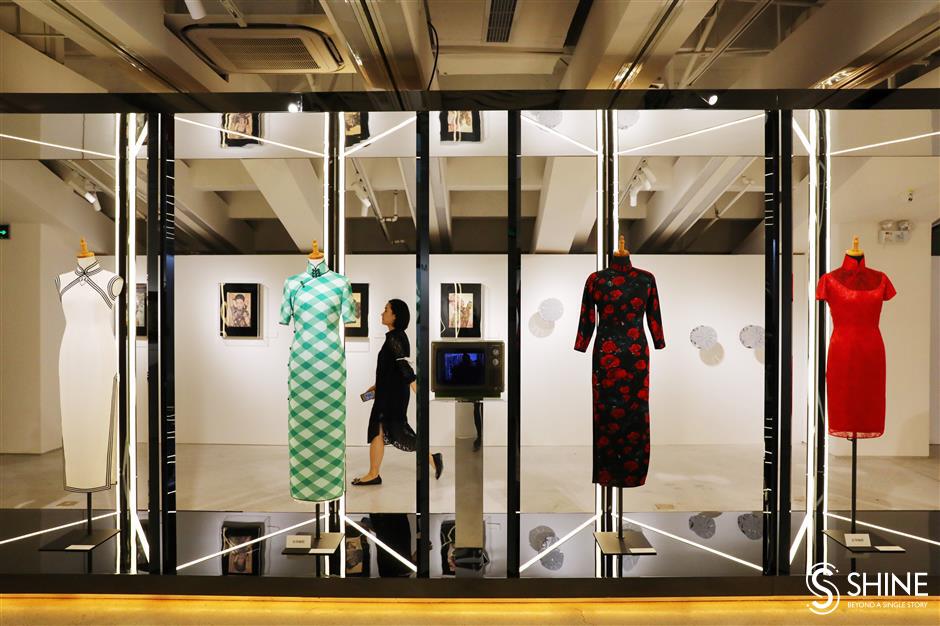 The exhibition features seven Cheongsams of the same type worn in films. 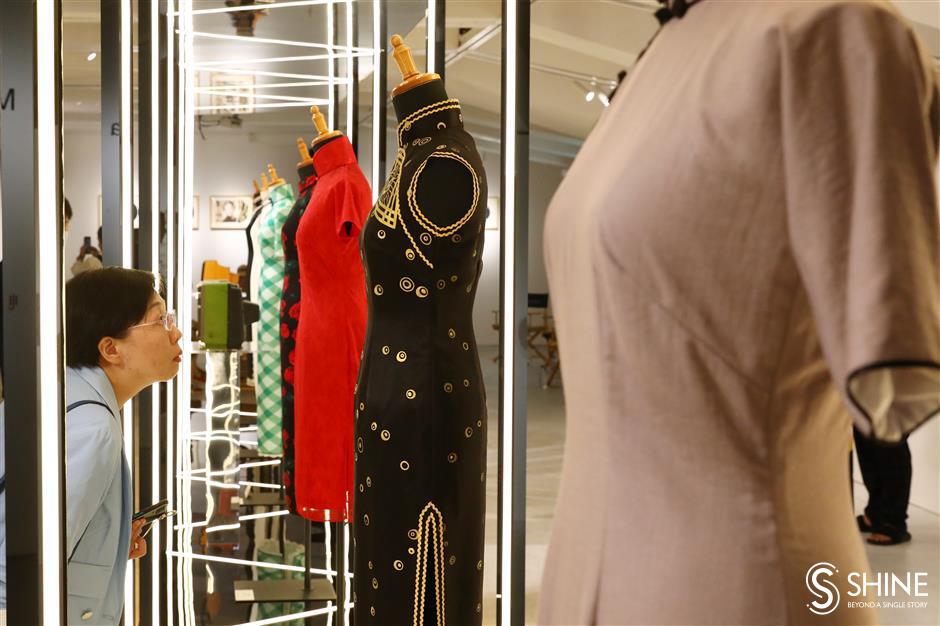 A visitor takes a close look at a Cheongsam.

An exhibition of film, Cheongsams and vinyl records opened in Xuhui District on Sunday as part of the 2020 Shanghai Tourism Festival.

It offers visitors a glimpse of the elegance and charm of Haipai (Shanghai-style) culture.

Seven Cheongsams of the same types worn in films such as "Goddess" (1934), "Spring River Flows East" (1947) and "In the Mood for Love" (2000) by film stars like Ruan Lingyu, the most celebrated actress of Chinese cinema in the 1930s, and Hong Kong actress Maggie Cheung are on display.

The dialogue of classic and fashion, old and new enables people to savor the glamour of Haipai (Shanghai-style) culture and classic Cheongsams, the exhibition's organizer said.

The Cheongsams are from the collection of the Shanghai Film Museum. 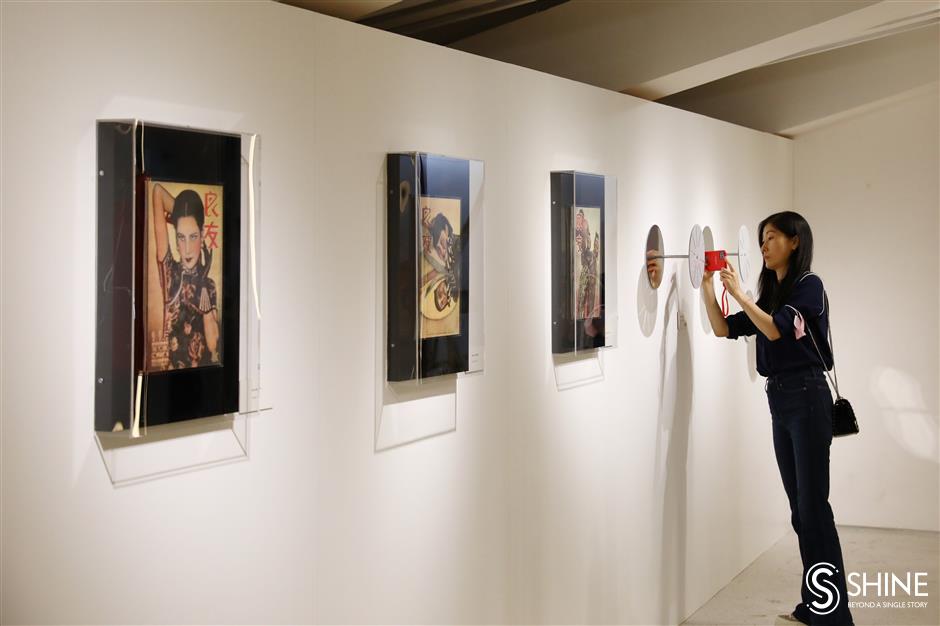 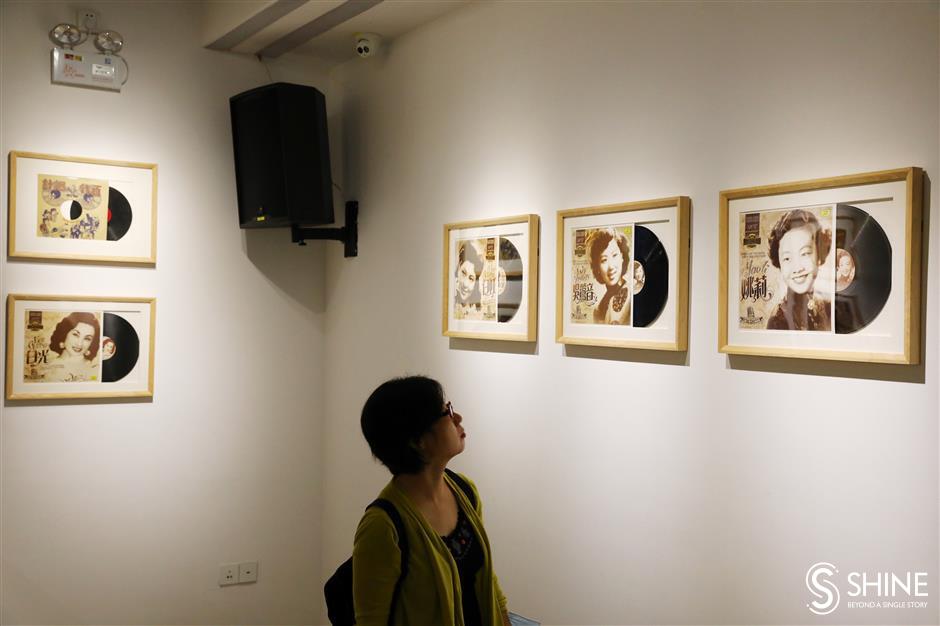 "The exhibition pays tribute to female film celebrities, some from a bygone era, and China's film industry," said Wang Tengfei, exhibition design director of the museum.

"The one worn by Ruan in Goddess is long and has high collars, Cheongsams at that time had the same features. These Cheongsams reveal the personalities of characters in films and the change of time.

"For example, the one which is short and in a brilliant color is special among the 20-plus worn by Maggie Cheung in 'In the Mood for Love' because it shows her cheerful mode and change of emotion." 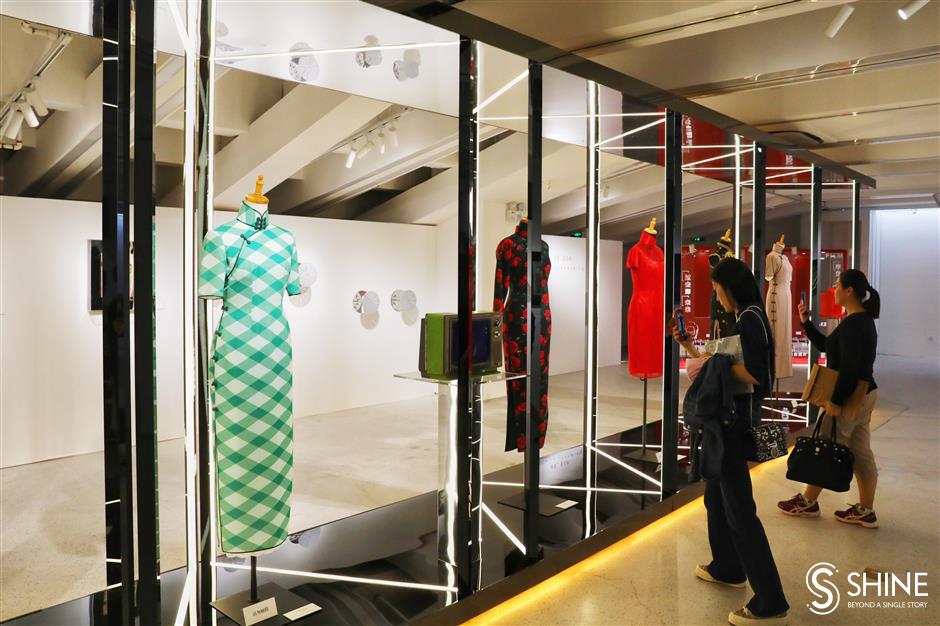 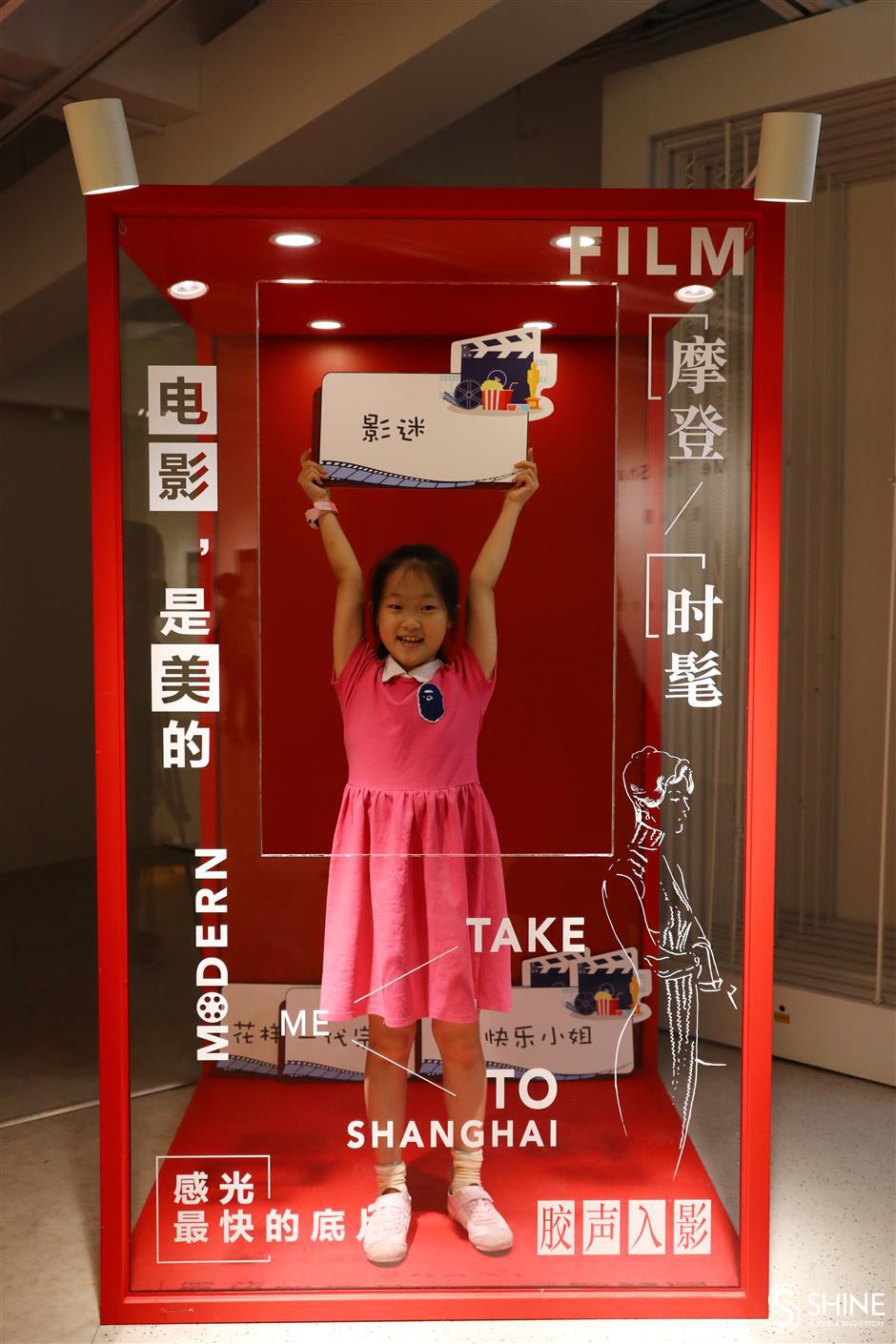 A girl poses at the exhibition.

Also on display are 10 vinyl records, three old-fashioned gramophones, the century-old "The Young Companion" magazine, and a Phenakistoscope invented in 1832 which was used to screen pictures in sequences.

“The magazine is famous for its cover ladies, but it is more than fashion life as it also covered a lot of things at home and abroad," Wang said.

Old-fashioned film music in films like “Angels on the Road" (1937) is played on vinyl, allowing visitors to enjoy the beautiful voices of five popular singers such as "golden voice" Zhou Xuan and Yao Li.

Via the music, visitors will experience the charm of film culture, said the organizer. 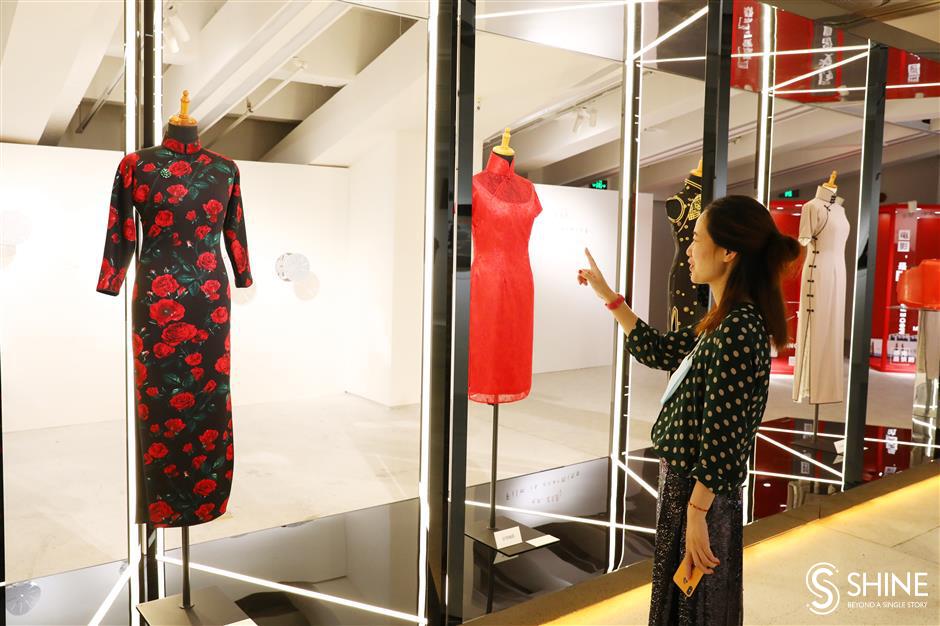 I'll have that one! 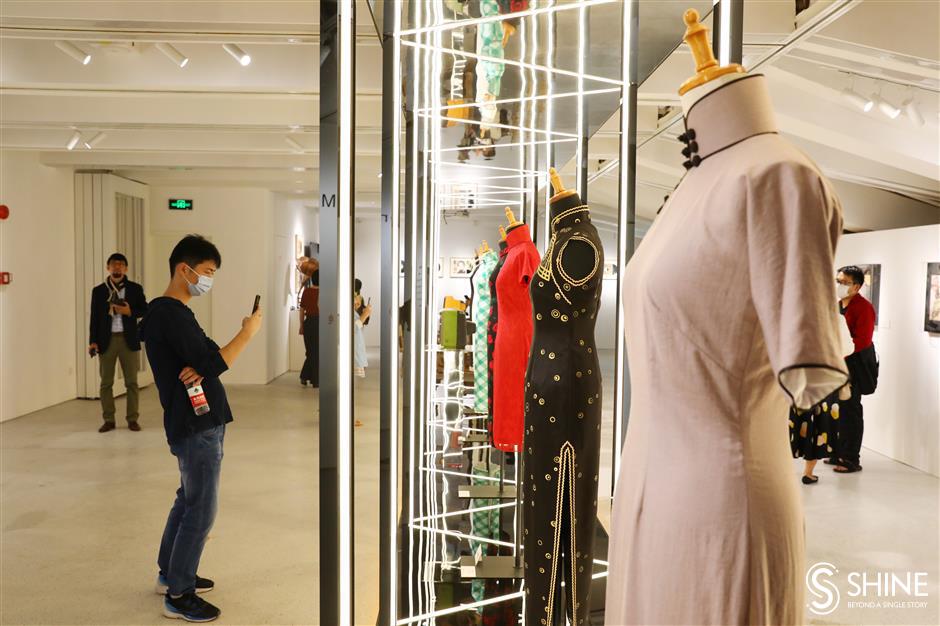 Even male visitors appreciate the fashions.

The exhibition centering on film, and blending clothing and music, uses diversified means such as exhibits, images, photos and vinyl music to reveal the charm of Haipai culture, said the organizer.

It is hosted by the Xuhui District Administration of Culture and Tourism and co-organized by the Shanghai Film Museum.

The exhibition, which has free admission, will run through October 20 at Yi Space, a public cultural space, on the fifth floor inside Metro City.

Four lectures on film, vinyl and Cheongsam culture will be held during the exhibition.