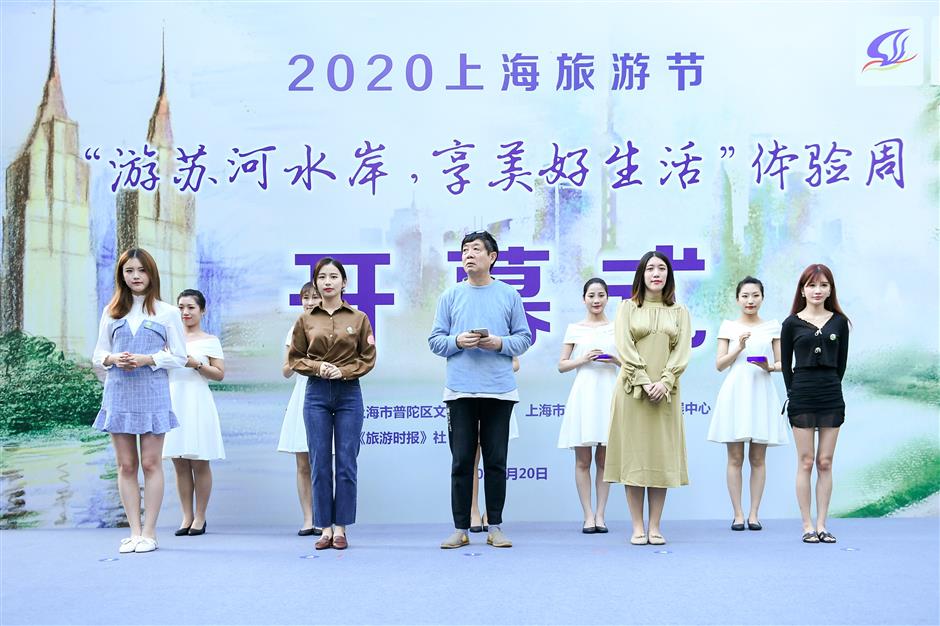 The first batch of "experience officials" for the Suzhou Creek waterfront are appointed by the Putuo District Culture and Tourism Bureau.

An experience event has been launched in downtown Shanghai, inviting locals and visitors to stroll along the newly opened Suzhou Creek waterfront and see its attractions along the way.

As part of the 2020 Suzhou Creek Culture and Art Festival, the weeklong event running through Saturday features a series of attractions such as the illuminating of terraces along the creek, tasting traditional cuisines as well as visits to cultural and entertainment sites.

An opening ceremony for the event was held on Sunday in Putuo District, which has the longest waterfront in downtown, stretching 21 kilometers with 18 bays.

“Though I’ve traveled to over 1,000 places worldwide, Shanghai is always my favorite with new changes every day and more surprises for me to discover,” said a popular travel livestream host Yin Jun, one of the newly appointed experience officials.

They, along with over 60 residents, walked along the waterfront through three newly unveiled routes which cover its innovation parks renovated from former industrial sites, many listed intangible heritage skills as well as authentic local cuisines.

They jointly lit up the lamps installed on the rooftop gardens of structures along the riverside region to mark the beginning of the experience week. 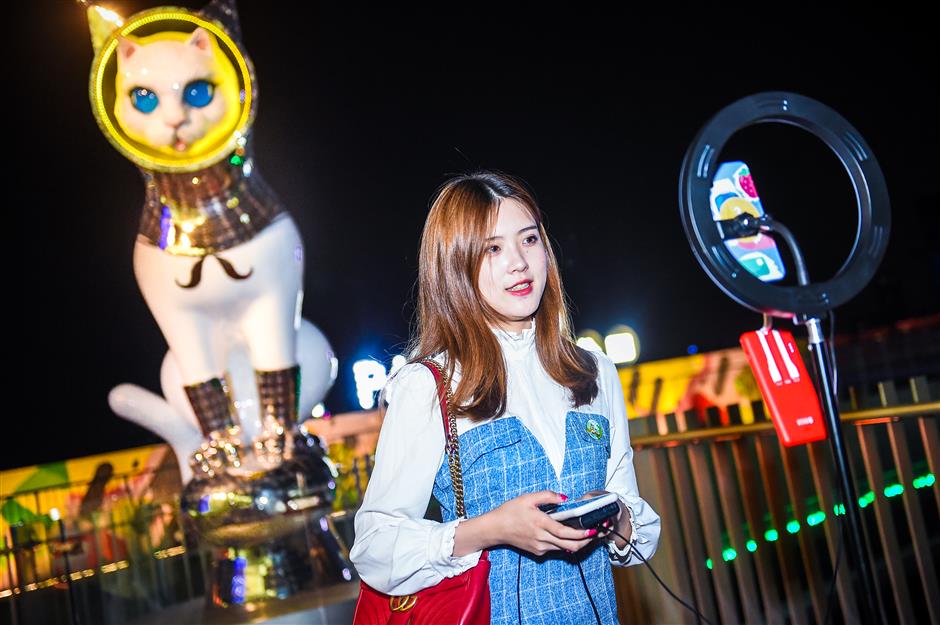 A livestream online host shares her walking experience along the Suzhou Creek with viewers.

The three walking routes involve the most popular attractions in Putuo, such as the M50 art park, Changfeng Park, Suning Art Museum and Lego center.

The 2020 Suzhou Creek Culture and Art Festival running through October 13 will feature over 100 activities at cultural venues, shopping complexes, sightseeing spots and communities along the creek in Putuo District. The annual event aims to boost Putuo’s brand as the “18 bays of Suzhou Creek.”

Putuo has developed a continuous path along the 21-kilometer section of the creek in the district by demolishing obstacles at 19 sites, according to the district government.

The downtown section in Putuo along the creek was once home to China's earliest industries.

The waterfront section known as Baocheng Bay, for instance, was home to a fifth of China's earliest textile factories, dating back to the 1920s. After 1949, the Shanghai No. 1, 6 and 7 cotton factories were based on the waterfront, along with a military warehouse for quilts and uniforms. The site was dubbed the "cradle of China's textile industry."

Renovations have replaced a muddy path with cement, while illegal structures have been demolished to make way for pocket parks. 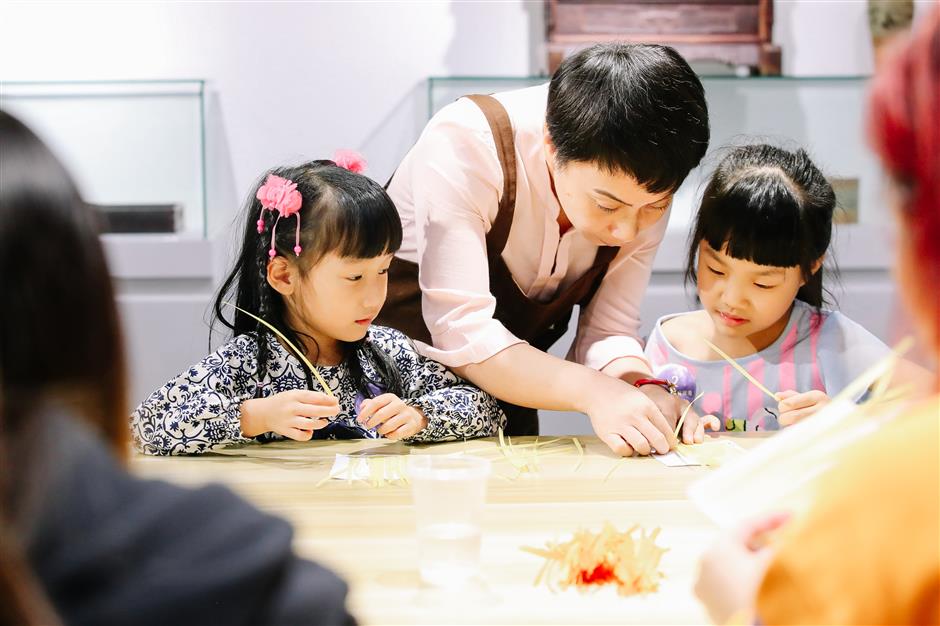 Children learn traditional bamboo-weaving skills at a site along the Suzhou Creek.

Several industrial buildings have been preserved, including a warehouse and pump house at 652 Changshou Road which was built in 1922 by the Japanese Home and Foreign Cotton Trading Co and later owned by Shanghai Textile Holding Co.

M50 (50 Moganshan Road), a trendy contemporary art zone, has been demolishing walls to open its waterfront to the public. Its nearby “1,000 Trees” project, which will open to the public soon, has also involved waterfront redevelopment.

The 80-year-old military warehouse has been transformed into a creative space for local startups. The former watchtower has been retained for visitors to view the scenery along the creek.

The city government plans to redevelop the waterfront further with continuous paths and attractions. The 125-kilometer creek, which flows from Qingpu District to Waibaidu Bridge, is Huangpu River's biggest tributary.

Sidewalks stretching 45 kilometers on the banks of the Huangpu downtown between Yangpu and Xupu bridges are already open. The city plans to extend those both upstream and downstream, while improving services and scenery on existing sections. 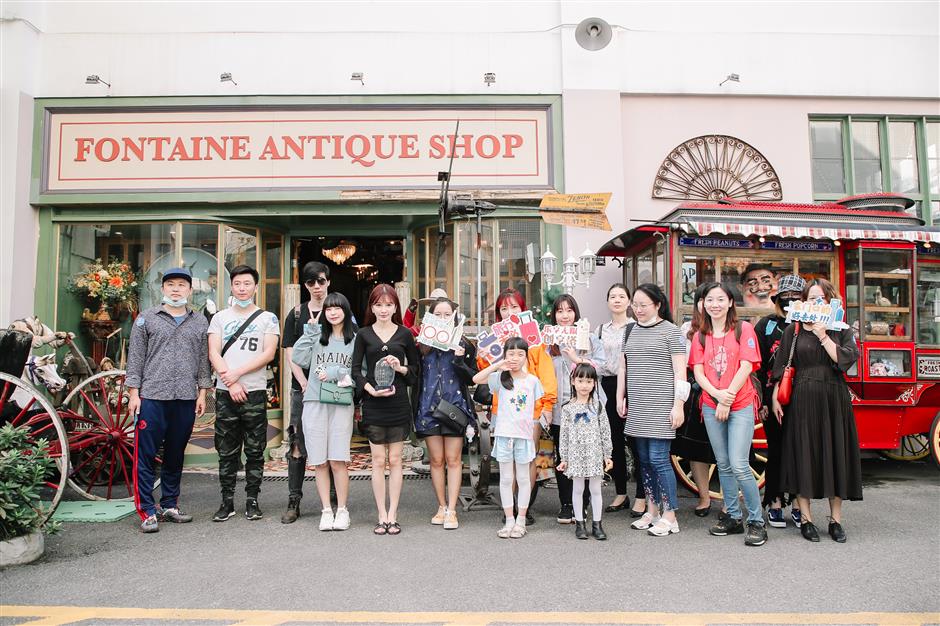 Citizens and livestream hosts pose in front of an antique shop along the Suzhou Creek. 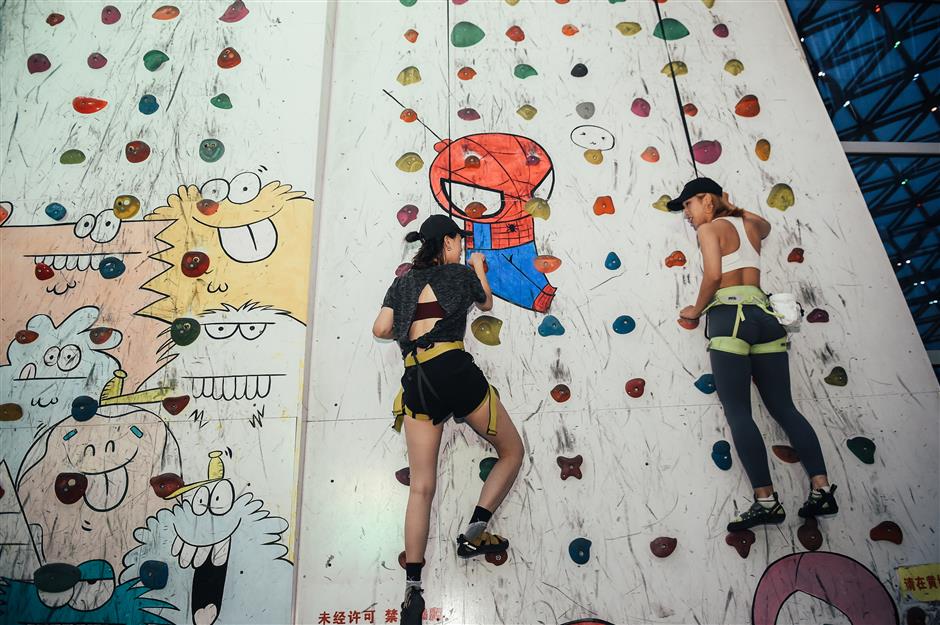 Visitors try a rock climbing facility along the Suzhou Creek.

A livestream host shows delicacies in a restaurant along the Suzhou Creek. 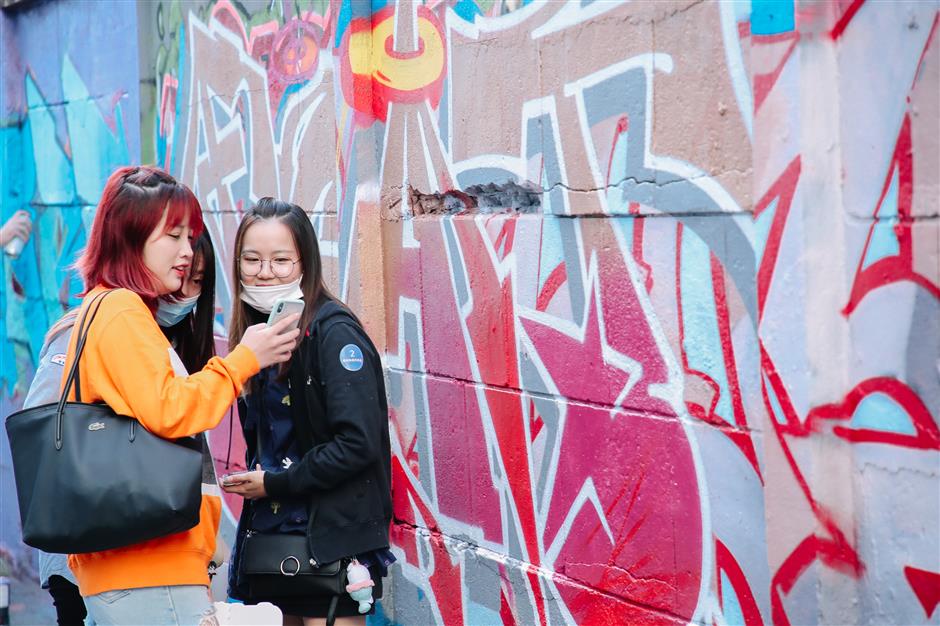 Visitors pose for photos at the M50 art park.