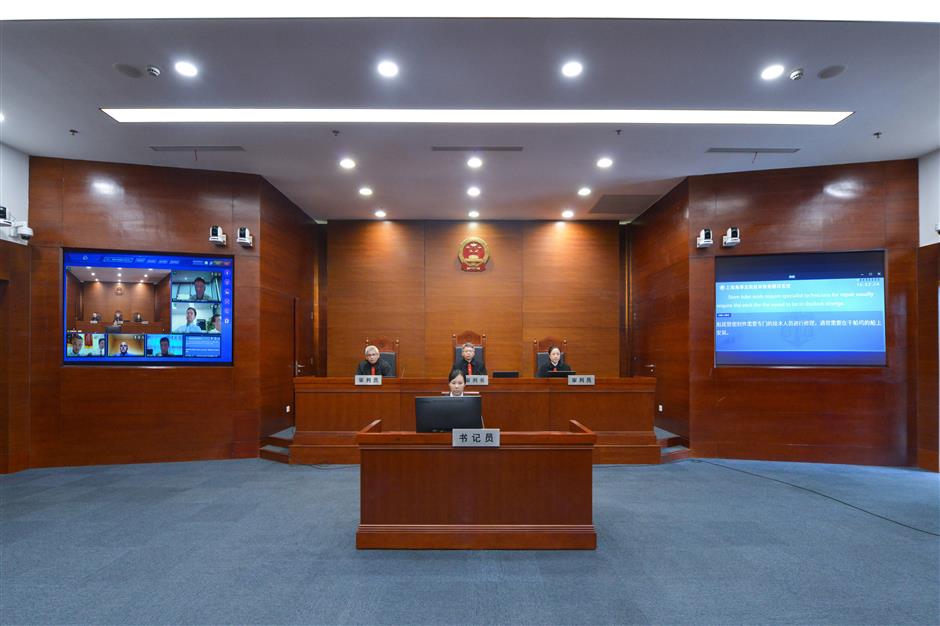 The hearing in an insurance dispute case underway at the Shanghai Maritime Court on Thursday.

British expert Gary Charles Rawlings served as a witness at the Shanghai Maritime Court on Thursday in a three-hour video call during which the court used a translation system for the first time.

With many people unable to attend in person because of the novel coronavirus pandemic, the court connects with them through the Internet and has developed a real-time translation system to solve any language problems. 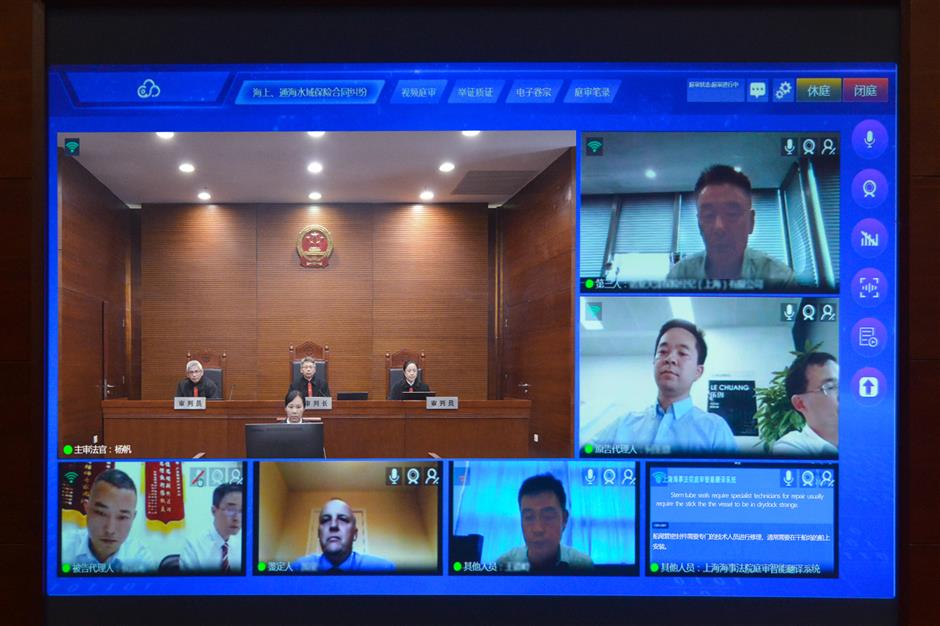 Thursday's hearing heard evidence during a video call from a British expert who could follow proceedings thanks to a translation system developed by the Shanghai Maritime Court. 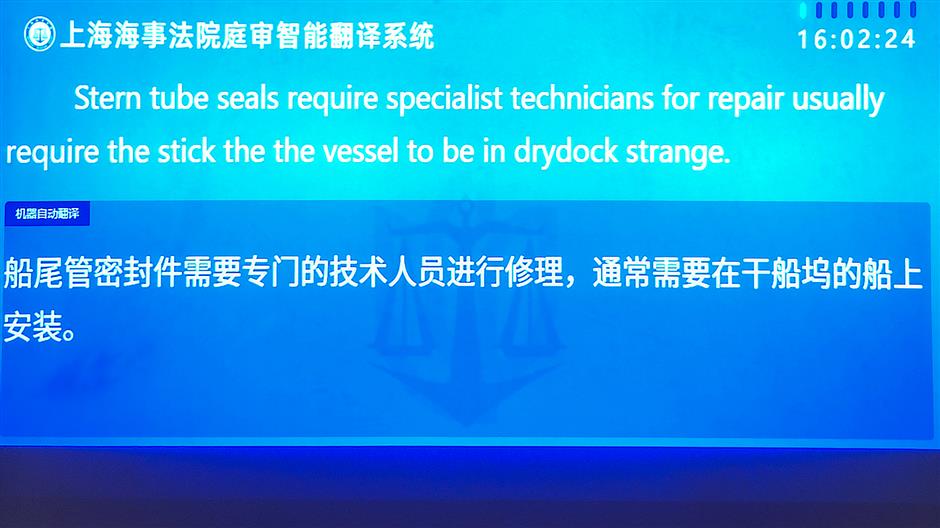 The real-time translation system used for the first time at the Shanghai Maritime Court.

During Thursday's hearing, a Fujian Province-based company sued a Shanghai-based insurance company which had refused to settle a claim for a ship. The shipowner asked for US$7.5 million in compensation and towage.

In April 2018, a mass of water entered the ship when it was in Namibian waters. It was towed to Cape Town for repairs.

The insurance company refused to pay because it claimed the owner hadn’t said the ship was unseaworthy when it was insured.

Rawlings was in charge of examining the ship so his testimony was important to the case.

The court will announce its judgment soon, it said.