Activities ranging from riddle guessing to intangible cultural heritage displays will feature at Guilin Park in Xuhui District on October 1 and 2 to mark the Mid-Autumn Festival and National Day holiday.

During the Mid-Autumn Dream Gala at the Jiangnan-style garden, visitors will be invited to guess 100 riddles and intangible cultural heritage of the Yangtze River Delta region, including Taizhou dough modeling, Dafeng straw patchwork, Xuancheng bamboo weaving and Dafeng porcelain carving, will be displayed.

Experts from the delta region will display their skills and a dough modeling work featuring Xu Guangqi (1562-1633), the scientist-scholar after whom Xujiahui is named, and a porcelain carving work showing the Guilin Park scenery will be displayed. 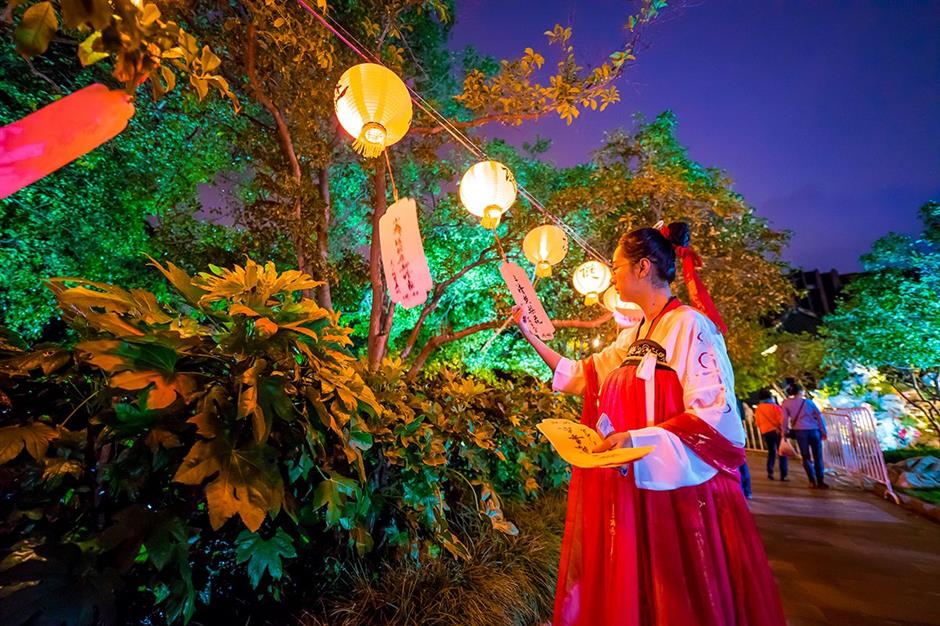 A file photo of a previous Mid-Autumn Festival celebration at Guilin Park.

The park will be illuminated at night and there will be traditional Chinese opera performances.

A one-day route covering Yuyuan Garden, Hanxiang Water Garden, Zhujiajiao Water Town and Guilin Park in four districts will be launched on October 1 to take participants to sip tea, experience traditional Maqiao culture, stroll down ancient streets dating back to the Ming Dynasty (1368-1644) and the Qing Dynasty (1644-1911), and end at Guilin Park.

Guilin Park, a Jiangnan-style classic garden built in 1931, is known for its dense woods of more than 1,000 osmanthus trees of 23 varieties.

Reservations are required on the Visit Shanghai app through Hu You Ma (Shanghai tour code).