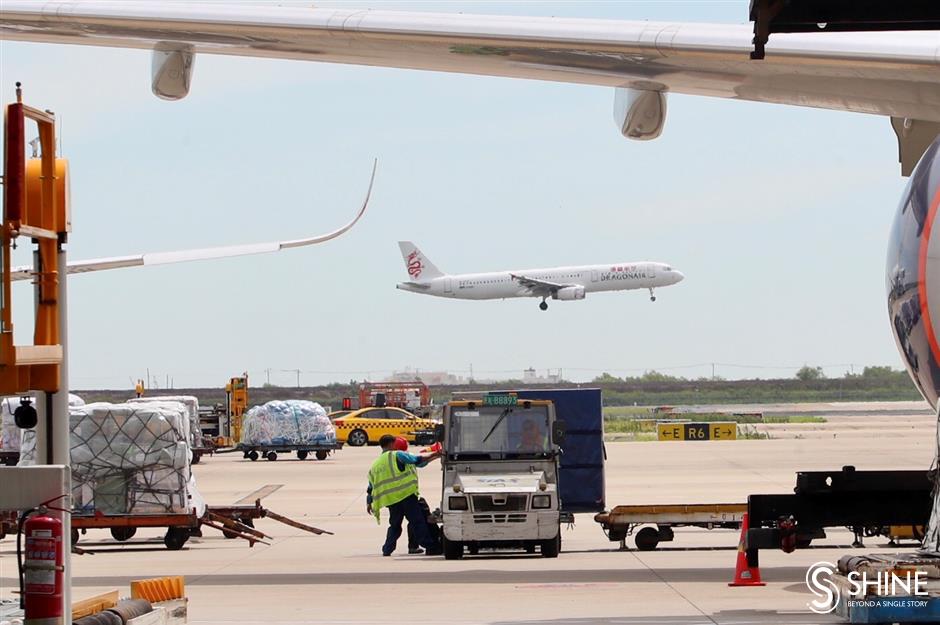 Staff work on the apron of the Pudong airport.

A major rescue drill will be conducted at the Pudong International Airport on Friday morning, with no interference to the airport’s operations.

The two-hour comprehensive exercise, to take place on the apron of the airport, will test the airport’s emergency response capabilities amid the novel coronavirus pandemic, the Shanghai Airport Authority said on Tuesday.

The operation of flights and passenger services via the airport won’t be affected, the airport authority said.

The number of domestic flights and passenger turnover at the Pudong airport has been restored to that prior to the COVID-19 outbreak.

While there has been a sharp decrease in the number of international flights, Pudong saw an increase in domestic flights and travelers during the eight-day National Day and Mid-Autumn Festival holiday.

During the recent holiday, the airport handled over 7,700 domestic flights, a 37 percent increase on last year. Over a million domestic passengers arrived at, or departed from, the city through the airport, up by more than a third compared with 2019.