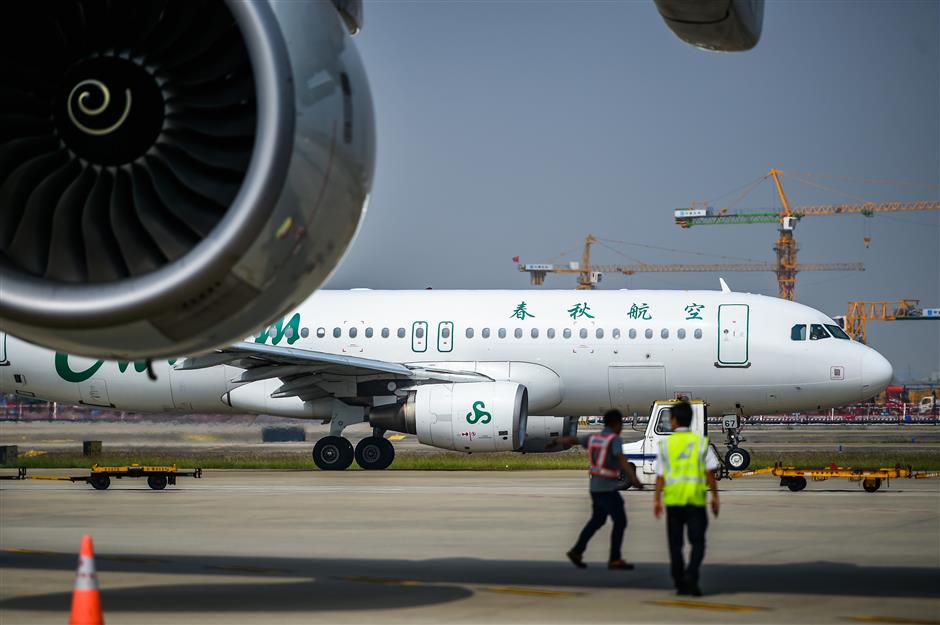 Shanghai-based Spring Airlines has become one of the world’s fastest growing airlines amid the novel coronavirus pandemic, thanks to China’s rapid economic and production recovery.

Since early this year, the domestic capacity of the budget carrier has increased 1.5 times year on year, with an average load factor above 85 percent, the airline said on Wednesday.

The airline has opened over 60 new routes to cap demand as domestic travel outpaced overseas journeys due to the pandemic.

The global civil aviation industry is set to lose a total of US$84.3 billion this year because of the impact of COVID-19, according to the International Air Transport Association. Bankruptcy has been the fate of 23 airlines amid the pandemic and global carriers will need five years to fully recover.

The carrier announced another eight direct routes from Shanghai to popular domestic destinations on Wednesday for the upcoming winter and spring season starting on October 25.

They include Lijiang in southwest Yunnan Province, Weifang in Shandong Province, Ganzhou and Nanchang in Jiangxi Province, Tongliao in Inner Mongolia, Guangyuan in Sichuan Province, Zhengzhou in Henan Province and Beihai in the Guangxi Zhuang Autonomous Region.

The carrier has received its first A321neo, the next generation narrow-body passenger jet from Airbus with a larger capacity than other single-aisle airliners. Another five new aircraft will be delivered by the end of the year, Wang said.