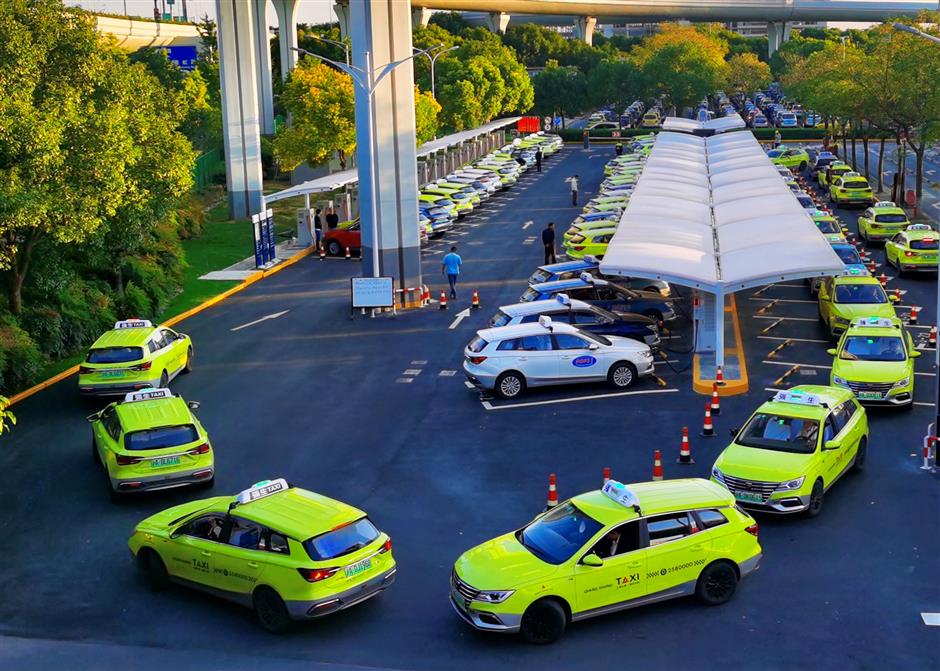 A total of 42 electric cabs can be charged at the expanded site simultaneously.

An expanded parking and charging site for electric cabs opened at Hongqiao airport on Thursday to cap the demand of local taxi drivers.

The second phase of the site near the north square of the T2 terminal has 22 additional parking spaces with charging equipment for electric taxis. Drivers can park and charge their cars at the site using a WeChat app.

The site was initially launched in April with 20 parking slots for drivers to charge cabs while waiting for customers. The 380-volt rapid charging poles can fully charge an electric car from empty in just over 30 minutes.

Once finished charging, drivers can pick up passengers at the terminal building without queuing behind other taxis.

The facility became too popular, with drivers having to queue up during peak hours. Over 700 kilowatt hours of electricity was used every day, exceeding the designed capacity.

The Shanghai Airport Authority then embarked on the expansion, just three months after the site opened.

Now, over 1,100 cars can be charged every day, each taking around 25 minutes on average. 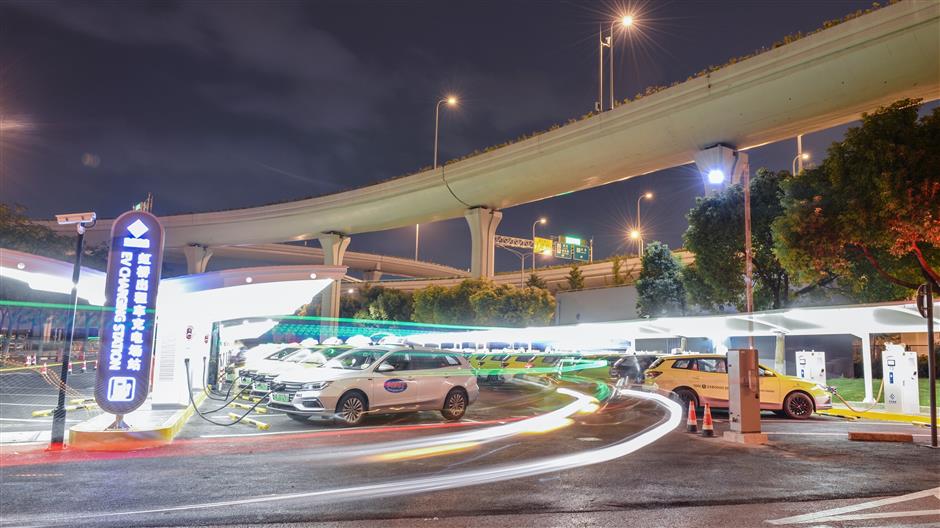 The original parking and charging site at Hongqiao airport was always full of taxis. 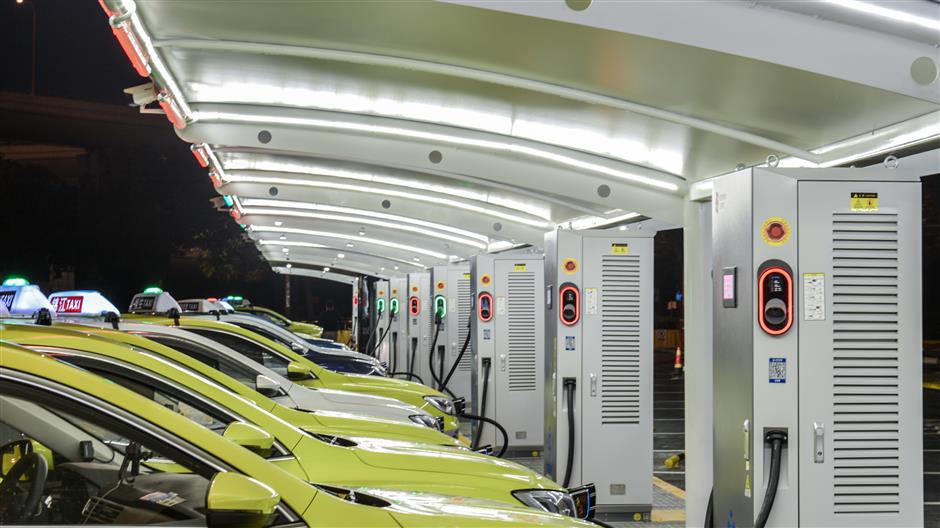 The 380-volt rapid charging poles can fully charge an electric car from empty in just over 30 minutes.