Shanghai’s first amateur electronic sports contest was unveiled on Tuesday, with total awards of 200,000 yuan (US$29,900) up for grabs.

Esports players and teams from both home and abroad are encouraged to take part in the games, which will be held online on November 14 and 15. Knockout matches will be held on November 21 through December 13 at Changfeng Joy City, IMBA E-Sports Center at the Global Harbor mall in Putuo District.

Participants will compete in the most popular computer and mobile MOBA (Multiplayer Online Battle Arena) games, "League of Legends" and "Honor of Kings."

The final competition will be held at the Electronics Sports Park center on December 19 and 20, according to the Putuo District Culture and Tourism Bureau, one of the organizers of the event. All matches will be livestreamed online.

The first public eSports event launched by the authority aims to further promote eSports culture across the city. 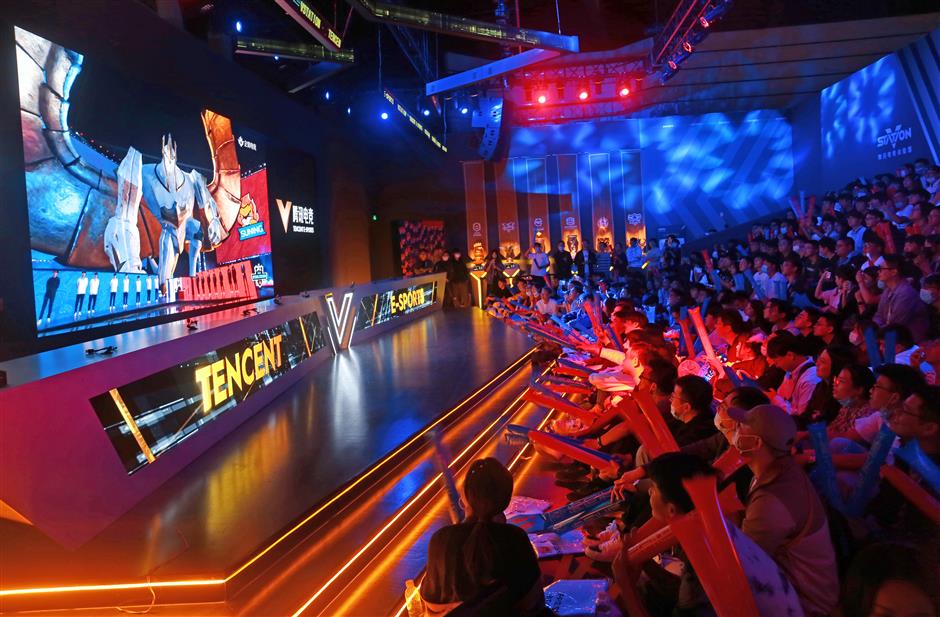 The final competition of the 2020 League of Legends World Championship, also known as S10, is held on Saturday night in Shanghai.

With traditional sports activities curtailed by the novel coronavirus outbreak, local authorities have reaffirmed the city’s commitment to developing eSports.

The value of Shanghai's eSsports sector is expected to reach 19 billion yuan this year, according to the Shanghai eSports Association. 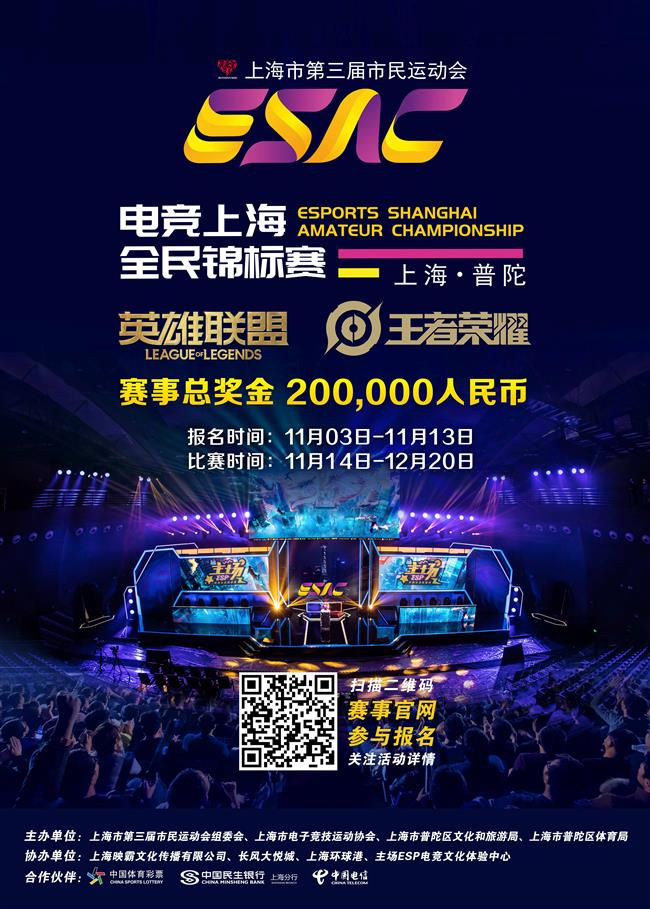 The poster of the E-sports Shanghai Amateur Championship and the QR code for application.