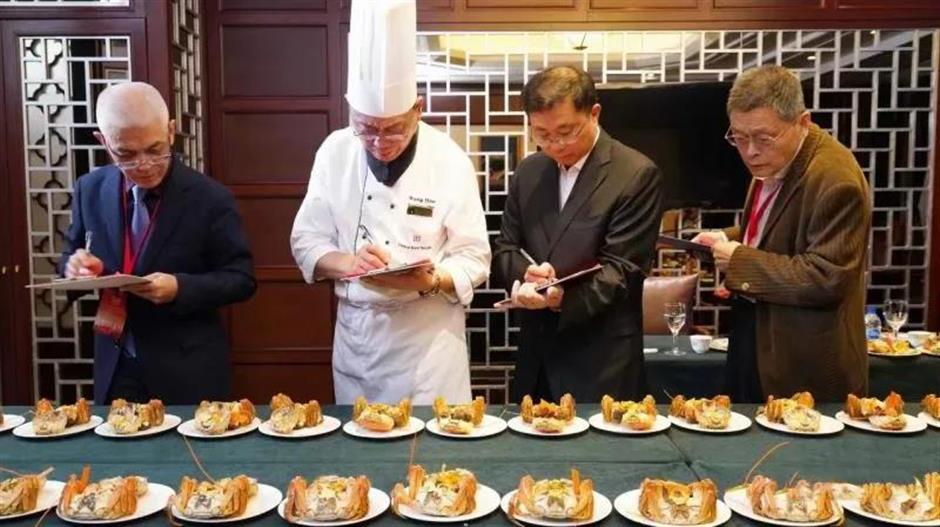 The announcement on October 27 also marked Songjiang’s record-high achievements in the contest in terms of the number of the awards the cooperatives had reaped.

The Wangbaohe National River Crabs Competition, also nicknamed as “the Oscars for China’s river crab breeding industry,” received about 2,500 hairy crab contestants from over 100 breeding centers in Shanghai and Jiangsu, Anhui and Zhejiang provinces this year.

Grading standards were formed based on variety, weight, smell, taste and appearances of the crabs.

Songjiang has a history of breeding Huangpu River hairy crabs that goes back more than 10 years. The crabs’ survival rate now exceeds 80 percent and 80 percent of the crabs weigh more than 200 grams for a male and 150 grams for a female.