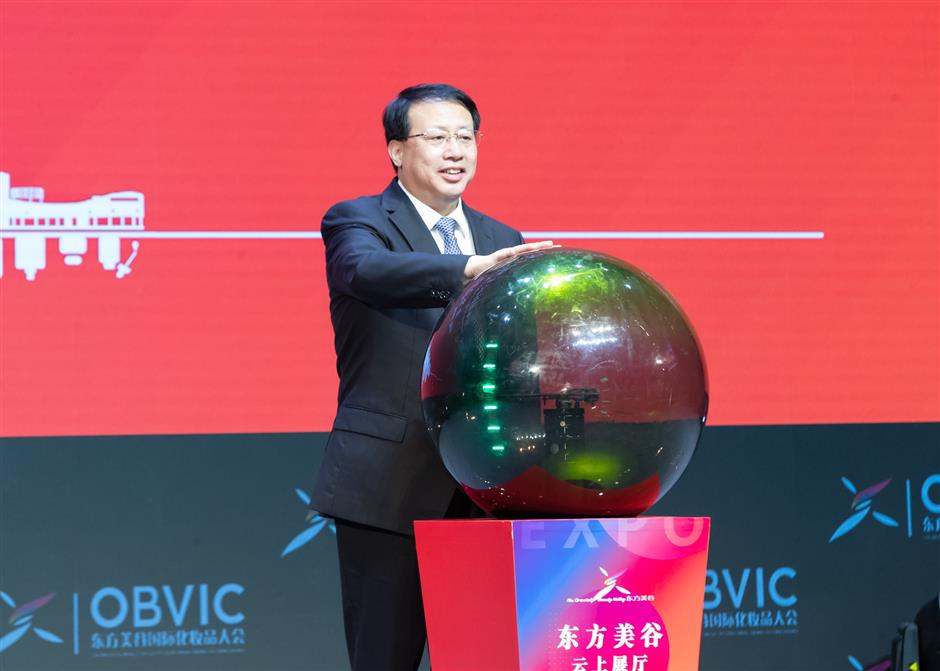 The Oriental Beauty Valley in Shanghai’s Fengxian District is now China’s largest cosmetics and health industrial hub with more than 3,000 brands from both home and abroad, the district announced at an international conference on Saturday.

More than 400 cosmetics companies, accounting for a fourth of the city’s total, are based in the valley, which aims to be on par with France’s Cosmetic Valley in Eure-et-Loir and Loiret, and Japan’s Saito Life Science Park in Osaka.

Some 135 leading Chinese and overseas cosmetics brands such as Jala, Pechoin, Chicmax and Marie Dalgar have opened manufacturing centers or marketing headquarters in the valley since it was launched five years ago.

The opening session of the 2020 Oriental Beauty Valley International Cosmetics Conference was held at the Nine Trees Future Art Center, a top-standard theater near Hangzhou Bay, on Saturday.

The annual event, themed “Sharing the Beautiful World With All,” will run through Sunday. 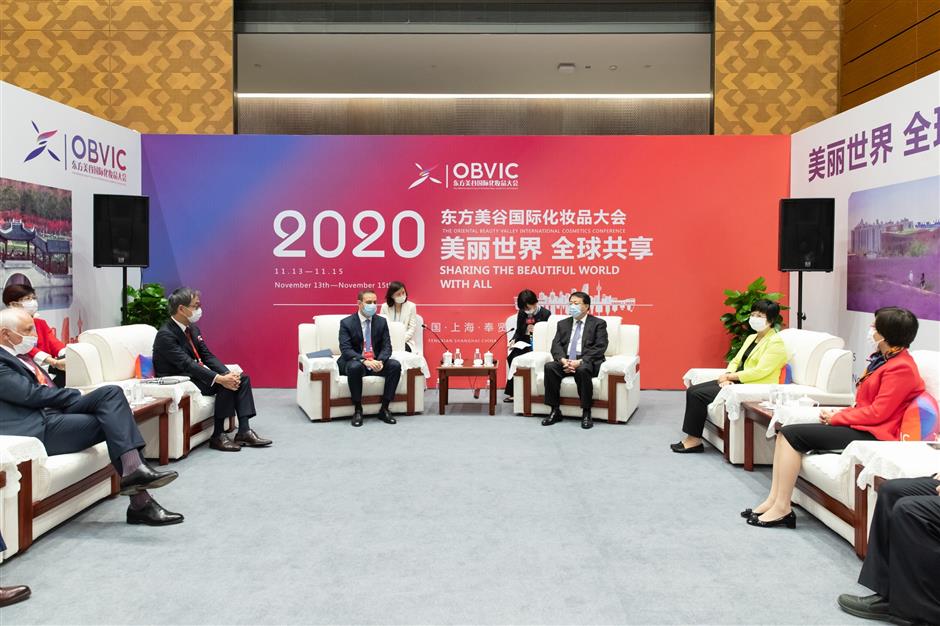 “Shanghai, an important birthplace of China’s fashion industry … will create a first-class business environment to support the better development for all kinds of companies,” Gong told a meeting with officials of global cosmetics companies ahead of the conference.

The cloud exhibition hall, based on virtual reality technology, allows audiences from across the world to visit the exhibitions of domestic and international brands based in the valley around the clock. More than 50 companies in the valley are in the first batch of exhibitors.

Company representatives from 20 countries and regions, as well as government officials, shared knowledge both online and offline on the latest policies, technologies and industry trends at the conference.

Overseas industrial leaders and officials, such as Masahiko Uotani, global president of Shiseido in Japan; Choi Yongjo, mayor of Gyeongsang, a city in South Korea which focuses on electronics and cosmetics industries; Herve Toutain, president of Cosmetics Europe; and Jean Luc Ansel, chairman of France’s Cosmetic Valley, made video speeches. 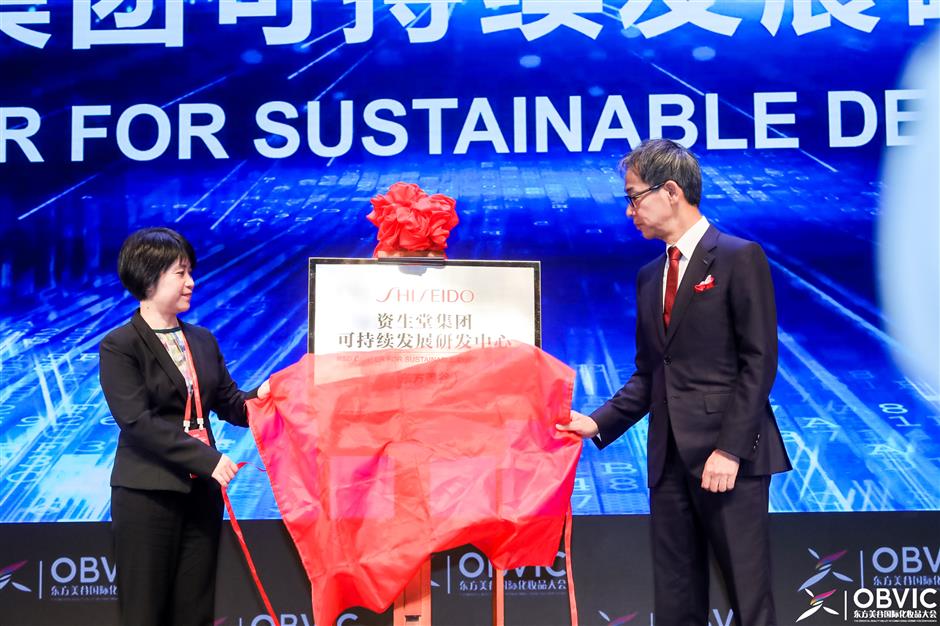 At the conference, the Fengxian government signed a cooperation agreement with L'Oreal China to jointly develop a “Big Bang” cosmetics tech training camp.

Shiseido also launched a sustainable research and development center in Fengxian. The Japanese cosmetics giant signed the agreement with Fengxian in March despite the COVID-19 pandemic.

“Fengxian has focused on both COVID-19 prevention and development to make the ‘lipstick economy’ prosper despite the pandemic,” said Zhuang Mudi, Party secretary of Fengxian.

Between January and September this year, more than 40 companies in the beauty and health sectors based themselves in the valley. Sales rose by 11 percent on year while the service industry revenue doubled that of last year in the valley, Zhuang said.

Interfila, a cosmetics brand based in the valley, has seen its sales rising by 20 times within a decade of development in Fengxian.

The sales of COSMAX, another brand in the valley, have increased by 135 times in 11 years, according to the district government. Eight of the top 20 Chinese cosmetics brands are now based in the valley. 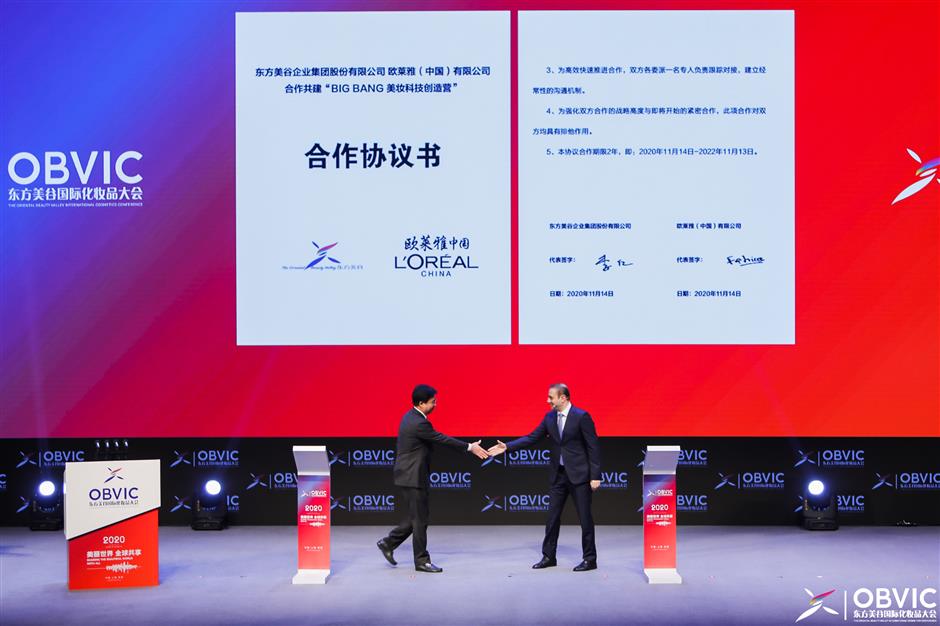 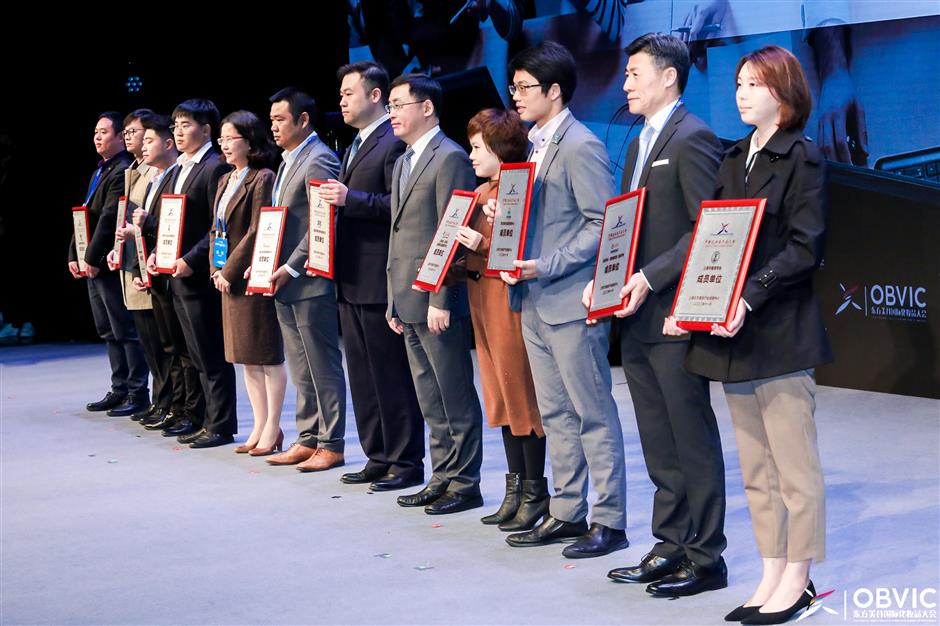 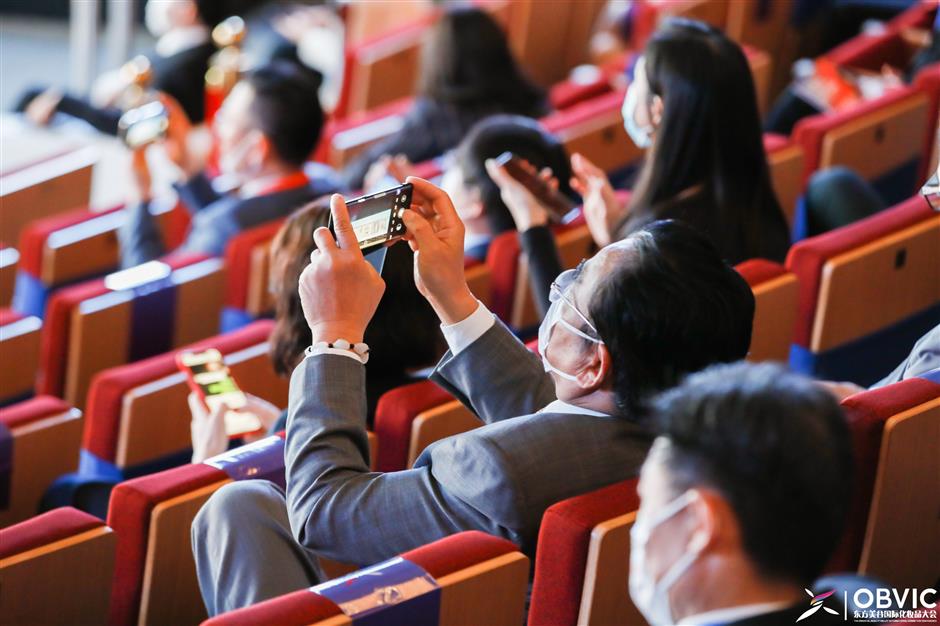 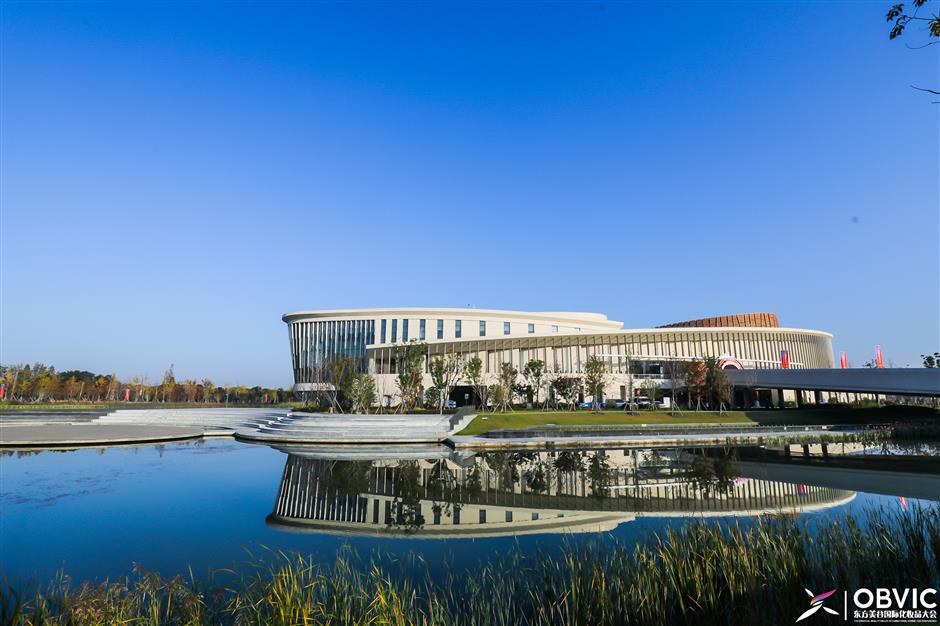