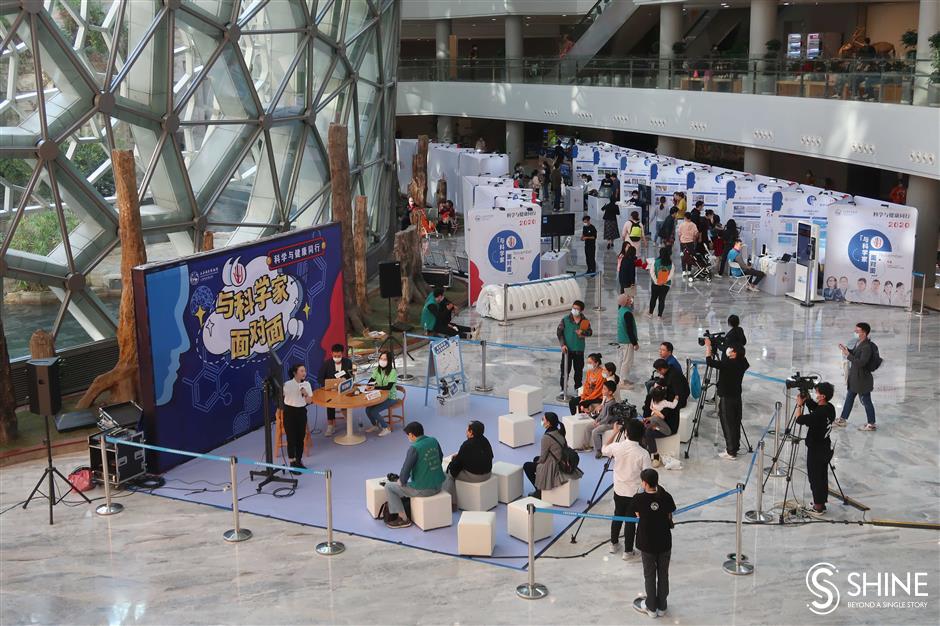 A stand at the science fair. 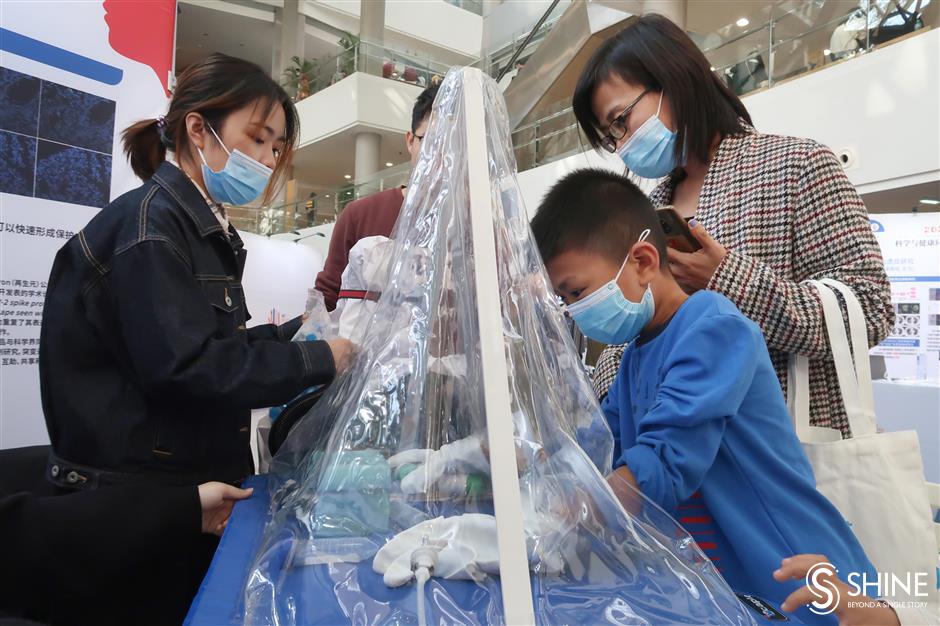 A  boy experiences how medical workers take and test samples in infectious conditions.

Development of a vaccine for both the highly-contagious Ebola and COVID-19 viruses is well under way at the Institut Pasteur of Shanghai (IPS) under the Chinese Academic of Sciences, Shanghai Daily learnt at the fair.

The vaccine,  based on the institute’s Ebola vaccine, has been proved effective on mice. It will be tried on non-human primates in the next stage, experts from the institute said.

Meanwhile, at the fair an expert wore an specially-designed protective outfit, equipped with an air purifier which can supply fresh air for six to eight hours, to show how they work in infectious areas.

It’s actually a bubble house that can inflate after air is pumped into it. That means it can be easily transported and quickly set up as an emergency test lab.

It can hold five to six workers as well as testing devices. It is able to test tens of thousands of samples every day.

The company said Huo-Yan has been put into use in more than 80 countries to assist local anti-virus fights.

Drosophila is a genus of flies. It’s commonly called small fruit fly because it likes to linger around overripe or rotting fruits. Though it’s a pest, it can be used to study human health.

Also, drosophila only needs two weeks to grow from an egg to adult. It’s very time-saving.

Globally, study of drosophila has helped scientists win the Nobel Prize six to seven times. And IPS has made some progress in understanding obesity and gut microbiota from studying drosophila.