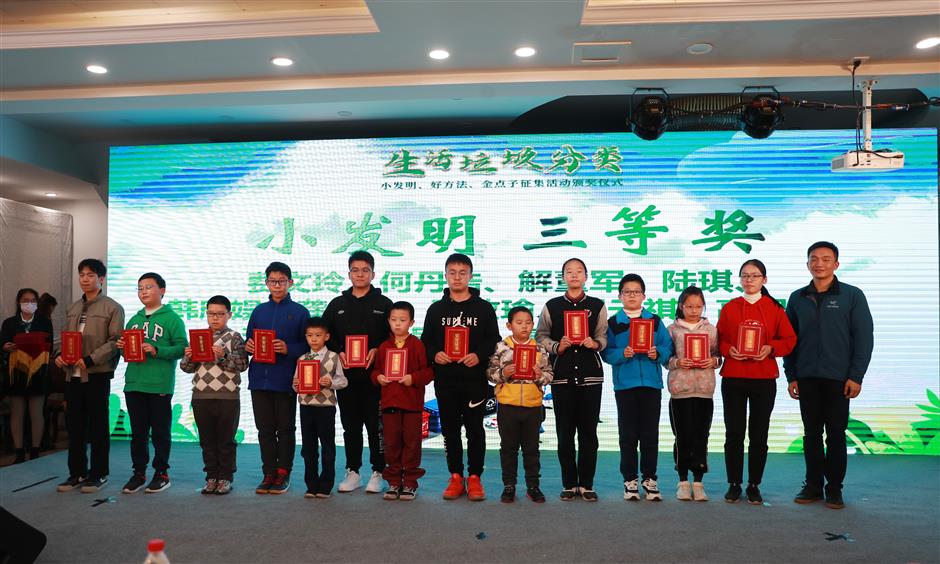 Students pose with their awards.

Seventy inventions and ideas from students to fuel Shanghai's garbage-sorting campaign were released on Sunday by the city's greenery authorities.

The request for ideas began in July, and was met with a good response, the Shanghai Greenery and Public Sanitation Bureau said.

A total of 548 works were collected, and 70 received awards on Sunday in Yangpu District.

"These works reflect students' awareness of trash sorting and ecological protection, as well as their wisdom and innovation,” said Zhu Xinjun, chief engineer of the bureau.

A household smart sensor garbage-treatment system claimed the top award. It relies on picture recognition and control technologies, as well as equipment such as micro camera, security grating, and a locking motor to establish a complete image recognition algorithm based on neural network.

Any trash disposed into the system will fall into the right bins based on the mechanical movement principle.

"Garbage sorting is not only about environmental protection, but also reflects a city's civilization level," said Zhou Xiang, a student of Shanghai Jincai Experimental Junior Middle School, who is the designer. 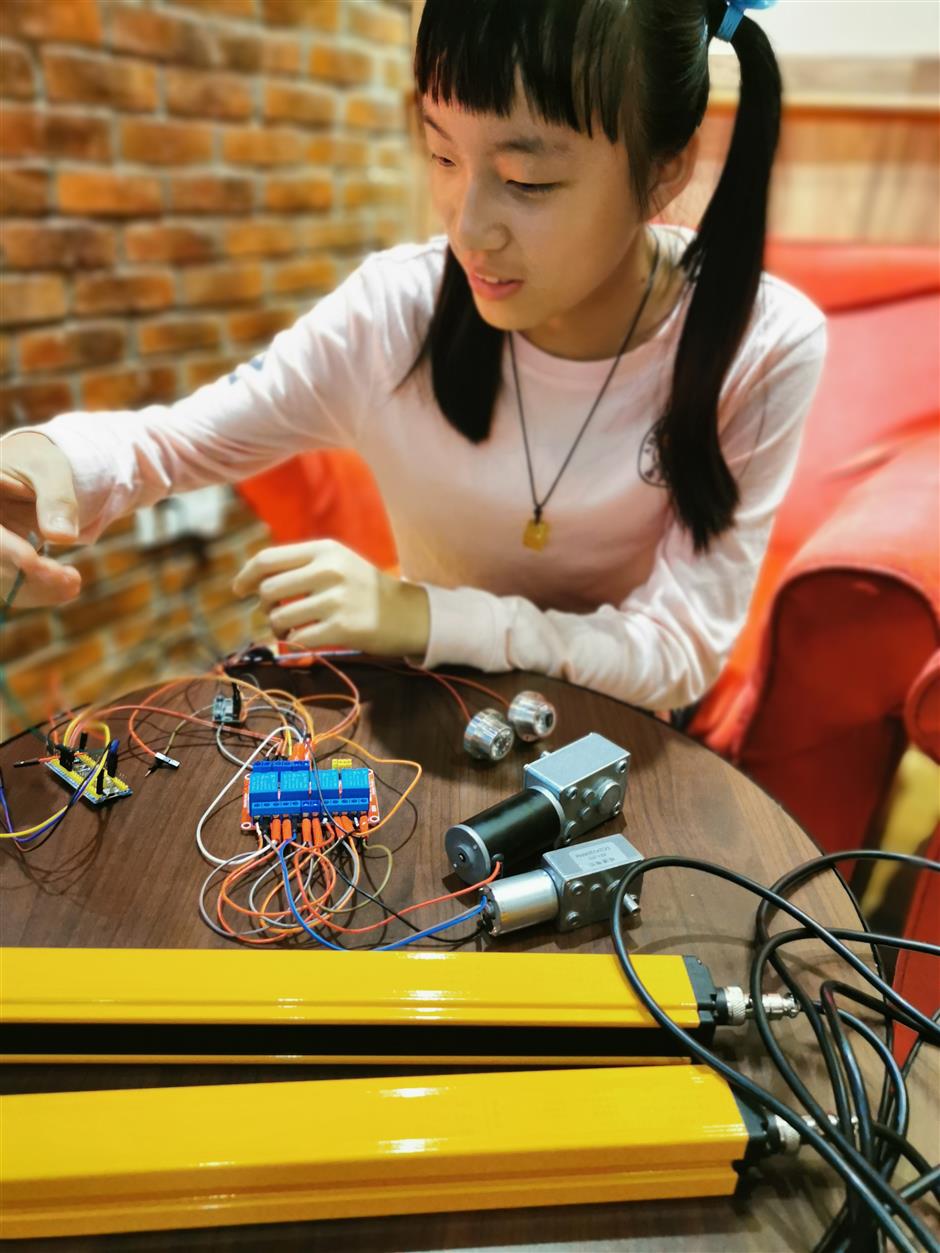 A winning student hard at work.

"As a resident, I want to make the city better with my invention," she said.

"The aim is to create a better and more convenient life," said Cai Zhenghao, a designer from Shanghai Police College.

A wet trash treatment installation can remove sewage from wet trash based on the dehydration principle of washing machines. Wet garbage will be compressed  before it is transported.

"I want to prevent pollution of the environment during the transportation of wet trash," said Guo Yichen, a primary school student behind the design.

Proper handling of trash in daily life will save a lot of resources and protect the environment, said Cheng Yunqi, a student and the designer.

Via a gravity device, glass will fall into the lower layer, while metal will be attached to the upper layer via magnetic installation. Plastics will be left between.

Solar panels with sensor functions will sound alarms once any layer is full.

"I applied the mathematics and physics knowledge I learnt in class in the design," said Zheng Zhuangchen, a student inventor.