City lays out development goals for next five years, 2035 vision 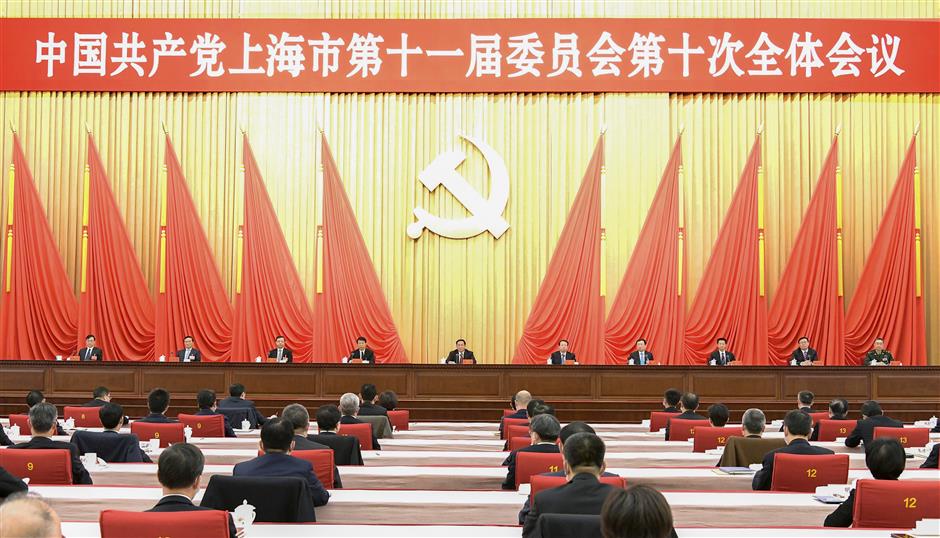 The 10th plenary session of the 11th Shanghai Committee of the Communist Party of China is held in Shanghai on Wednesday.

Shanghai laid out its main development goals for the next five and 15 years at the 10th plenary session of the 11th Shanghai Committee of the Communist Party of China yesterday.

According to the detailed draft 14th five-year plan and the 2035 vision, approved at the meeting, by 2025 Shanghai should have its functions as a global center for economy, finance, trade, shipping as well as science and technology innovation (called the five centers) enhanced to a new level. And as a city built by and for the people, Shanghai also aims to significantly improve the livelihoods of its residents in the following five years.

With 10 more years of efforts, the city’s five-center functions and strength as a cultural metropolis will be further upgraded by 2035, according to the document. It will become an alluring innovative, humanistic and ecological city of enhanced global influence, with strengthened soft power and comprehensive economic strength among top cities in the world. It also aims to become a core city of the world-class city cluster in the Yangtze River Delta region.

To achieve the goals, Shanghai should continue to implement its philosophy of “a city built by and for the people” when planning and carrying out its tasks in economic, political, cultural, social and ecological areas to achieve high-quality development and highly efficient governance, the committee suggested.

Further reform and opening up of Pudong, developing the Lingang New Area free trade zone and the SSE STAR Market registration system as well as pushing forward the integrated development of the Yangtze River Delta region will continue to remain key tasks for the city.

It will strive to strengthen its four functions of allocating global resources, leading scientific and technological innovation, directing the development of high-end industries and serving as a hub for opening up. Shanghai will also speed up the construction of the “five centers,” and comprehensively promote digital transformation of the whole city.

“Digitalization is redefining the relationship between productivity and production,” said Li Qiang, the CPC Shanghai Committee secretary. “It has become the core driving force for social and economic development. The digital era is coming with higher speed. We can say that those with advantages in digital transformation will take a leading position in future development.”

He said the transformation should be carried out citywide in all areas with big-data technology development promoting reforms on urban management concepts and approaches. 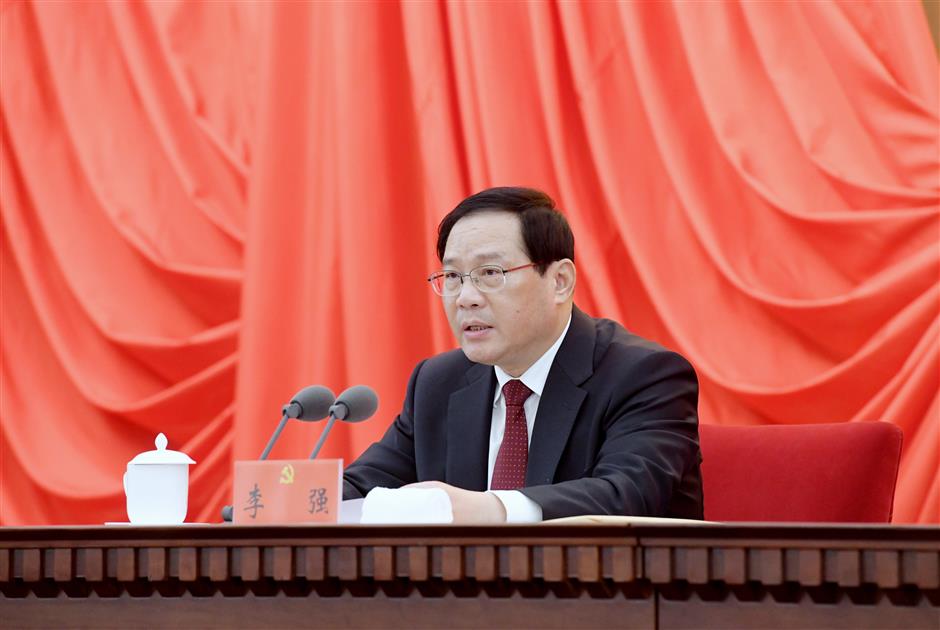