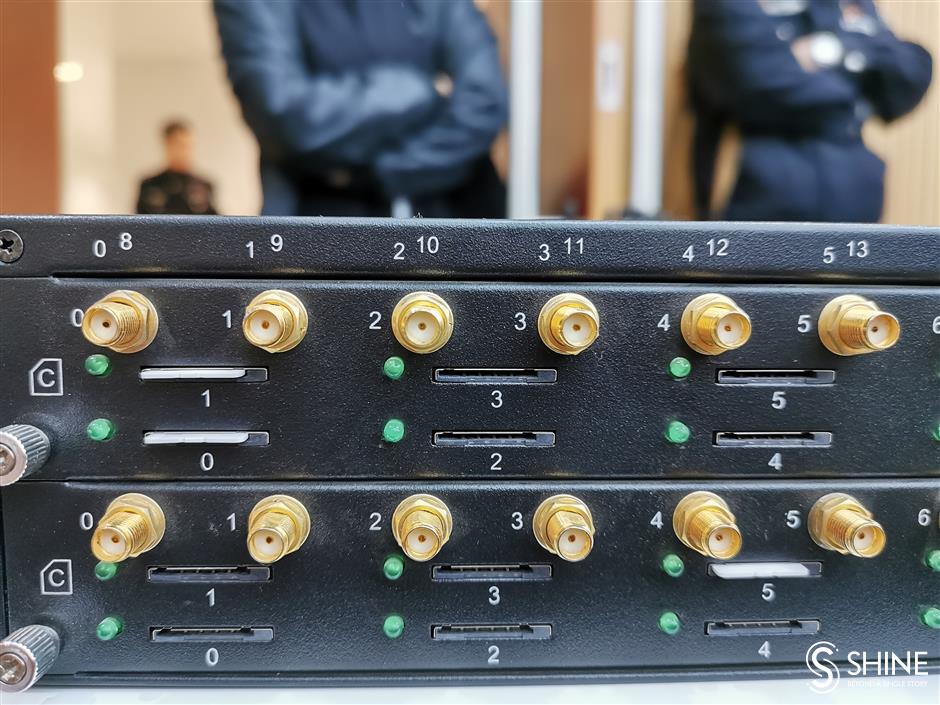 A GoIP device used in telecom scams operated from overseas that targeted people on the Chinese mainland.

The suspects allegedly had devices enabling the scammers to call residents in China from Chinese mobile phone numbers.

Police in Jinshan District said they discovered the suspects during their investigation of a telecom scam earlier this year.

The suspects were allegedly engaged by the scammers over the internet to provide GoIP devices.

Gu Feng, vice head of the criminal police in Jinshan District, said the devices can be inserted in up to 32 SIM cards, and the accused used the Internet to connect to the devices and automatically dial from one of the SIM cards.

“This made it harder for the potential victims to recognize scams as the numbers they were called from were actually local numbers,” Gu said.

He said the suspects in Shanghai needed only to be around the devices when the scammers operated from overseas, and they usually stayed with the devices in hotels to avoid police.

The suspects were rounded up on November 17, and by then, they had assisted in at least 56 scams around the country with victims cheated out of 2-million yuan (US$304,200), police officials said.

In another case handled by Jinshan police, 30 suspects were arrested last month for allegedly assisting telecom scammers based overseas by purchasing cyber currency from the Chinese mainland.

The suspects, from a so-called culture company in Chengdu, took money from the overseas scammers via banks or Alipay, purchased cyber currency and transferred the money to the scammers via the Internet.

“Employees of the company were aware of the scheme, offering to register bank cards or Alipay accounts under their own names," Gu said. They were then told to buy cyber currency within 15 minutes from the time the money from the victims arrived in bank accounts used in the scams. They were also told to transfer 1 yuan between each other’s accounts every day to ensure they hadn't been blocked by police.”

By the time the suspects were apprehended, they had been involved in 20 telecom scams around the country in which victims lost 30 million yuan, police officials said. 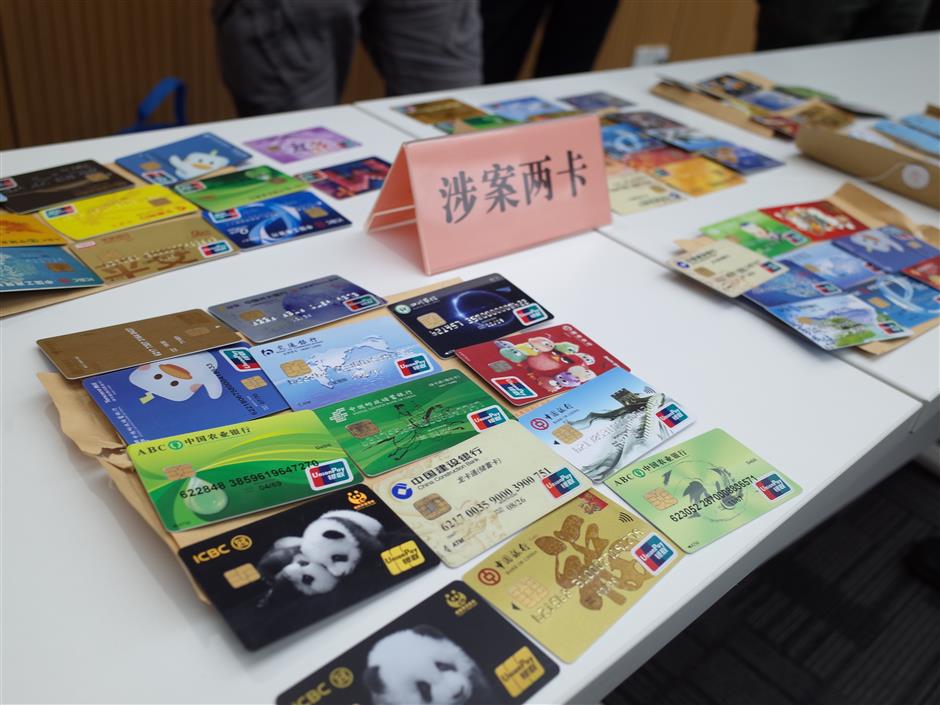 Some of the bank cards involved in a telecom scam.

Police around the country have been cracking down on people assisting telecom scammers via technology, money laundering, bank cards and SIM cards.

Shanghai police said they have apprehended more than 2,200 suspects in the past two months, including 12 gangs that sold the cards to scammers.

People who register new bank cards or SIM cards under their names and then offer the cards to other people through lending, selling or renting are known as “card farmers.”

Such people risk being caught in the crime of “assisting information and Internet crimes,” and those who have direct links to scammers are considered fraud accomplices, police officials said.

In one case this year, police in the Pudong New Area caught four suspects who allegedly purchased bank and SIM cards from their friends and relatives to feed scammers.

Police said they discovered the gang by digging into an investment scam and locating the suspects in Yiwu, Zhejiang Province.

The suspects allegedly paid 3,000 to 5,000 yuan for each card, paid the card providers more than 350,000 yuan and profited 30,000 yuan by selling the cards to scammers located both within and outside the Chinese mainland.

Police have solved twice as many telecom and Internet scam cases this year than in 2019, while 60 percent more suspects have been apprehended. 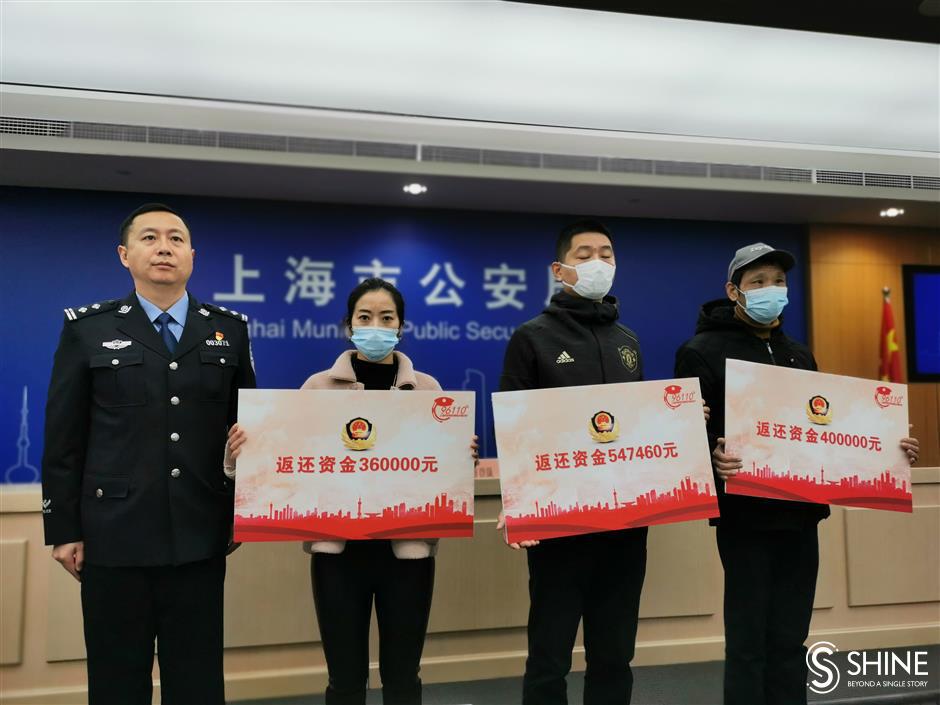