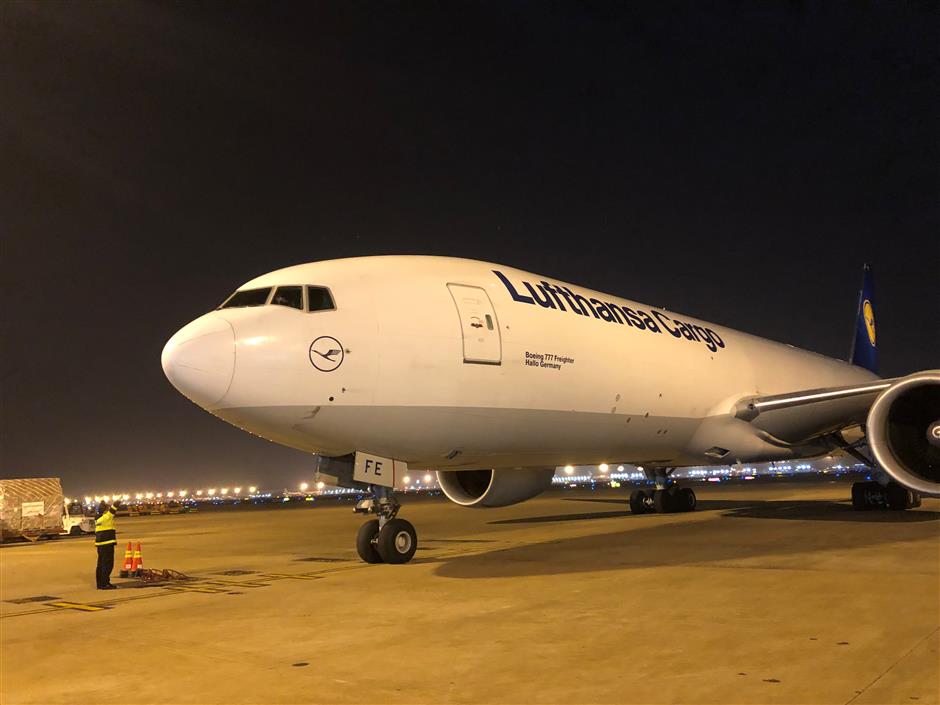 The world’s first CO2-neutral freighter has landed at Shanghai’s Pudong International Airport from Frankfurt in Germany, joining the green revolution in the global aviation sector.

The fuel is synthetic kerosene currently produced mainly from biomass, such as sustainable or recyclable vegetable and cooking oils.

“Compared to fossil fuels, the sustainable fuel reduces CO2 emissions by up to 80 percent,” Janet Mi, chief China representative of Lufthansa Cargo, told a press conference in Shanghai on Wednesday.

“The greenhouse-neutral fuel is expected to be promoted to regular cargo flights between Shanghai and Frankfurt from summer 2021,” Mi said.

By using the fuel, carbon dioxide emissions from a flight with conventional kerosene are avoided. During combustion, only CO2 is released.

The flight was operated in partnership with DB Schenker, one of the world's leading logistics service providers, which agreed last month with Lufthansa to cooperate on environmental issues and jointly promote the sustainable fuel.

Both companies will also launch a reforestation project to compensate for CO2 emissions and other greenhouse gases. The additional project will make the flights completely greenhouse gas neutral.

DB Schenker is aiming for a 40-percent reduction in CO2 emissions by 2030 compared with 2006, while making all its transport carbon neutral by 2050, said Christopher Pollard, China CEO of the company. 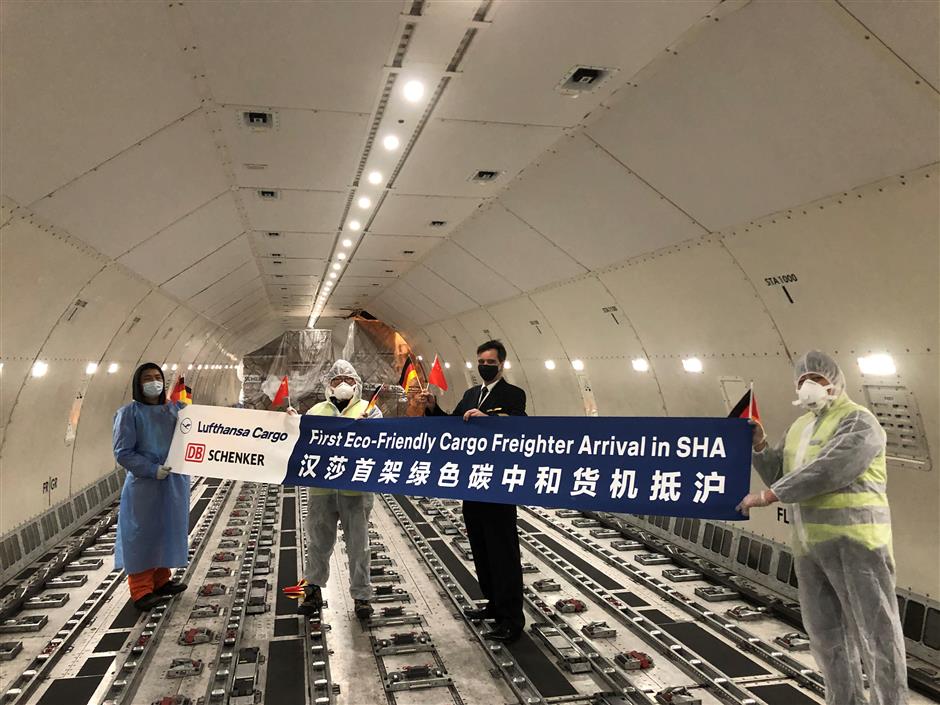 Meanwhile, the Lufthansa Cargo said it has made full preparations to transport the COVID-19 vaccines globally, which are expected to hit the market in early 2021.

“We were among the first airlines to specialize in the transport of medical goods and pharmaceuticals and can therefore draw on many years of experience,” said Mi.

The cargo carrier has established its pharmaceutical hubs in Frankfurt, Munich and Chicago as well as around 30 CEIV-Pharma certified stations worldwide, one of the world's largest airline pharmaceutical networks.

The certificate issued by the International Air Transport Association is required for transportation of temperature controlled and time-sensitive products, including vaccines.

“With our freighter fleet, we can adjust flexibly to shifts in demand and, if necessary, add more capacity with passenger aircraft,” Mi said.

The carrier’s current 16 cargo planes are operating to the maximum extent. Three MD-11F freighters that are scheduled for retirement have been prolonged for a few months longer to cap the rising demands.

Lufthansa Group’s airlines had flown several billion respiratory masks and protective equipment items between China and Europe, as well as medical equipment and pharmaceuticals. The airlines also used converted passenger aircraft for cargo transport to meet the high demands amid the pandemic. 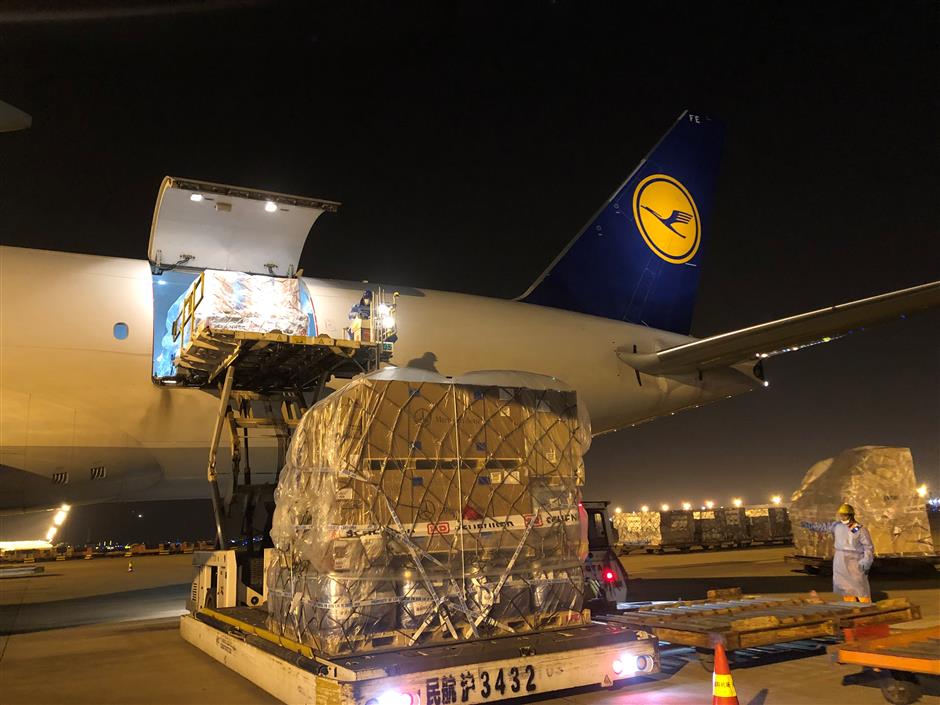 Cargo is unloaded from the CO2-neutral freighter at Pudong International Airport.