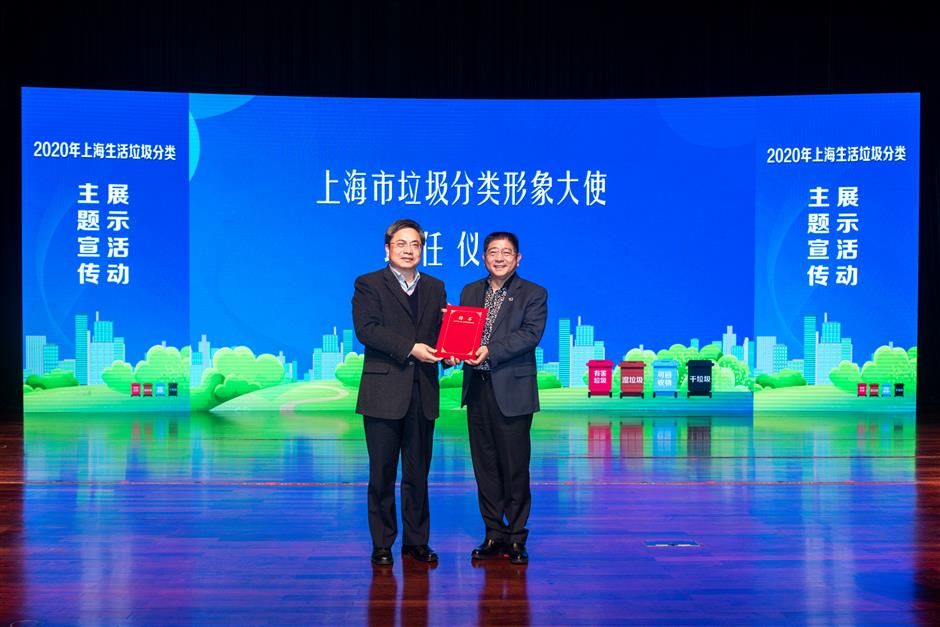 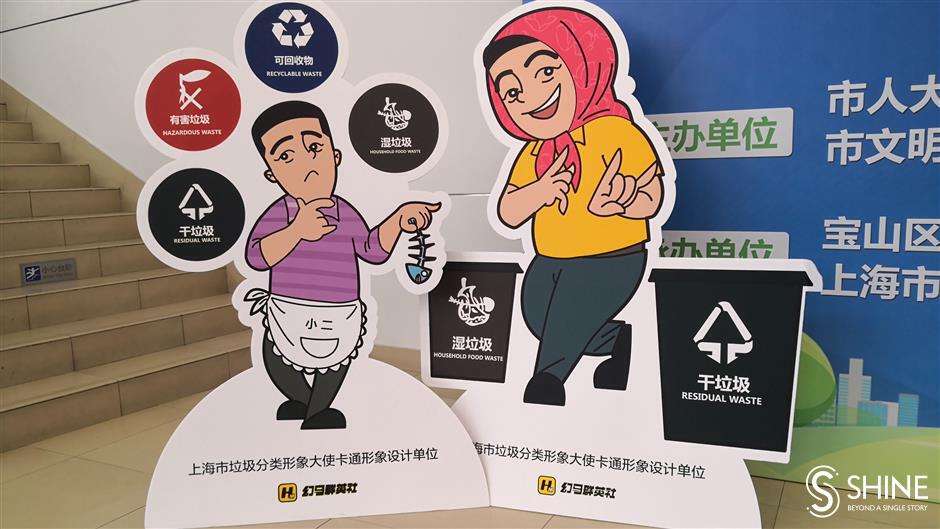 Animated figures of Wang on display in Baoshan District to promote trash sorting.

Shanghai has made remarkable progress in its garbage-sorting campaign this year, city greenery and public sanitation authorities announced on Thursday.

Between January and November, an average 6,198 tons of recyclable waste were sorted daily, soaring 53 percent from the same period last year, the Shanghai Greenery and Public Sanitation Bureau announced.

It appointed Wang Rugang, a renowned local comedian, as the city's waste-sorting promotion ambassador on Thursday.

Four animation figures based on Wang's image were released to boost the trash-sorting campaign and there will also be a cartoon.

A total of 9,428 tons of wet garbage were separated daily on average over the 11 months, rising 27 percent from the same period last year, the bureau said.

About 2.6 tons of hazardous trash were collected daily, growing 3.3 times from that of last year.

As a result, 14,178 tons of dry trash were collected daily, a drop of 20 percent from a year earlier.

All these hit the city's targets for the year, the bureau said.

The garbage-sorting performance of 95 percent of Shanghai's residential communities and working units had hit compliance standards, it added.

A whole-process sorting system has been established in the city and the city's wet trash recycling and dry waste incineration capacity has reached 26,095 tons daily from 15,250 tons in 2018, according to the bureau.