China’s first national key facility for translational medicine was put into use at Shanghai’s Ruijin Hospital on Saturday.

The central government has been setting up facilities in locations such as Shanghai, Beijing and Sichuan and Shaanxi provinces to establish a nationwide translational medicine network.

Ning Guang, president of Ruijin, said the building, with an investment of nearly 1 billion yuan (US$153 million), is the nation’s first large scientific facility with functions of both clinical medicine practice and basic research.

It will target key technologies for major diseases such as tumors, metabolic diseases and cardiocerebral vascular diseases to study and solve the problems of occurrence, development and treatment.

It will pursue a process from clinical practice to new technology and pharmaceutical product development then back to clinical use, directly benefiting patients.

The building in Ruijin has four features: 300 beds for clinical research, with each bed its own data collection function; the world’s first digital energy metabolism monitoring platform, which can conduct strict monitoring of the metabolism for different status of a person; an automatic clinical biological database plus a million-people database; and a biological information service platform.

In addition to the building in Ruijin, the facility also is partly located in the Minhang branch of Shanghai Jiao Tong University. 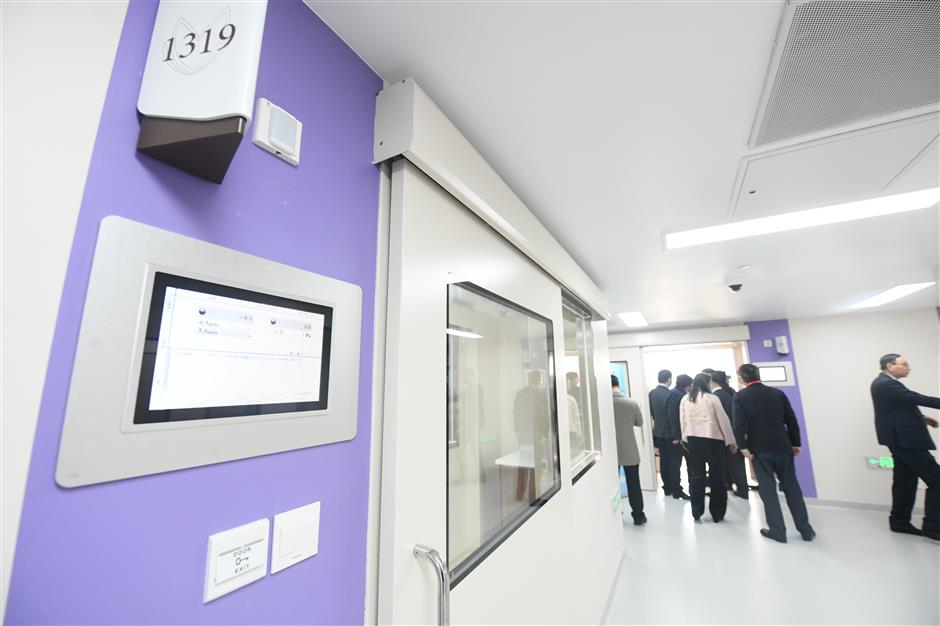 Intelligent wards at the translational medicine facility in Ruijin Hospital. 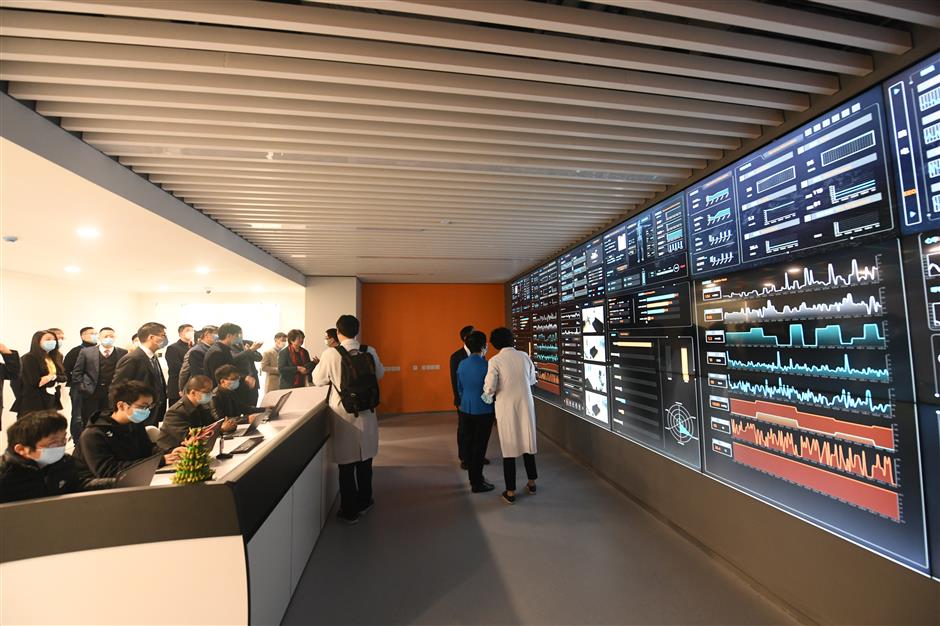 The monitoring headquarters at the translational medicine facility.