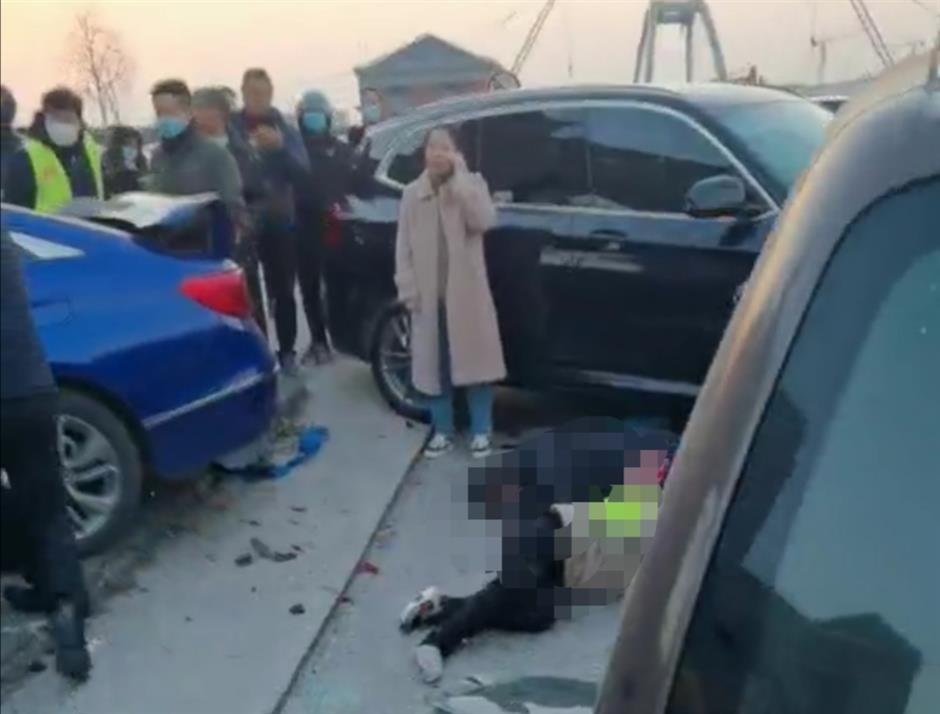 A pedestrian lies on the ground after the accident, but police said no one was critically injured.

Four people were injured in a traffic accident outside a school in Songjiang District on Tuesday, police said on Wednesday.

The accident took place near the intersection of Chenta Road and Ledu Road W. at 5pm on Tuesday.

The four people were not critically injured, police said.

The woman, surnamed Zhou, was said to have been about to pick up her child from school when the accident happened.

Zhou was not driving under the influence of alcohol or drugs, police said, and an investigation is still underway.