Local scientists for the first time have found the difference of immune ecosystem for primary and relapsed liver cancer and issued a single-cell landscape of the ecosystem in early-relapse liver cancer.

The study, published by world-leading journal Cell, is useful in exploring the mechanism for the relapse and spread of post-surgery liver cancer and the study of a new strategy for liver cancer treatment, officials from Zhongshan Hospital said on Thursday.

Tumor ecosystems, which are comprised of cancer cells, immune cells, stromal cells and other cell types, determine disease progression and response to therapy.

Liver cancer is one of the most common cancers and, annually, new cases in China cover over half of the total number diagnosed in the world.

Currently, surgery is the main treatment for liver cancer. However, 60 to 70 percent of patients will suffer a relapse within five years after surgery, with 66 percent of those patients suffering an early relapse within two years.

“It is very important to study why and how the relapse takes place, as relapse has become a key factor determining patients’ treatment effects and survival. It is also the challenge for clinical research,” said Dr Fan Jia, president of Zhongshan Hospital and one of the major researchers in the study.

The research found how early-relapse liver cancer cells escape from the attack of immune cells in the study. 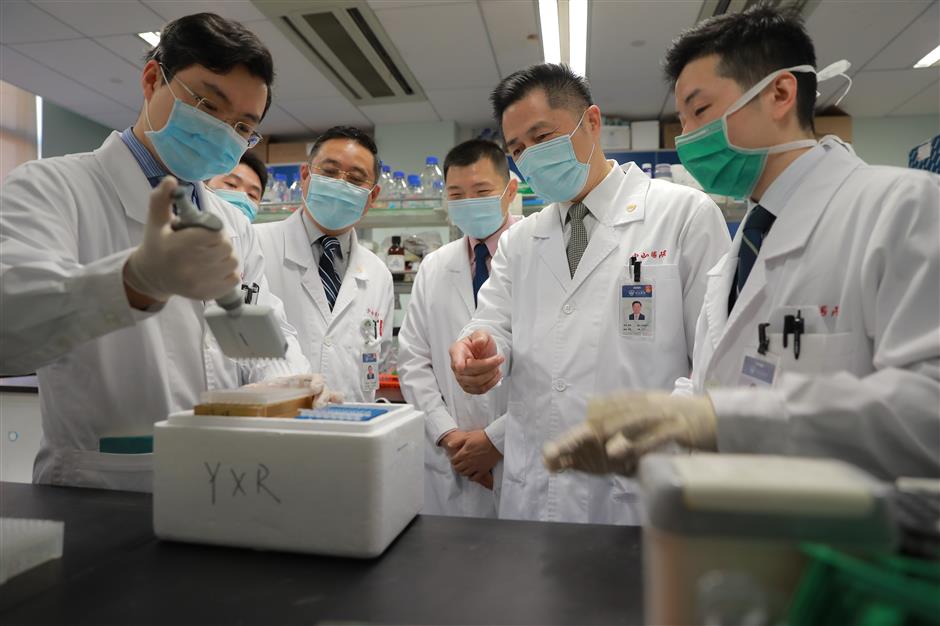 Dr Fan Jia (second from right) with his team