A photographer focuses on his view of 2020

2020 is finally coming to an end and images of special moments are flashing back in my brain — empty streets, tributes in Metro trains. I felt not only anxiety and frustration, but also hope and warmth. Many times, I had only one thought, to capture those moments, no matter whether they were fleeting or ever-lasting. 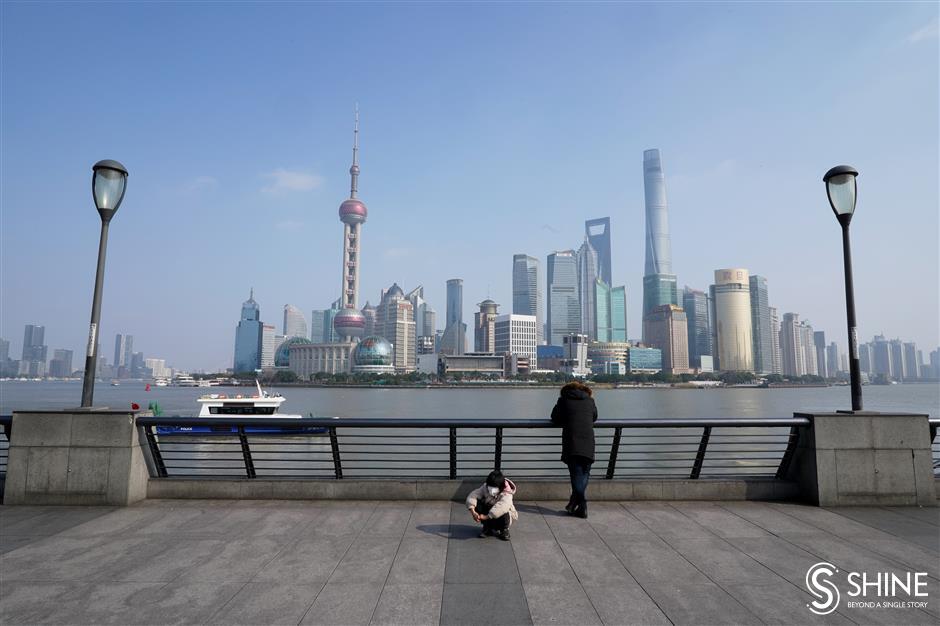 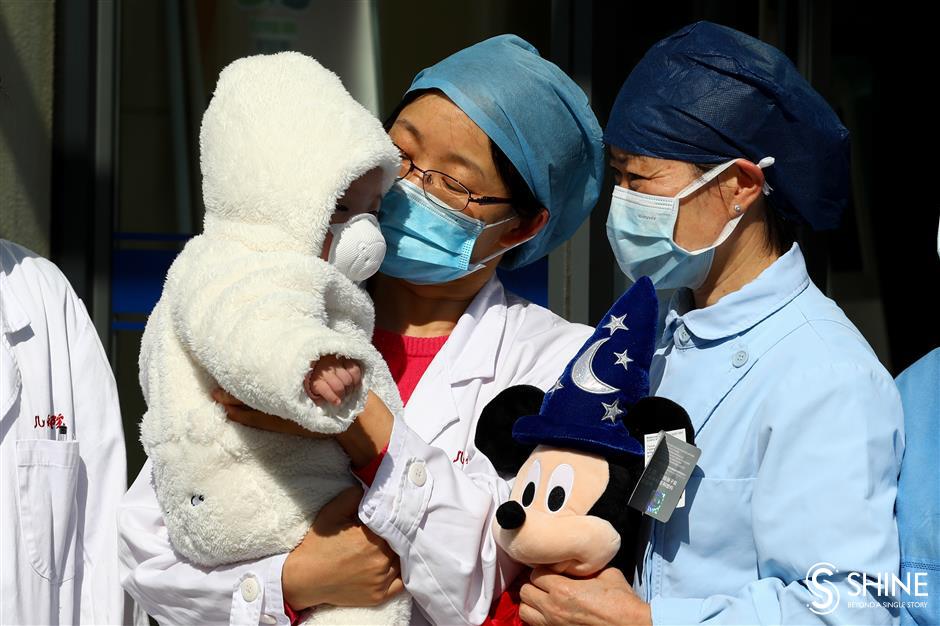 Medical staff bid farewell to a 7-month-old COVID-19 patient at the Children's Hospital of Fudan University on February 20. 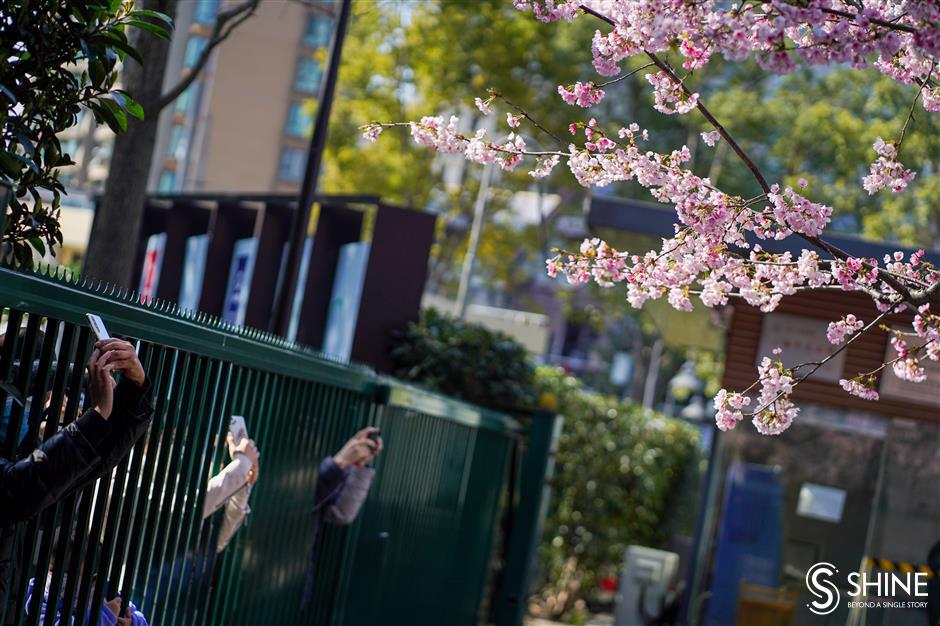 People take snapshots of cherry blossom through railings at Jing'an Sculpture Park on March 5. All parks had been closed due to COVID-19.

On April 4, passengers observe three minutes of silence on Metro Line 1 to mourn those who died of COVID-19. 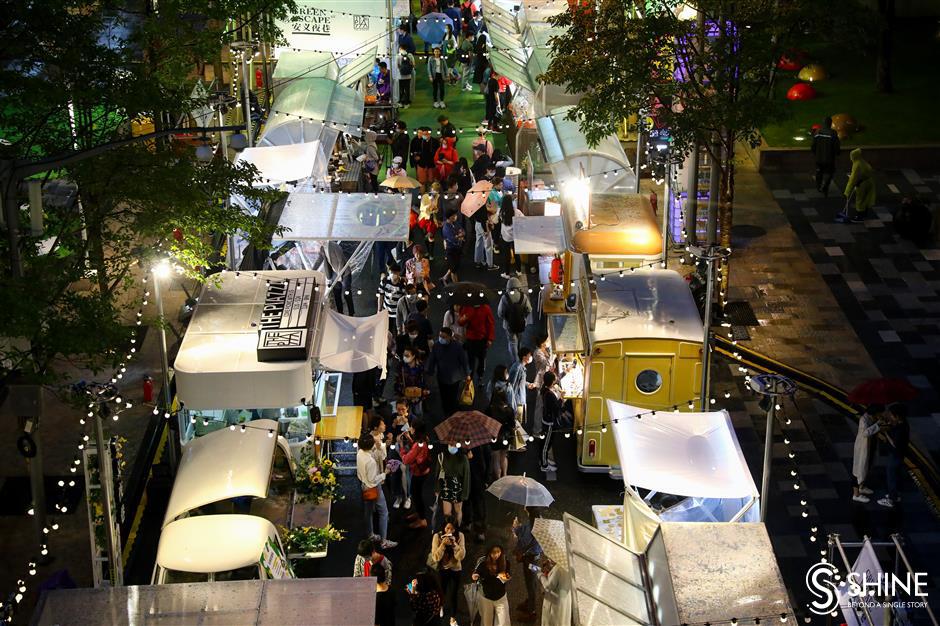 People shop at a street fair on Anyi Road on May 30. Beginning with outdoor events, businesses gradually returned to normal after closing for more than four months. 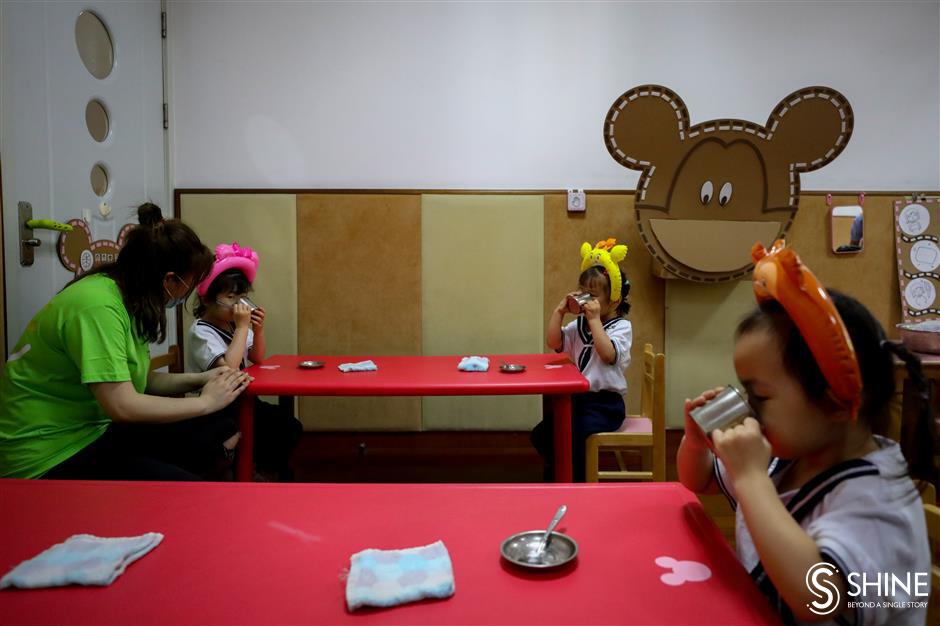 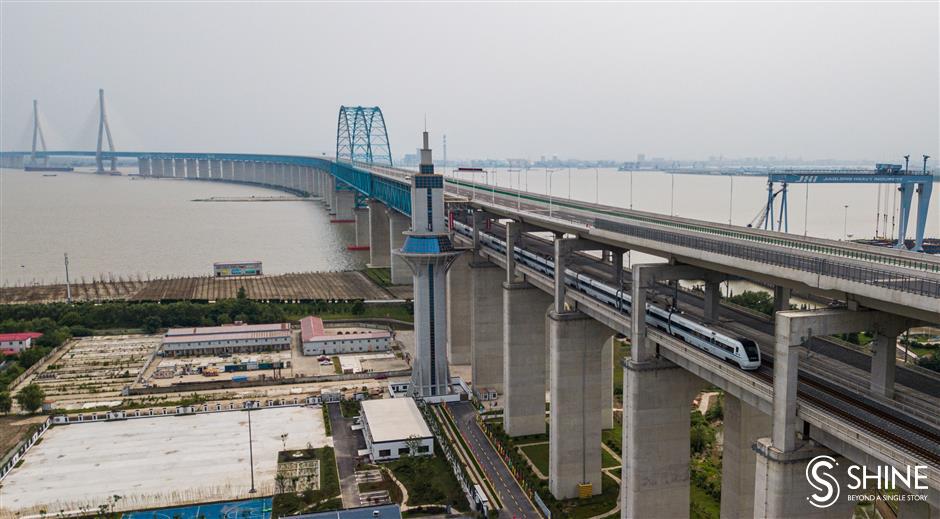 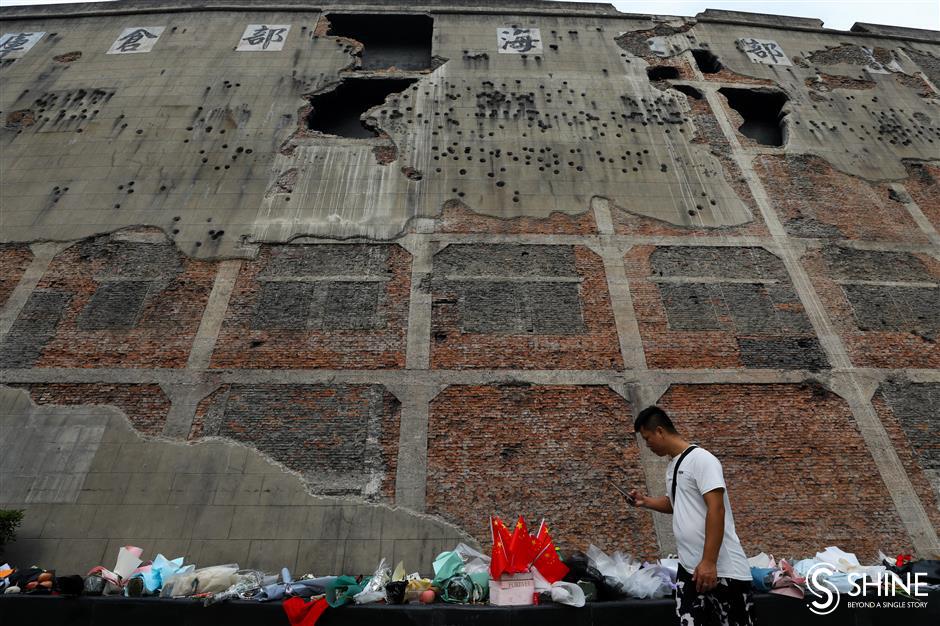 Visitors to Sihang Warehouse leave flowers, cigarettes, wine and national flags to pay respect to the Chinese soldiers who battled Japanese invaders there in 1937. The wartime memorial along Suzhou Creek became a hotspot after the release of the movie "The Eight Hundred." 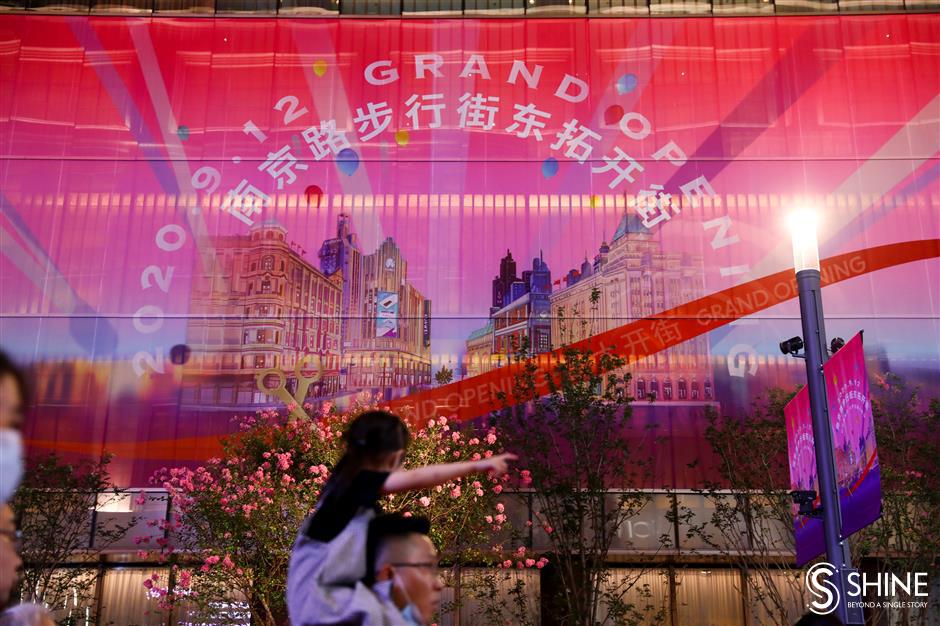 With the daughter on his shoulders, a man walks along the eastern extension of Nanjing Road Pedestrian Mall on September 12, the day it officially opened to the public. 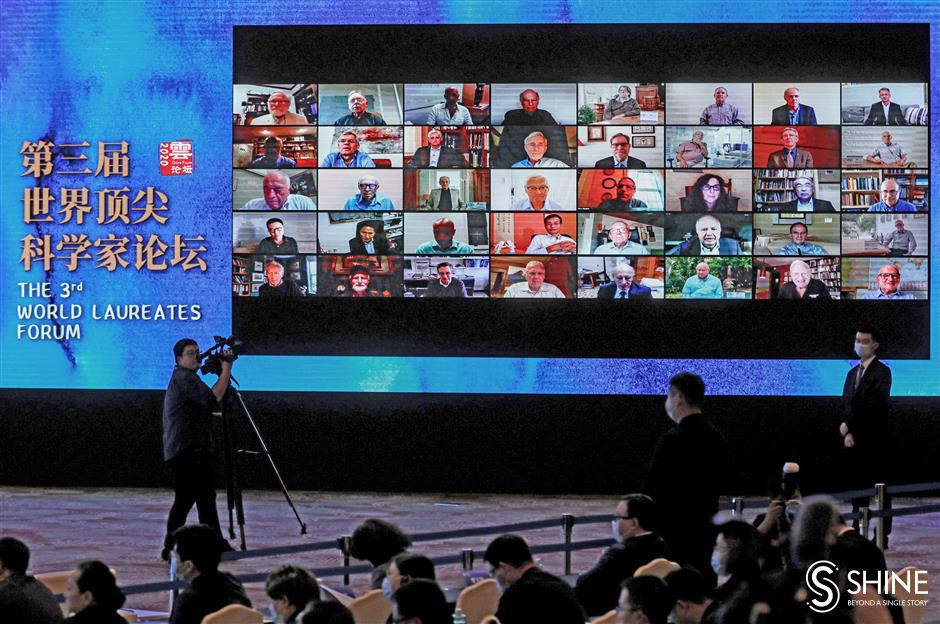 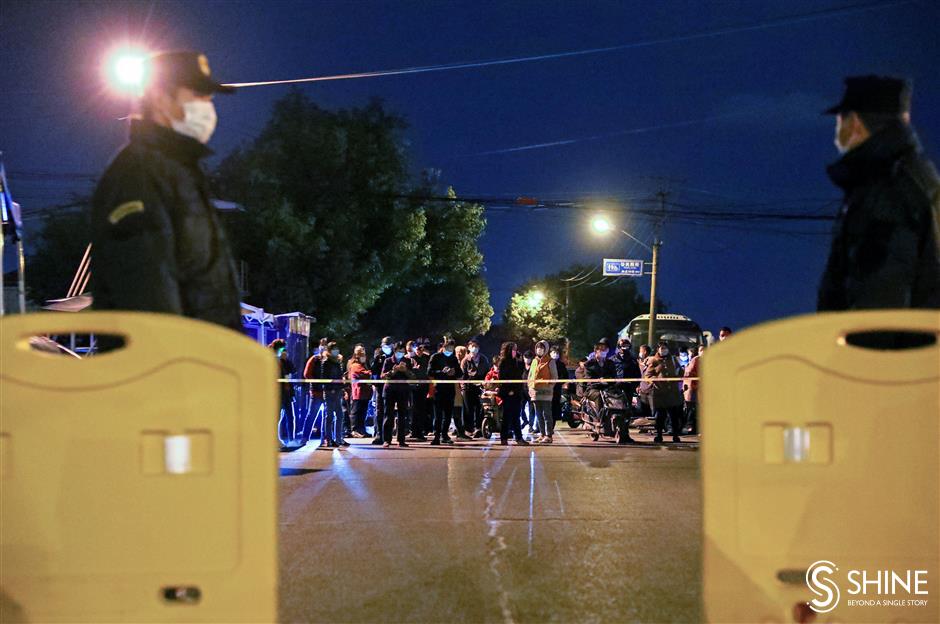 Residents in Yingqian Village line up behind a cordon on the evening of November 23 before a 14-day lockdown was lifted. The village, with 3,000 households, was quarantined after a resident tested positive for COVID-19 on November 9. 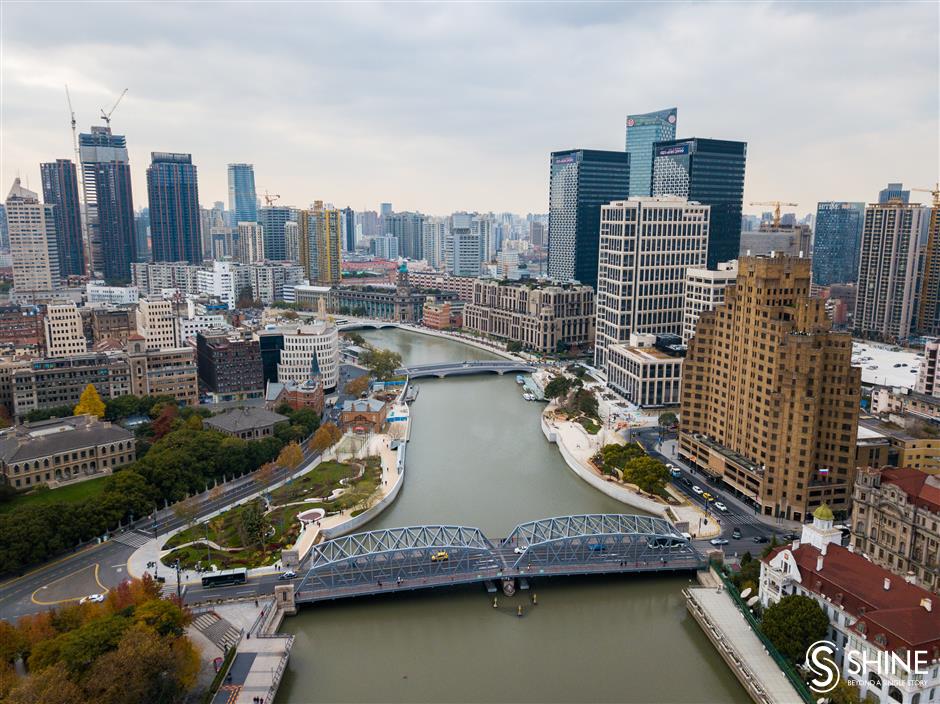 An aerial view of Suzhou Creek on December 9. The riverside development project is due to be completed by the end of the year.