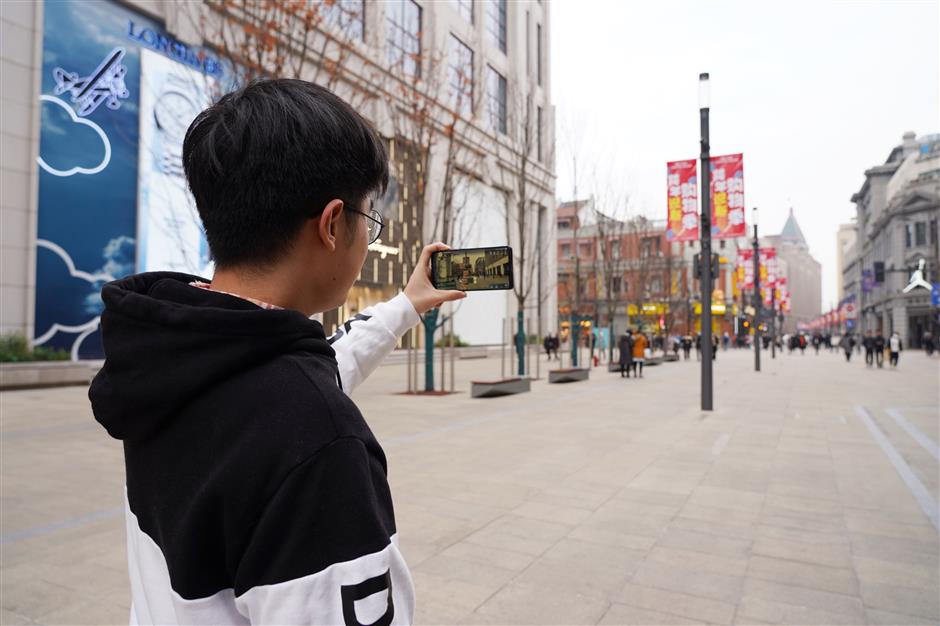 The mobile app, named “Play around Nanjing Road Pedestrian Street”, displays shopping information and travel routes as well as the history and culture of the road.

People are also invited to an augmented reality and location-based game, similar to Pokemon Go. Store information and virtual “treasure boxes” will appear after a person opens the camera on their phone.

The “regular box” will include discounts or cash coupons for various eateries along the street, while the “rare box” features a one-year right to use a new car, retail coupons up to 10,000 yuan (US$1,529), along with the newest iPhone and cosmetics.

They can also complete mobile payments, and enjoy a membership and book delivery service.

The app was developed by the Nanjing Road Pedestrian Street Management Co.

The app is aimed at mainstream young consumers on the street, an official with the company said.

“It also showcases the profound history and humanity of the road with the brand-new way,” he added.

Dubbed China's "Fifth Avenue," Nanjing Road was known as Park Lane in the mid-19th century, back when it was the nation’s first asphalt roadway. It carried Shanghai’s first car in 1901 and its first tram in 1908. The western end of the road was turned into a pedestrian mall in 1999. It was newly extended to the Bund this year, putting it under spotlight again.

The pedestrian mall, known as China’s No. 1 commercial street, received over 200 million tourists in 2019 with total sales exceeding 18 billion yuan, making it one of the most lucrative commercial hubs in the city. More than 20 international and time-honored local brands are operating on the street, the district government said.

The app is part of efforts to create a “smart shopping complex” on the mall. The project has been listed as a pilot “artificial intelligence application scenario,” featuring 5G, AR and other smart technologies. 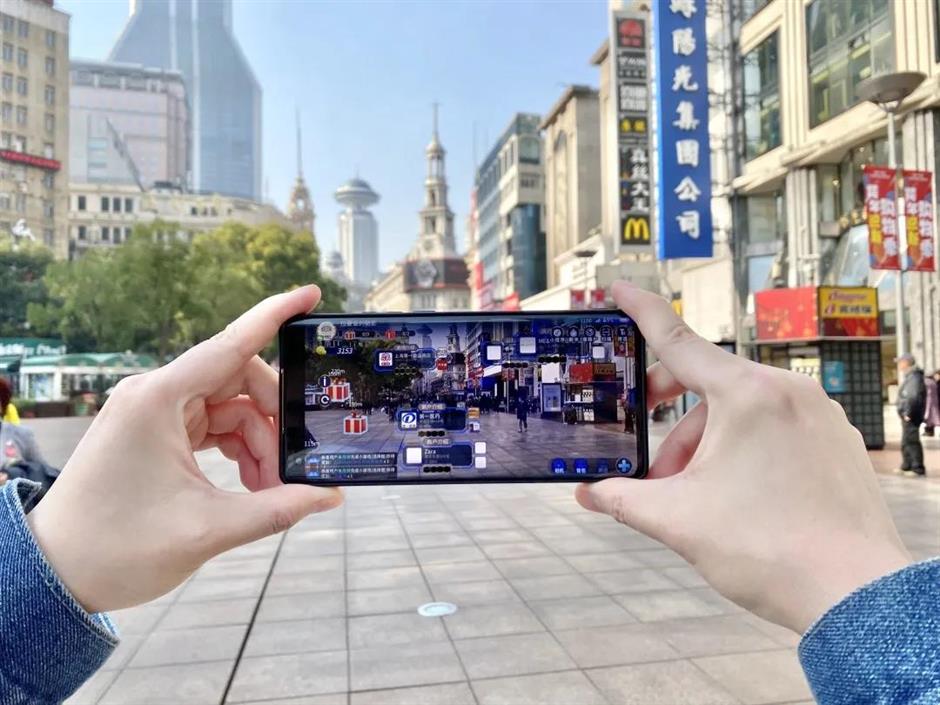 The mobile app displays information about stores, history of the street and "virtual boxes" with various coupons.