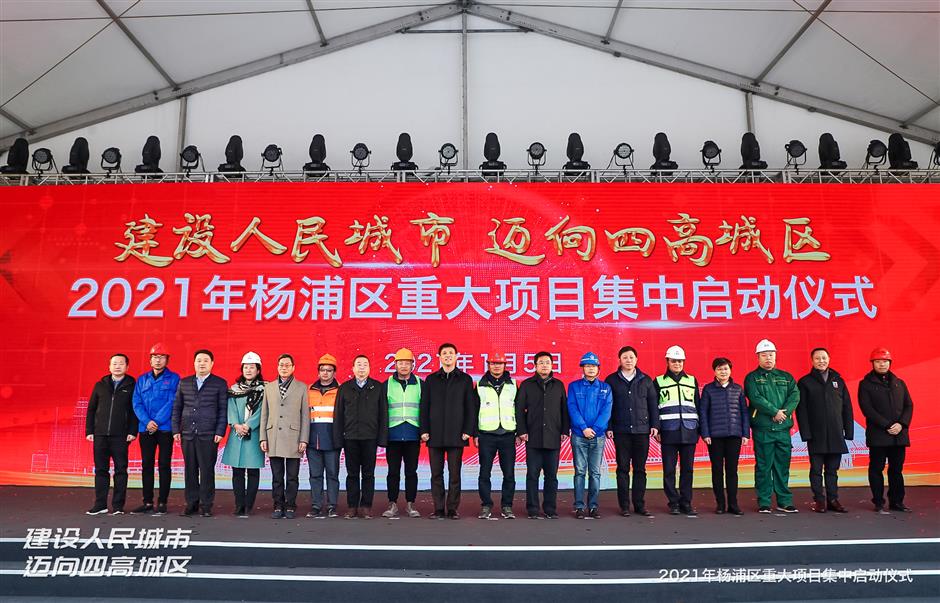 Xie Jiangang, Party secretary of Yangpu District, poses with construction workers and company officials to mark the beginning of 10 major projects in Yangpu in 2021.

Construction began on Tuesday on new roads and bridges along with commercial complexes, rental houses and renovated public facilities in Yangpu District.

With a budget of 10 billion yuan, the 10 major projects, a top priority of the district government in 2021, will improve both the infrastructure and people’s livelihoods in Yangpu, government officials said.

A grand opening ceremony took place on Tuesday morning at one of the new projects near the Wujiaochang subcenter. Xie Jiangang, Party secretary of Yangpu, announced the official beginning of the projects.

Yangpu is working to become a modern urban district with the latest people-oriented practices, high technology and innovation, excellent social governance and a high standard of living and ecology.

The 100 major construction projects are scheduled to break ground this year, including 29 that cover more than 1.7 million square meters. 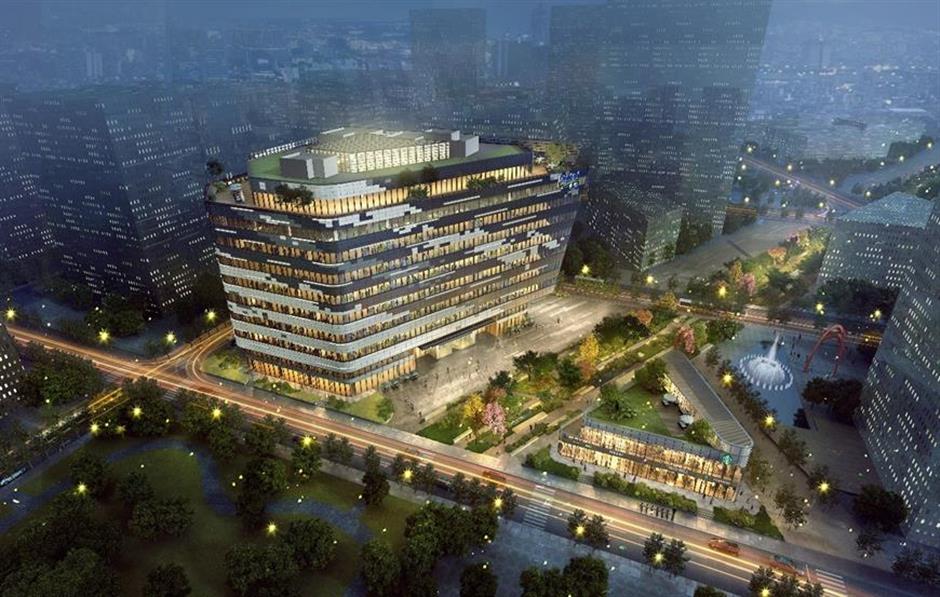 An artist's rendition of a new commercial and office complex near the Wujiaochang subcenter.

In 2020, construction began on 78 projects, including 21 listed as major projects.

One of the new projects, a key CapitaLand commercial and office center near Wujiaochang, will cover nearly 10,000 square meters to accommodate high-tech companies and incubators, and will include exhibition halls and sports and recreation facilities.

Shanghai Baixian Group unveiled a commercial and office complex above the Wujiaochang Metro station that will feature offices, chain hotels and stores. A nearby public transport hub will enable people to transfer on subways and buses more conveniently.

A major apartment building is going up on the corner of Jiangpu and Changyang roads that will have 200 units when completed next year. It will primarily serve people working on the Huangpu River waterfront and Changyang Campus, a national entrepreneurship park. 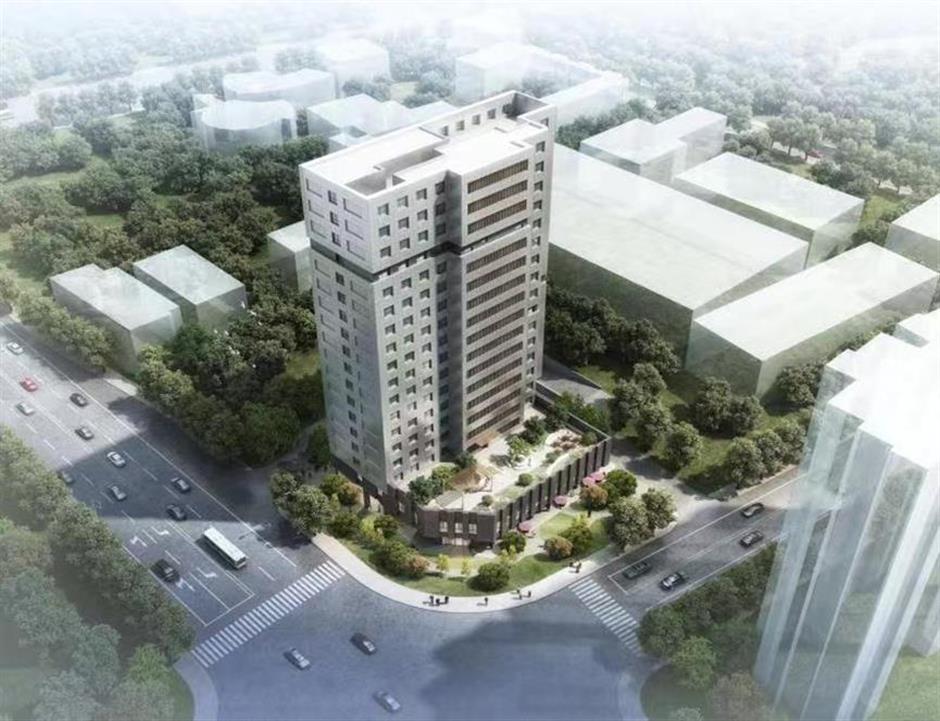 A new apartment building on Jiangpu and Changyang roads will be completed next year.

Two new roads will be built near the border of Yangpu and Baoshan districts along with three new bridges.

The one-kilometer-long Suifenhe Road will connect Guojiang and Zhenglian roads, while Zhenglian Road is under construction between Guofan and Jungong roads. The new bridges will cross the Jingyi, Weiqi and Weiliu rivers to improve the flow of traffic in Xinjiangwan Town.

Renovation projects have also been launched to expand Kongjiang Hospital and to rebuild Shuifeng Road Elementary School, originally constructed in the 1950s.

New community senior service centers are underway in the Daqiao and Changhai Road subdistricts that will include daycare centers, canteens, cognitive intervention and rehabilitation facilities. 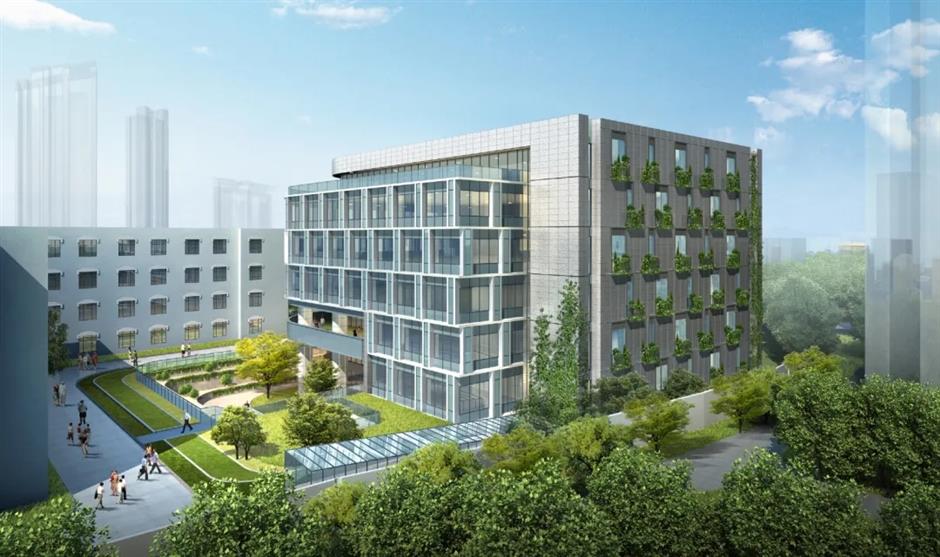 A new medical building will be added to Kongjiang Hospital.