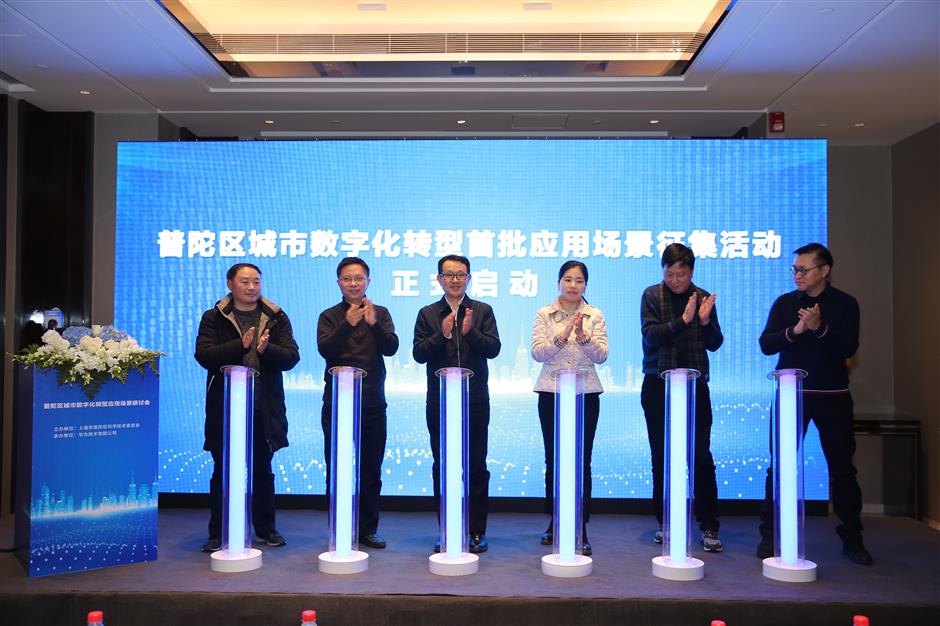 Putuo District began soliciting pilot applications in the digital transformation of the economy, daily life and urban governance as part of Shanghai’s ambition to become an international capital for digitalization.

A batch of high-standard smart applications and scenarios will be collected from local companies and institutions for city-wide promotions, said Li Wenbo, director of Putuo’s science and technology commission.

Leading digital economy tech firms such as 360, JD and Huawei released applications on campus security and senior care at a seminar in Putuo on Wednesday.

Another application to ensure the safety of elderly people living alone was also unveiled at the seminar. It includes smoke and gas sensors, smart door catches, an intelligent drug box as well as heart and breath sensors installed on a bed. An alert is sent to the nearby community workers if danger is detected.

A similar application has been launched in Putuo’s Changshou Road Subdistrict. Through the “special care group information management” system, officials can monitor the daily activities of elderly residents on screen or on their phones and the system incorporates a number of sensors, such as those for smoke and gas.

A number of demonstration applications are expected to be selected by the second quarter of 2021, Li said.