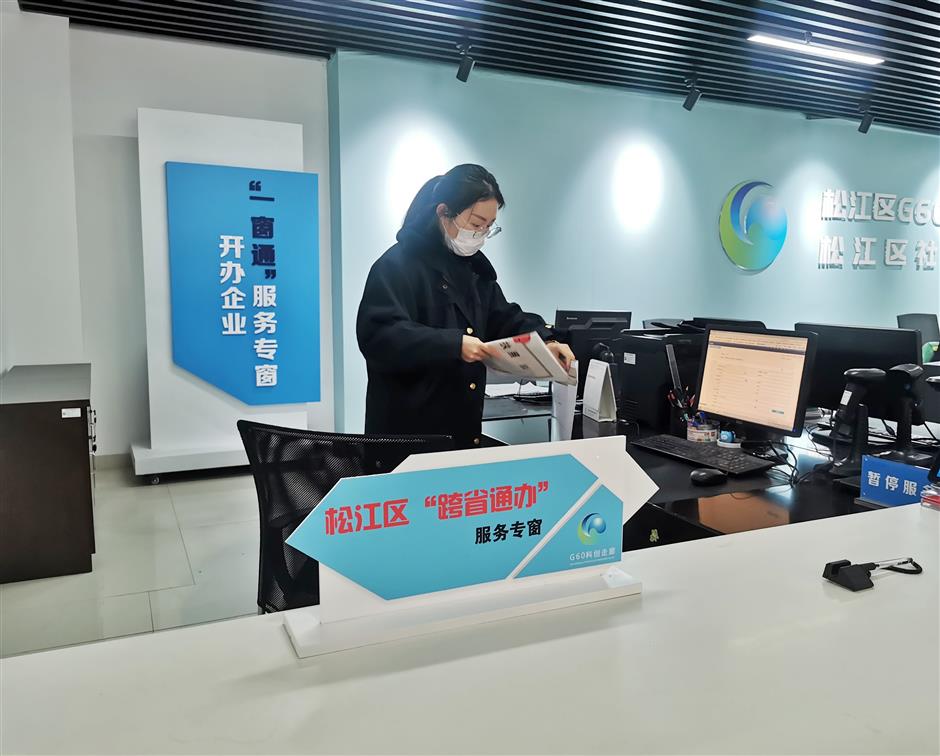 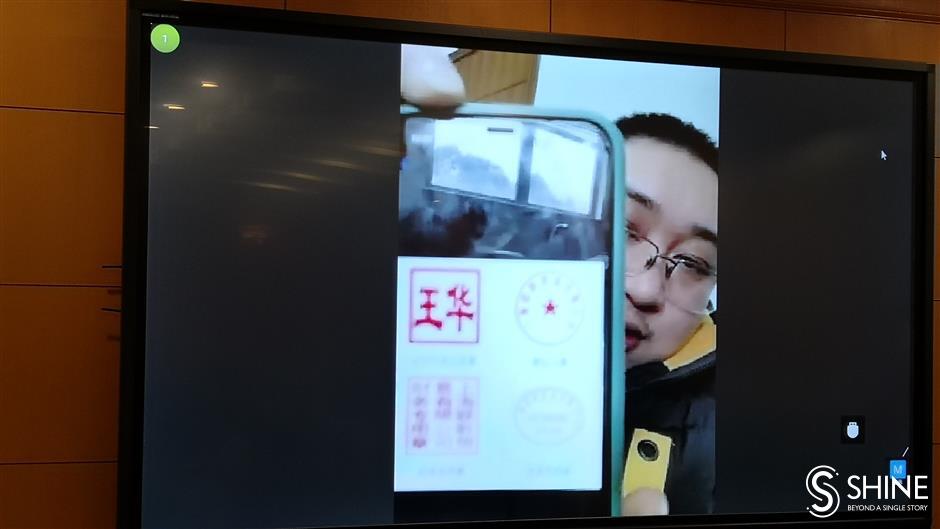 Wang Hua in Changzhou shows his e-seal via WeChat video.

Applicants based outside Shanghai no longer need to visit the city if they want to register new businesses, including domestic- and foreign-funded enterprises, individual companies and farmers' cooperatives, officials from the Shanghai Administration for Market Regulation said.

Alteration and cancellation of businesses and re-application of lost business licenses are also among the 13 affairs.

Applications are processed through online channels established by the administration. Some registrations are completely paperless by way of e-signatures and files, with the rest processed via delivery services.

Applicants can access the e-versions of business licenses on their phones after their applications are approved, and authorities deliver paper versions if requested.

The e-versions of licenses and seals have the same legal power as paper versions.

Wang Hua, who lives in Changzhou, Jiangsu Province, wanted to establish a trade company in Songjiang District. He applied on January 4 and received his license one day later. The entire process was conducted online.

"It saved transportation expenses and prevented the risks of traveling during the pandemic," said Wang.