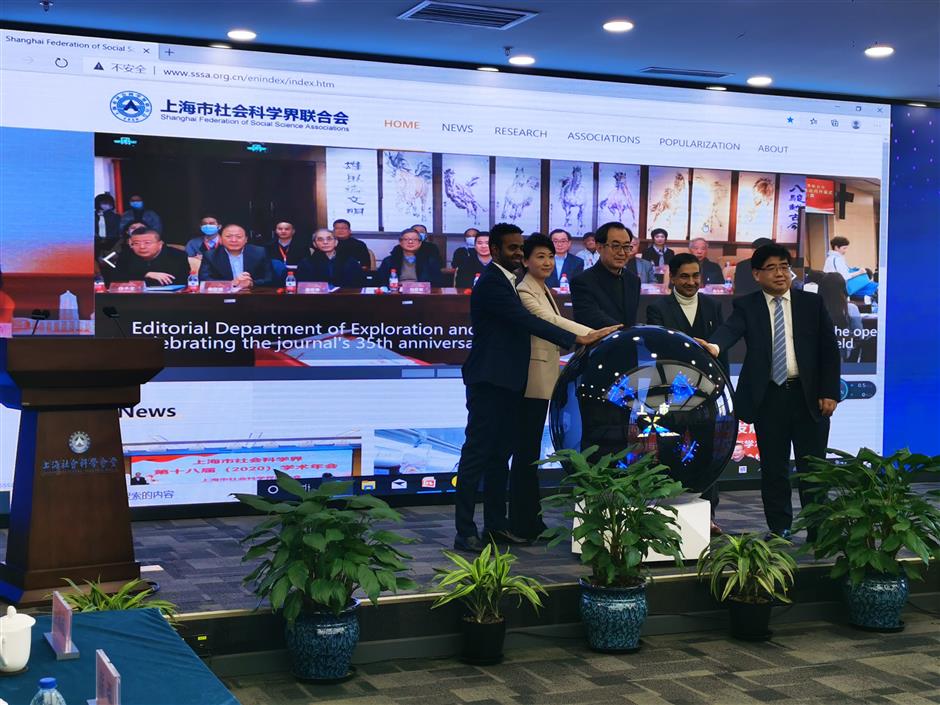 An English website is launched on Friday to enhance academic exchanges between Shanghai, China and foreign countries and regions.

An English website was launched by the Shanghai Federation of Social Science Associations on Friday to enhance academic exchanges between Shanghai, China and foreign countries and regions.

The association, founded in 1958, is a non-governmental academic institution in Huangpu District. It promotes and coordinates research and popularization in social sciences, including philosophy and the humanities.

The city’s related news, research, activity and knowledge will be released on the website (www.sssa.org.cn/enindex/index.htm).

It will become one of the bridges of communication between people in other countries and Chinese people, using an acceptable way and understandable language to let the world hear the voice of China, said Quan Heng, executive vice chairman of the associations.

Through publishing the newest viewpoints and achievements of Shanghai social science research on the Internet, the world can better understand Shanghai and China, which is important to establish a community with a shared future for mankind, she added.