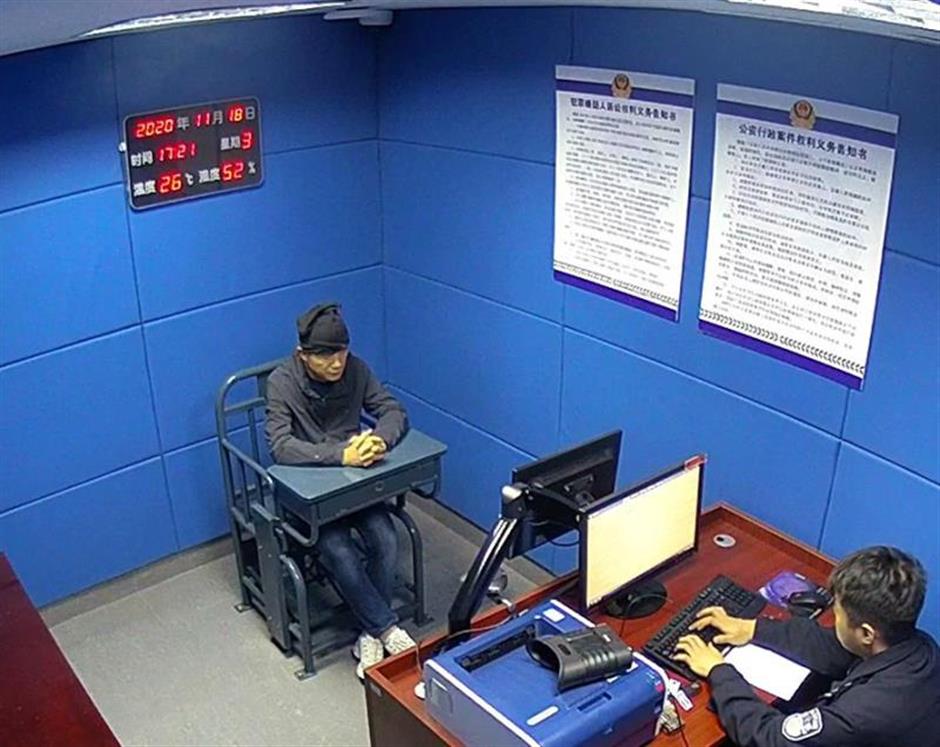 One of the suspects being questioned by the police.

Five suspects have been caught for allegedly running a fundraising fraud against elderly people, Shanghai police said on Wednesday.

The suspects, running a company called “Jiayi” in Shanghai, allegedly have defrauded people over 30 million yuan (US$4.6 million) with fake financial products.

Police in Huangpu District said they started their investigation later last year after receiving clues about the fraud.

The suspects allegedly illegally obtained the personal information of elderly people who had purchased some life insurance and hired people to contact them fictitiously in the name of insurance brokers.

The potential victims were summoned to their office and tricked into purchasing some financial product which guaranteed 6 to 6.5 percent of return annually but actually didn’t exist, police said.

After the suspects were caught, police immediately froze their company’s bank accounts and has recovered 5 million yuan for the victims, police said.