The Bund financial cluster will be expanded both south and westwards to attract more financial firms and institutions from across the globe.

The south Bund area near Nanpu Bridge will be developed along with the pavilions and buildings from the World Expo 2010 Puxi.

Renovation will also be launched on the back rows of historical buildings on the Bund, Yang Dongsheng, deputy director of Huangpu told district’s lawmakers over the weekend.

The expanded Bund cluster will provide more office buildings, including renovated historical structures. Construction has been in full swing in the Dongjiadu financial city in the south Bund, which will be home to the financial institutions such as the second headquarters of China Construction Bank, Haitong Securities and Bank of Shanghai.

The Bund cluster will focus on asset management and fintech to further open up to foreign investments. More financial, asset and human resources institutions with global influence will be attracted to the cluster, he added. 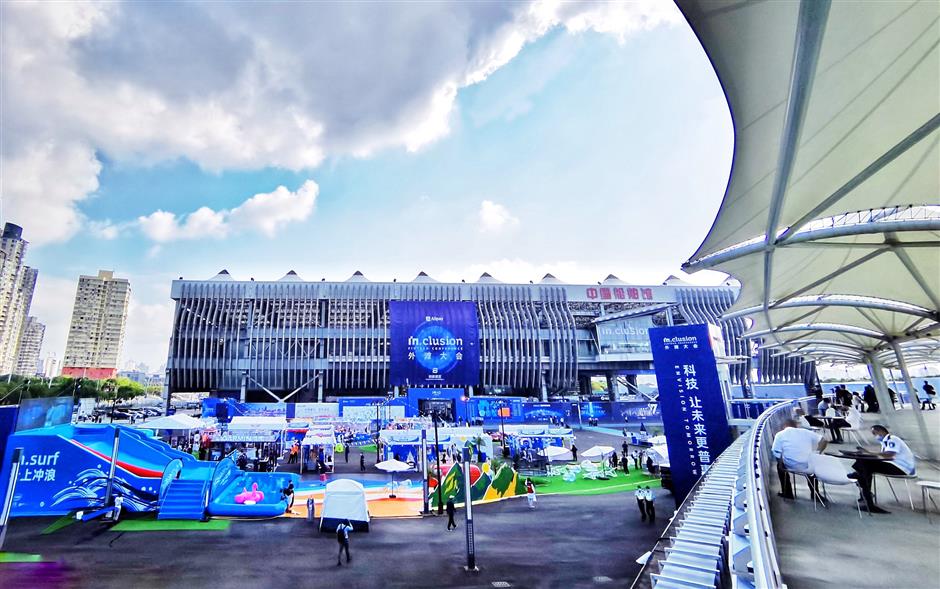 The Inclusion Fintech Conference is held in the former World Expo 2010 site in Puxi in September 2020.

A large number of major financial institutes from both home and abroad, such as the China Foreign Exchange Trade System, Shanghai Clearing House, Shanghai Pudong Development Bank and Bangkok Bank, are based in the historical structures along the Huangpu River.

The backstreet Bund buildings, mostly built before the founding of the People’s Republic of China in 1949, include about 100 with protected status. However, many lack essential facilities and have been poorly maintained. They are owned by state-owned enterprises, small businesses, budget hotels, training institutes and residents. More than 2,000 households have no separate toilet.

Huangpu aims to relocate more than 20,000 households in old residential houses in 2021 to improve living conditions while protecting the historical downtown residence.

The district has the largest remaining area of decrepit lane-style neighborhoods, covering some 2 million square meters, which feature crammed living space and shared bathrooms and kitchens.

The district government plans to finish renovating all the level-2 lane-style houses, or those in the worst condition without private toilets or kitchens, by the end of 2022.

The focus will on the major regions around the Beijing, Nanjing and Nansuzhou roads, where most of the houses in poor condition are located, said Hong Jiliang, another deputy director of Huangpu.