Construction of Metro Line 14 and the remaining part of phase 1 of Metro Line 18 will be completed this year, said mayor Gong Zheng in the government report at the opening plenary of the fifth session of the 15th Shanghai People's Congress on Sunday.

By then, Shanghai will be added another 61 kilometers to its Metro network, which is the largest in the world, according to the mayor.

The 38.5-kilometer, 31-station Metro Line 14, runs west to east and links Fengbang in Jiading District and Jinqiao in the Pudong New Area. It passes through Putuo, Jing’an and Huangpu districts.

The 36.8-kilometer, 26-station Metro Line 18 starts at South Changjiang Road in the north and runs through Baoshan and Yangpu districts and the Pudong New Area. The first eight stations in the south, from Yuqiao to Hangtou, have already opened. 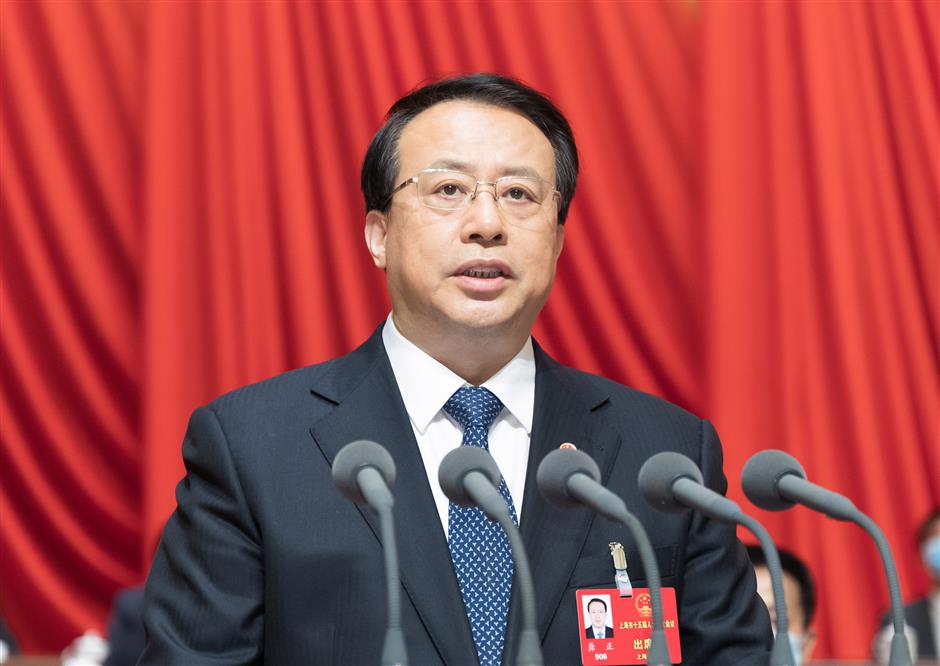 The west extension of Line 13, from Jinyun Road to Zhuguang Road, will connect the line with Line 17, while Line 17 will travel along Dianshan Lake with a new elevated station in Xicen beyond the current terminal station at Shanghai Oriental Land.

Line 21 is planned to link Chuansha Road and Dongjing Road in the Pudong New Area, while Line 23 will link Minhang Development Zone and Shanghai Stadium.

Also, the city plans to increase the capacity of Line 3 and 4 this year and accelerate the construction of the Chongming Line and the urban railway that connects the city’s two international airports, the mayor said.

Shanghai will also push forward the construction of the S3 Highway that provides a fast link from the east of Fengxian District to the Pudong New Area and the Shanghai part and Songjiang transportation hub of the Shanghai-Suzhou-Huzhou High-speed Railway this year.

The west part of the Beiheng Passage from Beihong Road overpass to Tianmu Road overpass will be completed this year, the mayor said. The Beiheng Passage, linking Beihong Road at the Middle Ring Road in Changning District to the intersection of Zhoujiazui Road and Neijiang Road in Yangpu District, will be a fast east-west track that cuts through the central parts of the city in the north.