A smart, vigorous, green city in the making

The Shanghai government has put forward an ambitious plan for the city’s development over the next five years for deliberation by the city’s legislators at the fifth session of the 15th Shanghai People’s Congress which opened on Sunday.

New infrastructure and attractions, smart public services and a better living environment are among the promises of the government to local residents.

“The city should face the globe and the future, and measure itself against the highest international standards and levels to push for high-quality development, create high-quality life and realize high-performance governance, never backing down on taking up the most difficult tasks and challenges,” the government said in its proposals. 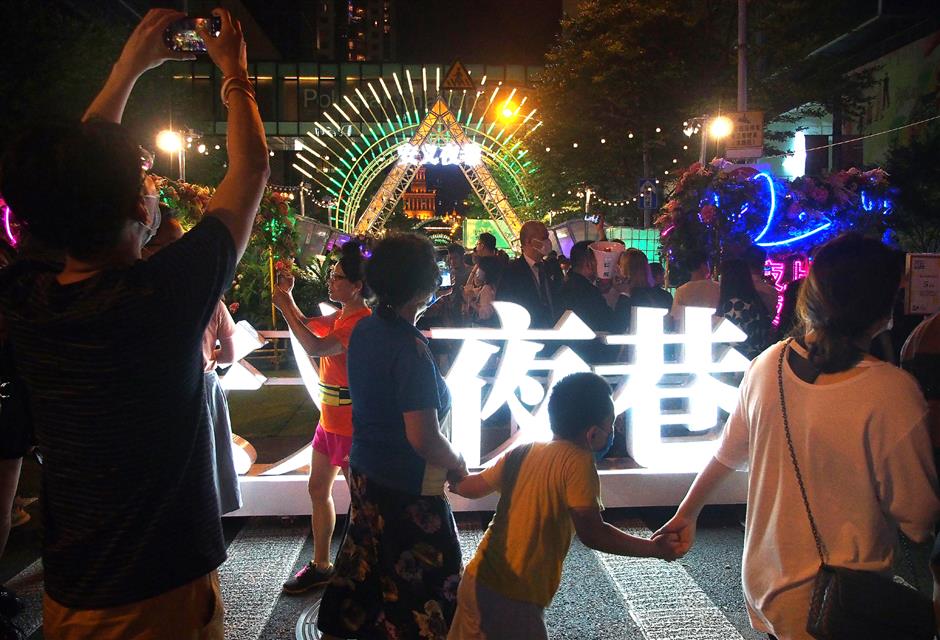 More “trendy 24/7 city hangouts of international styles and Shanghai flavors” are planned for the next period as the government vows to proactively develop the city’s backstreet economy and night economy.

In the next five years, the city will also construct the Legoland theme park in Jinshan District and WintaStar, an indoor ski resort, in Lingang, the Pudong New Area, while upgrading the current major resorts in the city, including Sheshan, Dianshan Lake and Dongping Forest Park resorts and Shanghai International Resort. 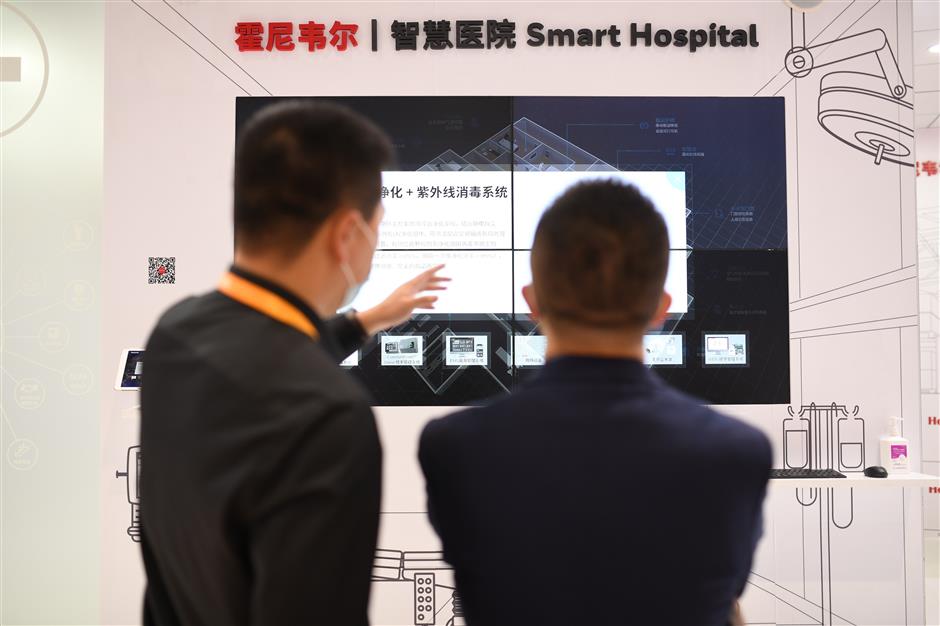 A visitor to the third China International Import Expo in November 2020 hears an introduction to Honeywell's Smart Hospital solutions.

To better serve elderly residents, who account for one-third of all permanent residents of the city, the government will introduce more smart senior care devices that are connected to the Internet and develop smart senior care systems that connect sensors, smart devices and medical devices while compiling standards for smart senior care products and services.

The city will strive to make its online administrative services available to the public 24/7 and expand the usage of the Suishenma health code so that residents won’t have to carry various cards and certificates with them when seeking public services. 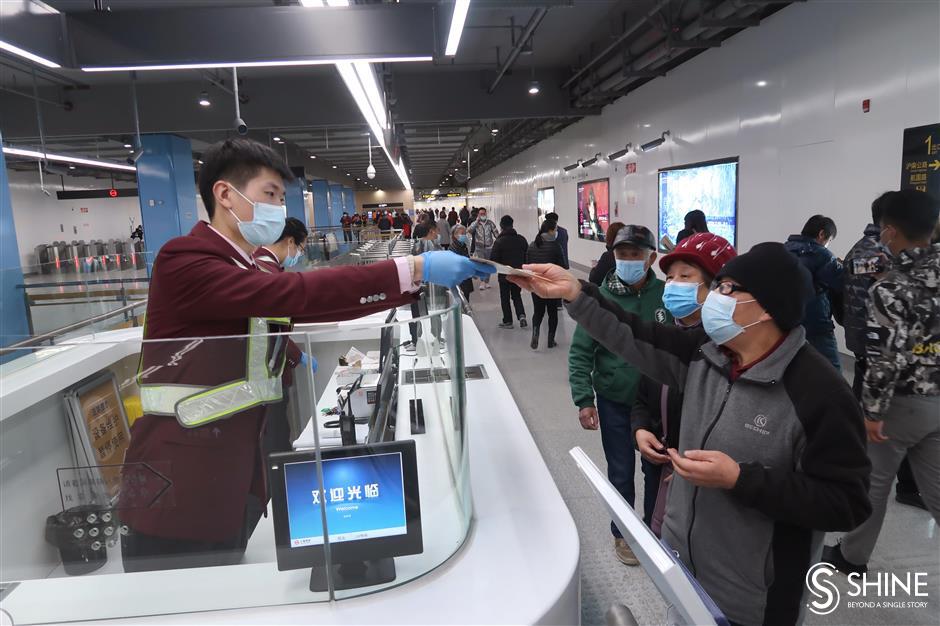 Eight stations in the south of the phase 1 of Metro Line 18 opened at the end of December 2020.

The city will also keep up the momentum of traffic infrastructure constructions to further boost public transportation in the city and its connections with the rest of the Yangtze River Delta region.

Also in the planning are Nanhui-Fengjing Line, the railway line linking Lingang and Fengjing town in Jinshan District, and Shanghai-Pinghu Line, which will better connect the south of Shanghai and the area north of the Hangzhou Bay to the city.

By the end of 2025, people will be able to travel to neighboring cities from the central districts of Shanghai within 60 minutes, and people can travel to all other major cities of the Yangtze River Delta region from major traffic hubs in Shanghai within two hours, the government proposes.

By the end of 2025, the total length of Metro lines and intra-city railways in Shanghai will reach 960 kilometers, while at least 45 percent of people living in central districts are expected to travel by public transportation.

The government also vows to accelerate projects to link the city’s pedestrian and bike lanes. 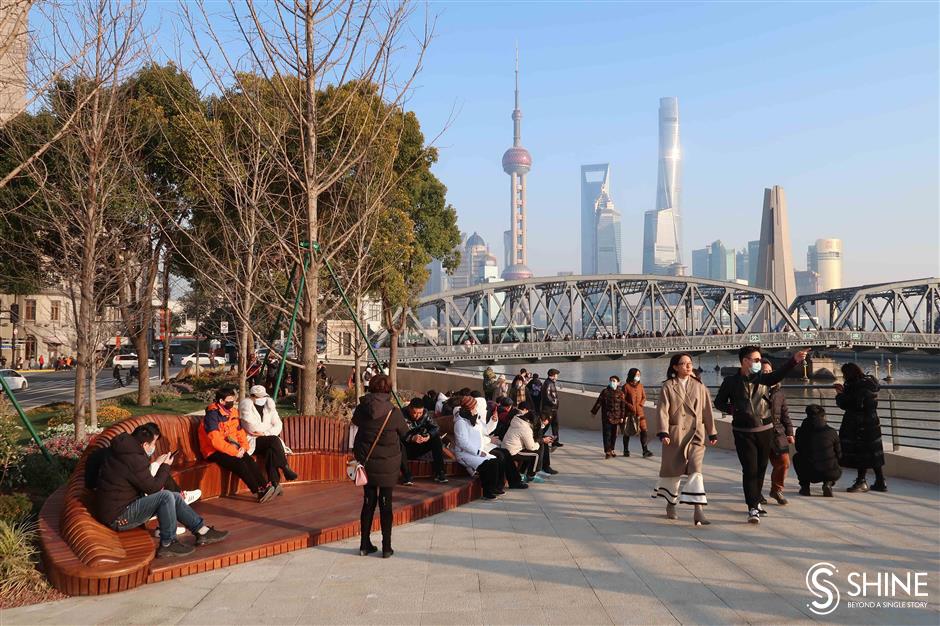 The city will make sure it will reach the peak of carbon emission before 2025, putting the emphasis on energy efficiency and carbon reduction in the electricity, steel and chemical industries.

By the end of 2025, the government aims to reduce the participation of coal consumption in primary energy consumption to 30 percent and to increase the percentage of natural gas consumption to 16 percent, while renewable energy is expected to provide about 8 percent of all electricity power used in Shanghai.

The city will further promote new energy vehicles and strive to apply them to all new buses, taxis, street cleaning vehicles, vehicles used in postal services and government vehicles by 2025.

The recycling rate of household waste is expected to be over 45 percent by the end of the term, and the goal set for 2021 is 40 percent, while the government plans to make household waste sorting entirely traceable by 2025.

The number of parks in Shanghai will be increased to over 1,000 by 2025, with about 600 of them added in the next five years, including suburban parks, community parks, forest land parks and “pocket parks” in central districts.

The average life expectancy of local residents is expected to be over 84 years old by the end of the 2025, while currently it’s 83.66.

Shanghai aims to become an “alluring city featuring innovation, humanity and ecology, as well as to be a socialistic metropolis with global influence” by 2035.