During quarantine, a teenager has been playing his guitar to patients in hospital to ease their anxiety and relieve the pressure on medical staff.

Xiaoliang, 15, was hospitalized at the Renji Hospital's west branch in Huangpu District on January 15 for follow-up checks after he was diagnosed with Crohn's disease. 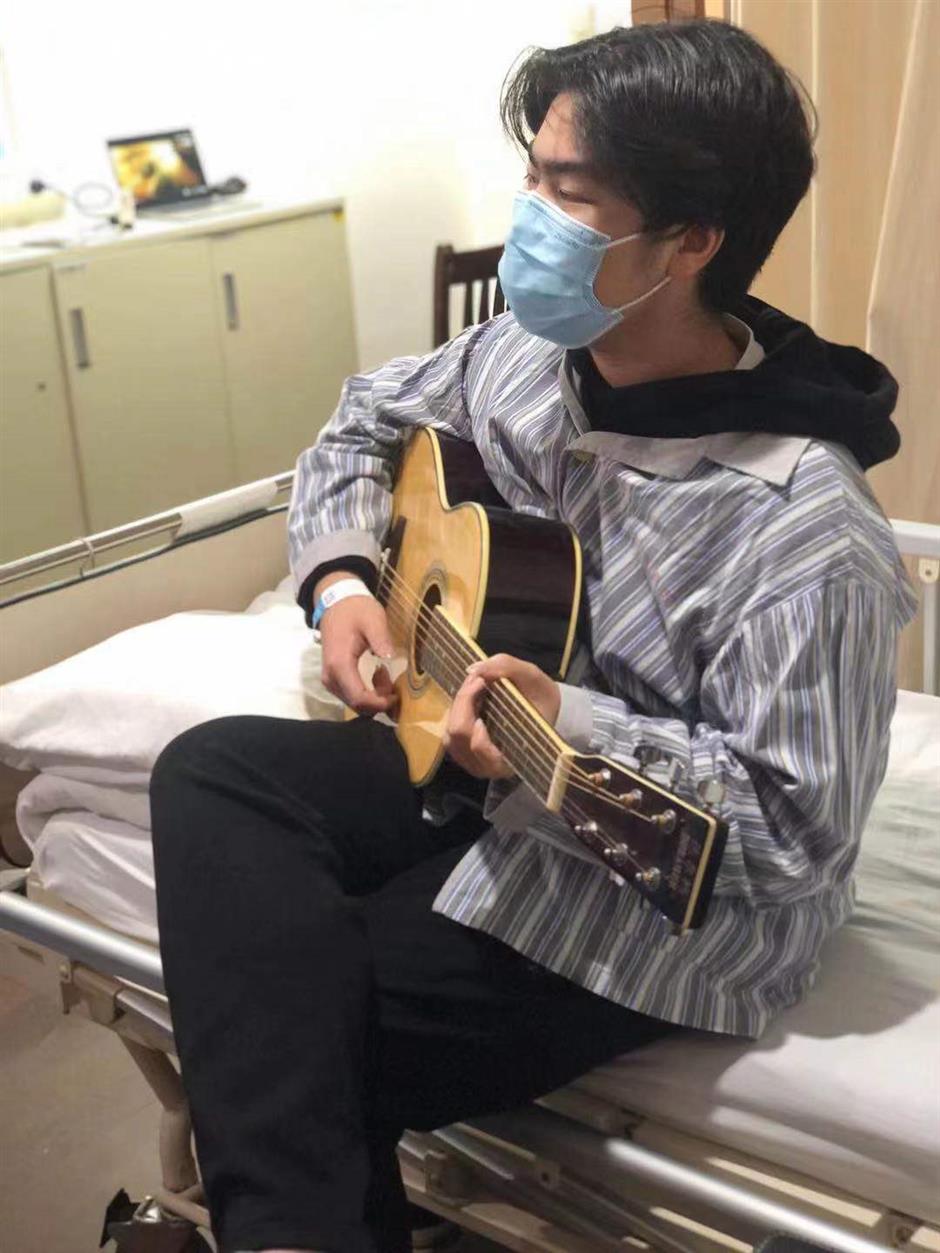 Xiaoliang plays his guitar in the hospital.

He arrived without his parents as he thought he would only be in hospital for a few days. However, the hospital was put under closed-loop management on January 21 after a worker was confirmed with COVID-19 and everyone in the hospital was forced to endure a 14-day quarantine.

It’s common for people with digestive problems to have a fever, and two of his wardmates became anxious about having a fever. So, Xiaoliang chatted with them and invited them to watch videos on his laptop, which greatly eased any panic in the ward. 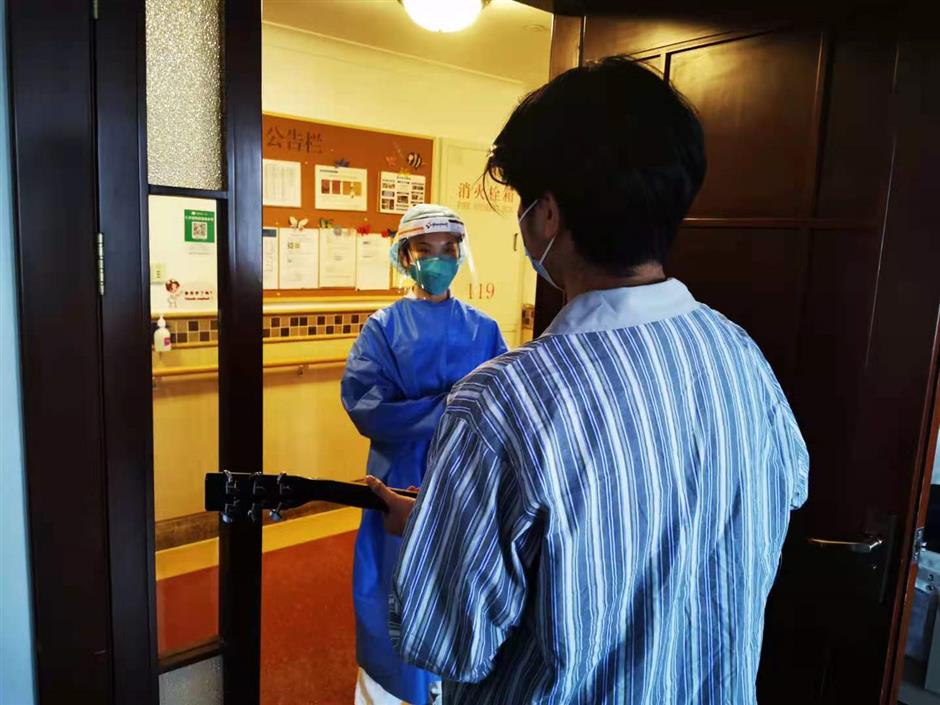 Xiaoliang was delighted to receive his guitar.

He missed his guitar so much that his mother took it to the hospital on Monday. After it was fully disinfected, the guitar was sent to him in the ward.

“As it’s made of wood, we didn’t spray disinfectant liquid on it. Instead, we disinfected it with wipes,” said nurse Xu Mei.

Xiaoliang was delighted to receive his guitar, and he played “Love Yourself” by Justin Bieber for everyone in the ward.

Xu said the music didn’t only lift the patients’ mood but also that of the medical staff.

There are only seven nurses left to take care of a total of 29 patients, together with three patients’ relatives.

“It comforted and encouraged us,” Xu said.