Shanghai set to be abuzz with activities over holiday 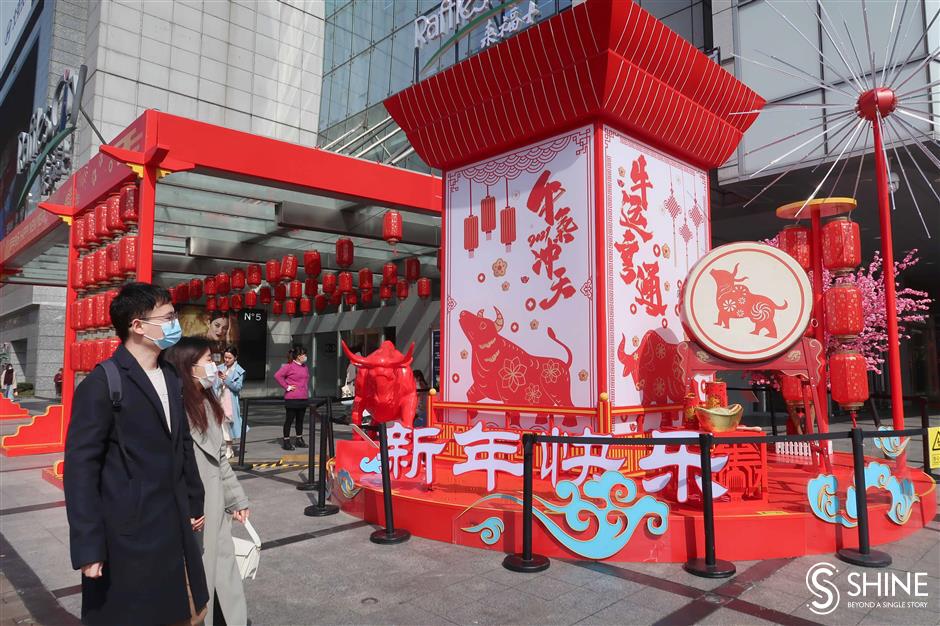 Spring Festival decorations can be seen around the People's Square. 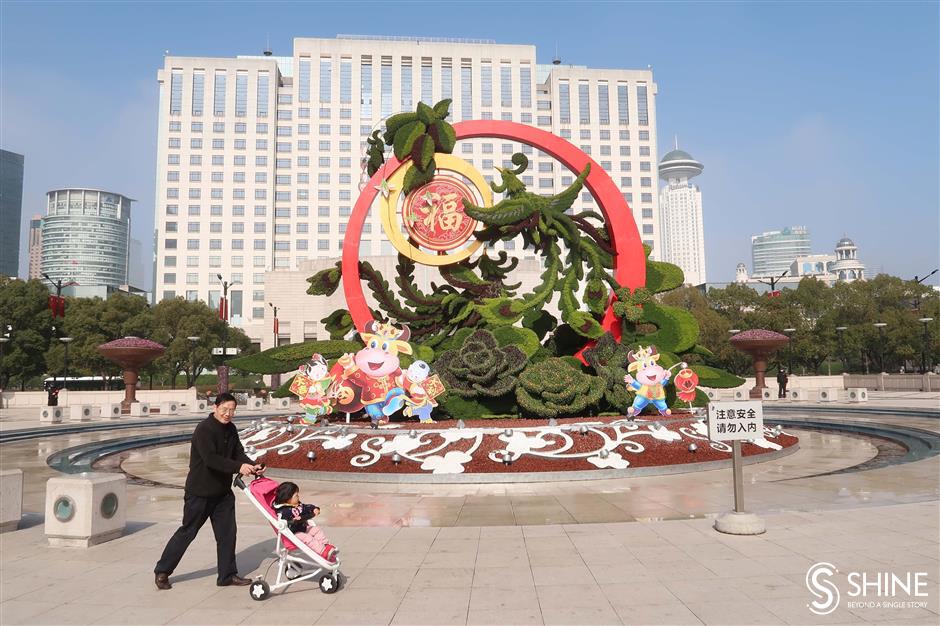 People who stay in Shanghai during the upcoming weeklong Spring Festival holiday, which starts on Thursday, can still have fun with 100 micro tour routes, 100 performances and 100 exhibitions scheduled, the city's cultural and tourism authorities announced today.

During the holiday between February 11 and 17, 130 A-level tourist attractions, 81 museums, nearly 30 art galleries, 15 theaters and 234 libraries, cultural pavilions and community-based cultural activity centers across the city will be open, according to the Shanghai Administration of Culture and Tourism.

The city will create a strong festive atmosphere and improve cultural and tourism services during the holiday while focusing on COVID-19 prevention and control, said Fang Shizhong, director of the administration.

"The city's cultural and tourism services will cater to those working and staying in the city, and enable them to experience the festive atmosphere of Shanghai during the holiday," said Fang.

Tourist routes will range between two and 48 hours in length, stringing together 600 cultural and tourist sites open during the holiday with an array of themes, including "red" culture, new towns, architecture, performances, exhibitions, folk traditions in ancient towns, food and shopping. 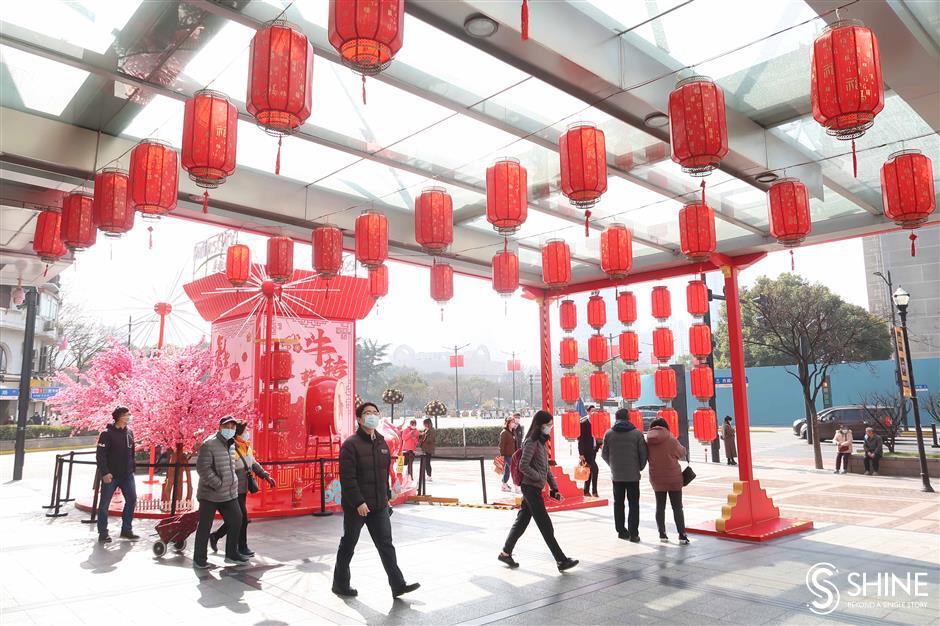 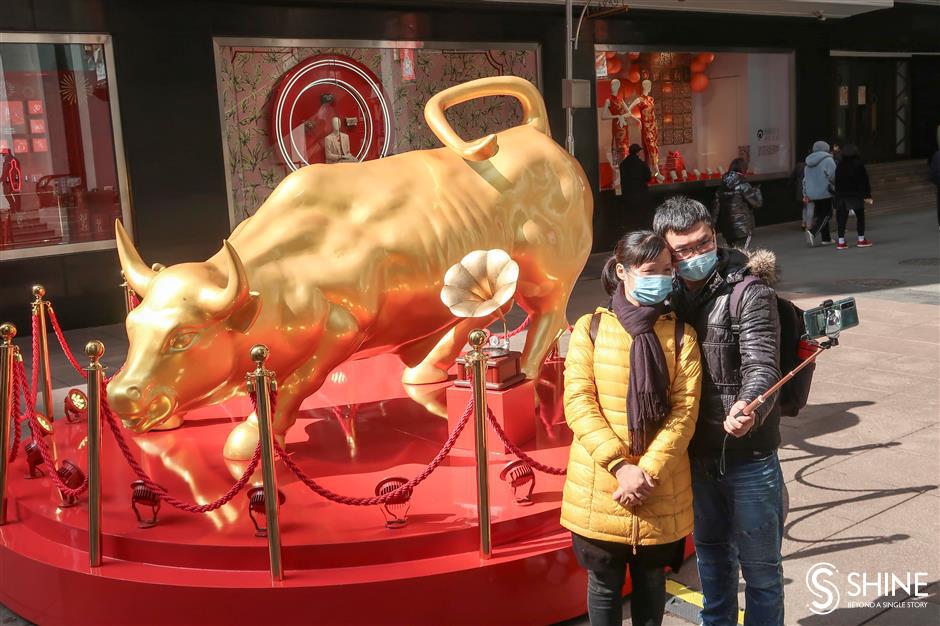 People take photos in front of a statue celebrating the Year of the Ox in downtown Shanghai.

About 100 performances will be staged across the city, including symphonies, Peking Opera, monodrama, Yueju Opera, a Shanghai-style multimedia shadow play and Pingtan, storytelling to music in Suzhou dialect.

Inspections have been conducted at local hotels, cultural venues and theaters to ensure safety.

The administration is reminding people to wear masks, practice social distancing, tend to personal hygiene and avoid large crowds and unnecessary trips outside the city.

People should also follow the guidance of staffers during tours and check the opening and visitor control measures of venues prior to visiting.