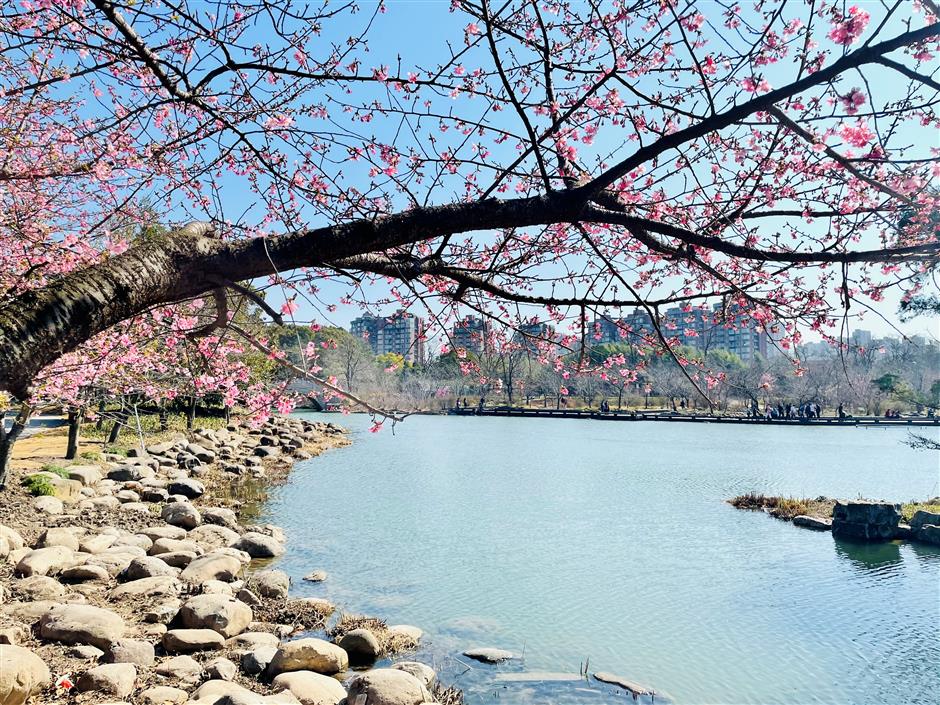 Cherry blossoms in bloom at the Shanghai Botanical Garden. 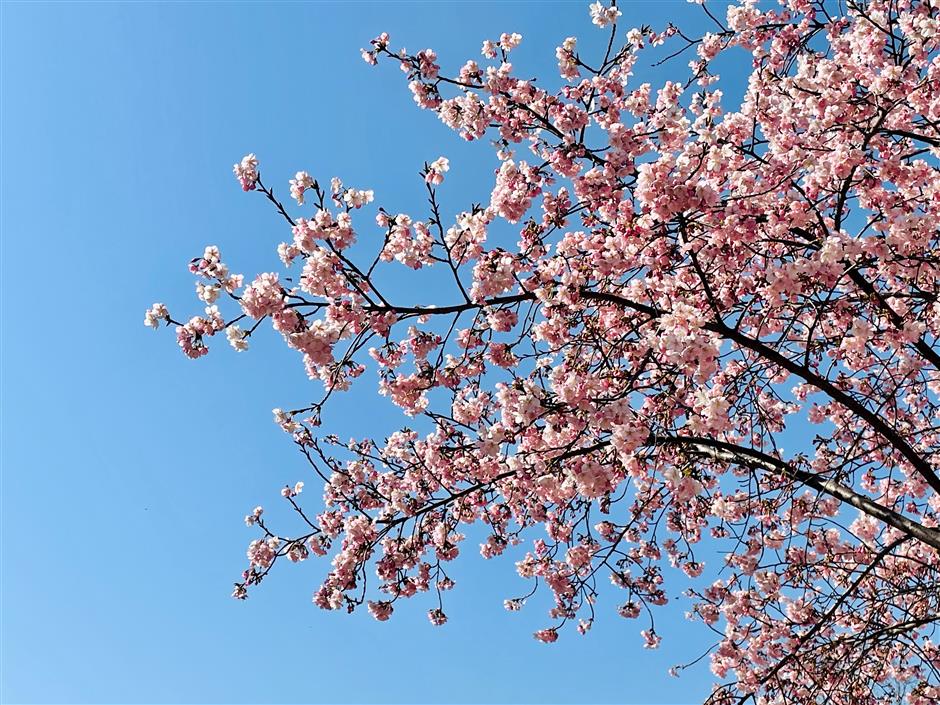 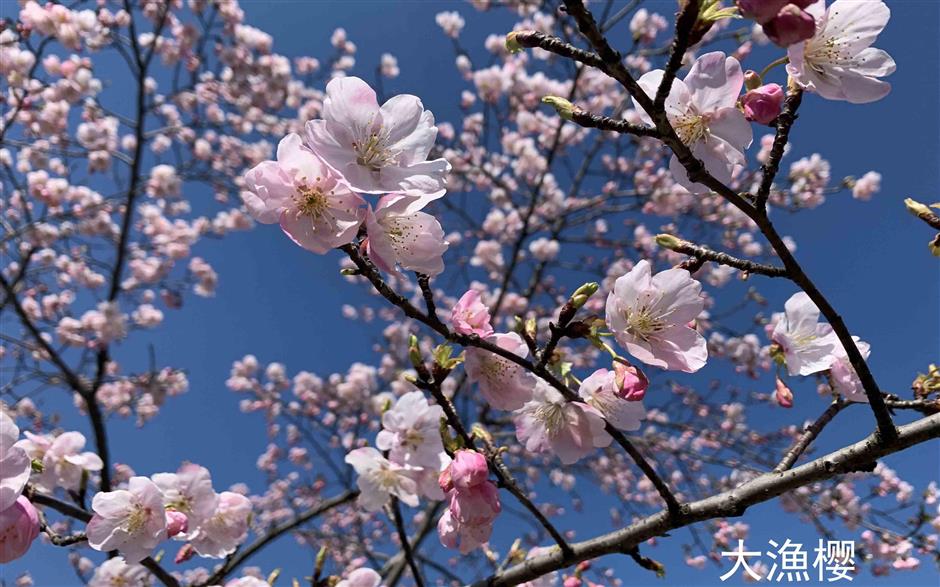 Delicate petals stand out against the sky.

It's time to appreciate cherry blossom, the city's greenery authorities have announced.

More than 50 percent of some cherry tree varieties at the Chenshan Botanical Garden in Songjiang District have flowered, nearly one week earlier than usual. The best appreciation period is expected next week.

Kawazu-zakura cherry blossom, traditionally one of the earliest to bloom and the most common variety of cherry blossom in Shanghai, has flowered at the garden.

The garden has about 58,000 square meters of cherry trees in about 80 varieties. A 1.5-kilometer boulevard of the flowers creates a dream-like pink tunnel. 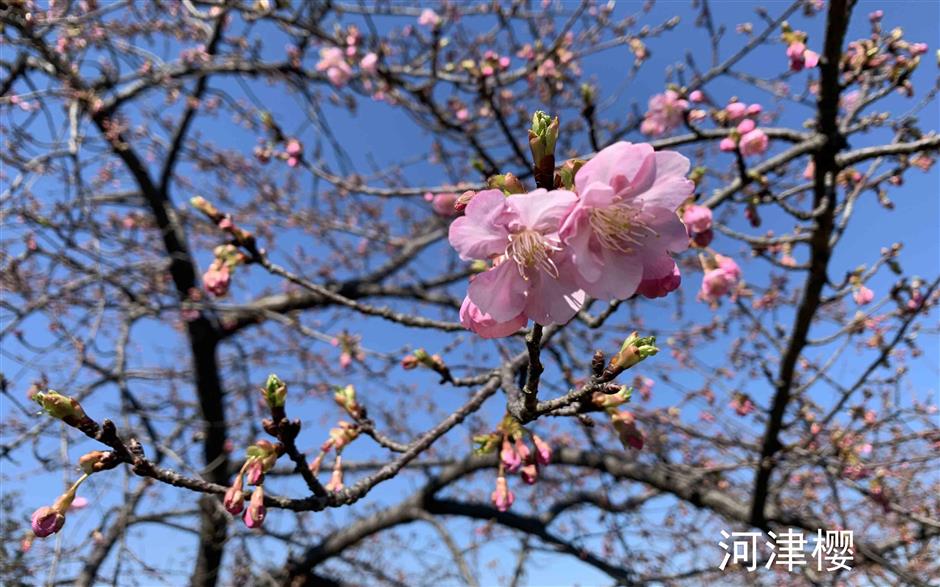 Cherry trees are ready to flower. 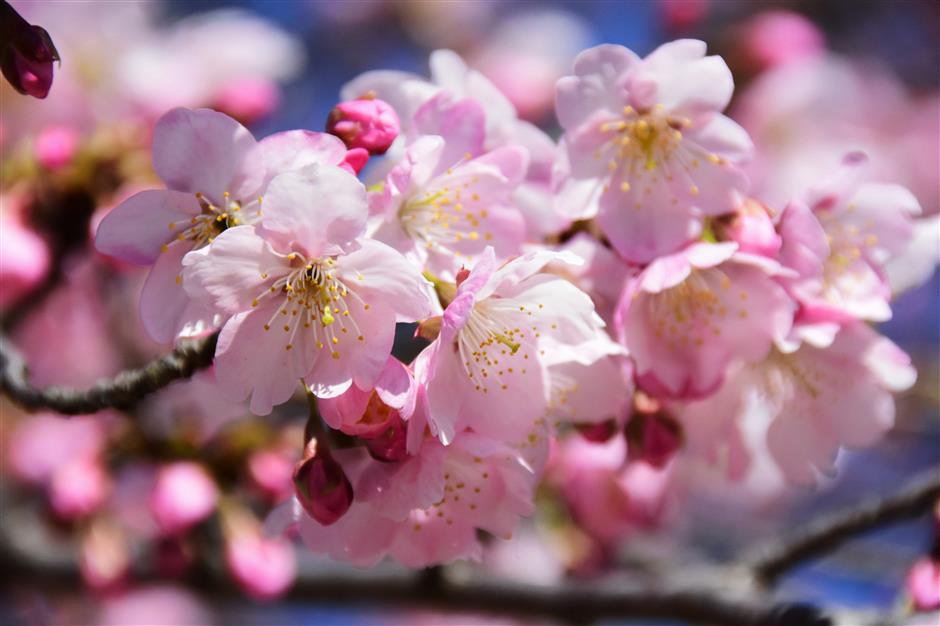 Vivid pinks are sure to delight. 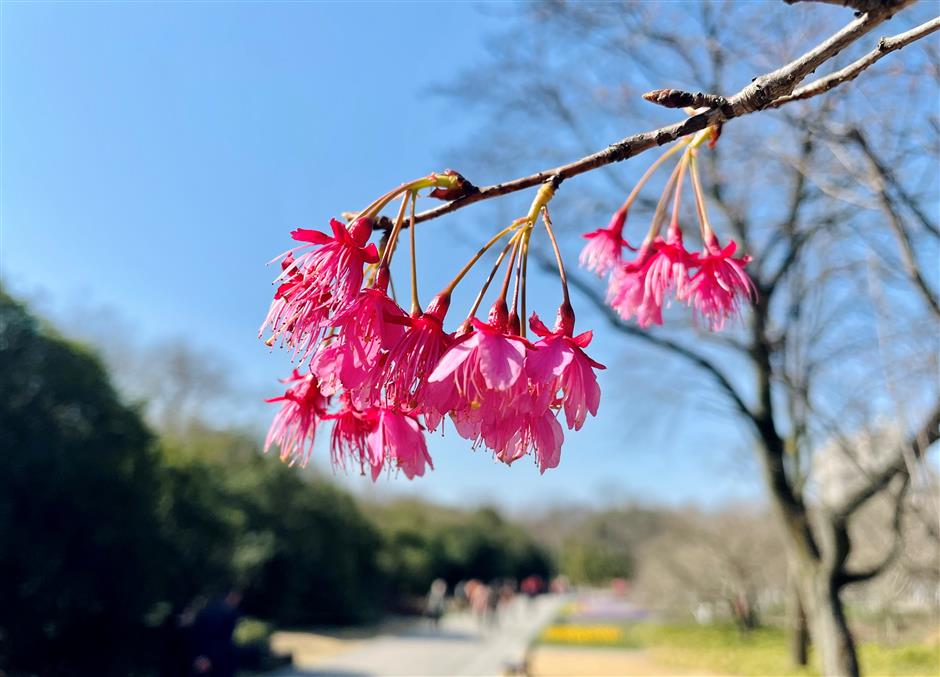 Darker hues are also on display. 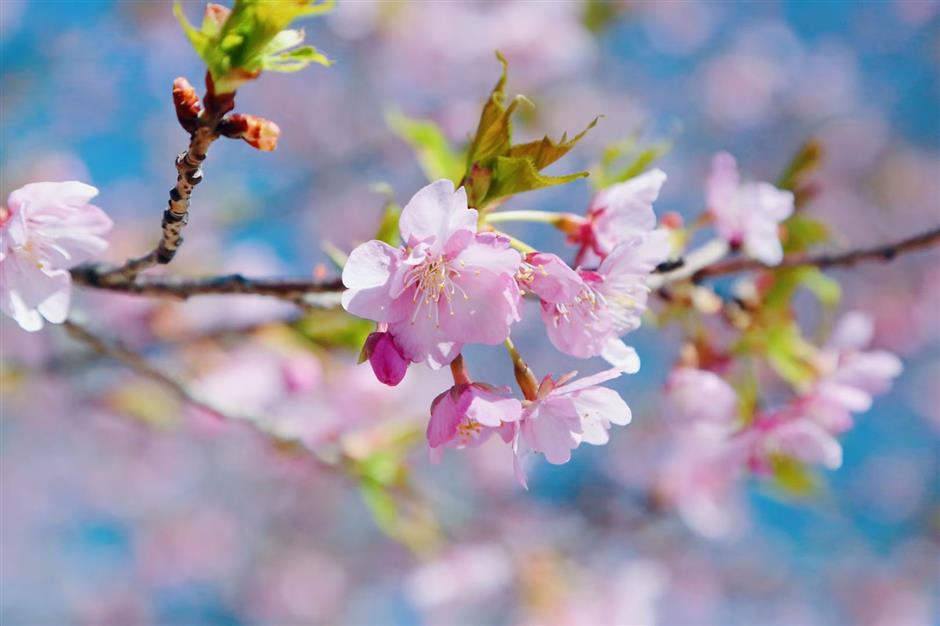 The blossoms are picture perfect.

The warm temperatures over the coming days will further accelerate the blooming of the flowers, the Shanghai Greenery and Public Sanitation Bureau said.

Unlike other cherry trees in bloom for only a few days, the kawazu-zakura can stay that way for a month.

At Shanghai Botanical Garden in Xuhui District, some cherry trees have also flowered.

Meanwhile, other flowers such as magnolia and plum blossom are in full bloom in the city as well.