The first patient is an Indian working in Germany who arrived at the Shanghai Pudong International Airport on February 18.

The second patient is a Chinese studying in the US who arrived at the Shanghai airport on February 18.

The third patient is a Chinese visiting relative in the US who arrived at the Shanghai airport on the same day.

They have been transferred to the designated hospital for treatment, while 76 close contacts on the same flights have been put under quarantine and observation at designated places.

Meanwhile, three patients was discharged upon recovery, the commission said.

So far, of all the 1,410 imported cases, 1,339 have been discharged upon recovery and 71 are still hospitalized.

Of all the 371 local cases, 350 have been discharged upon recovery and 14 are hospitalized. There have been so far seven local fatalities. 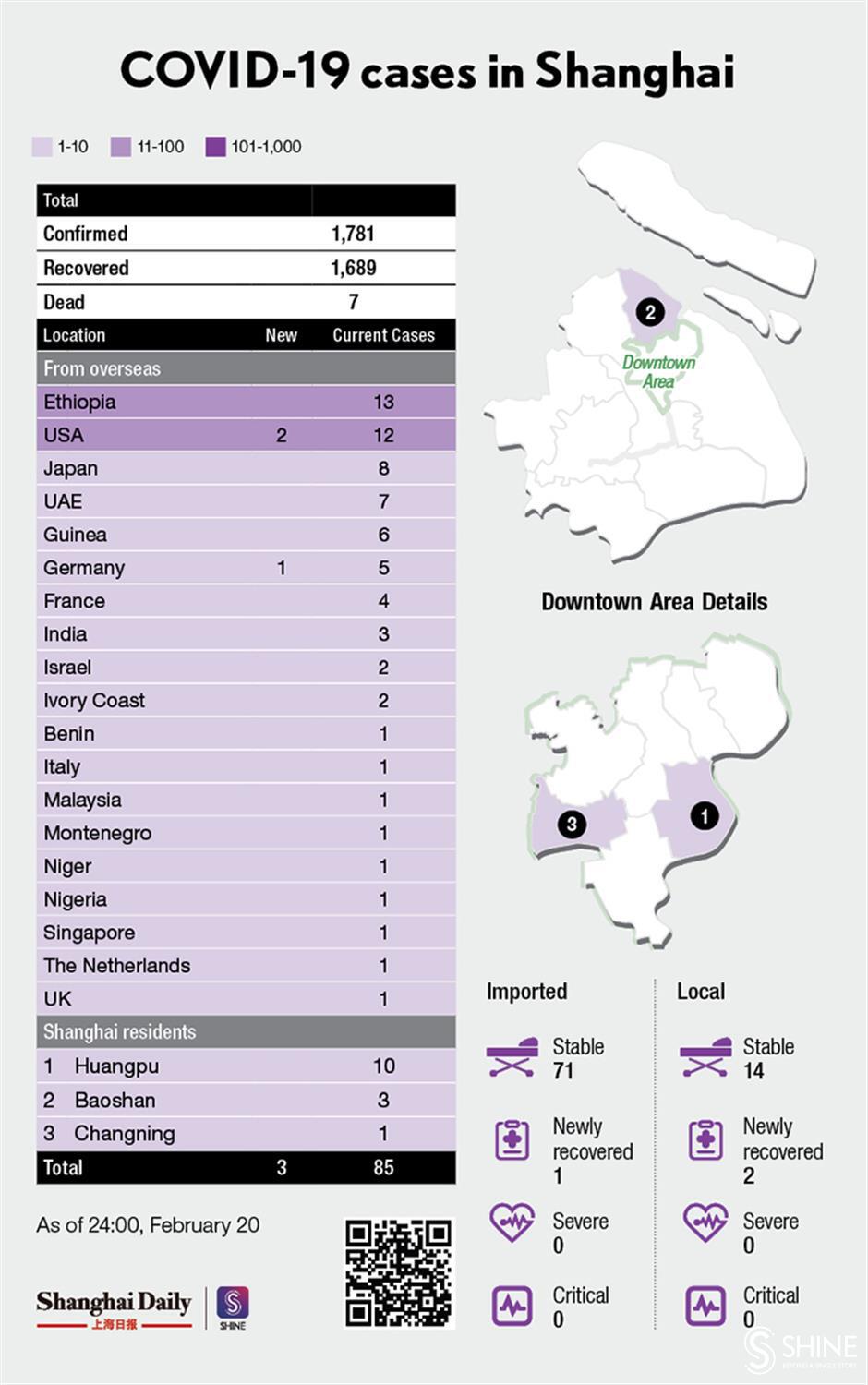