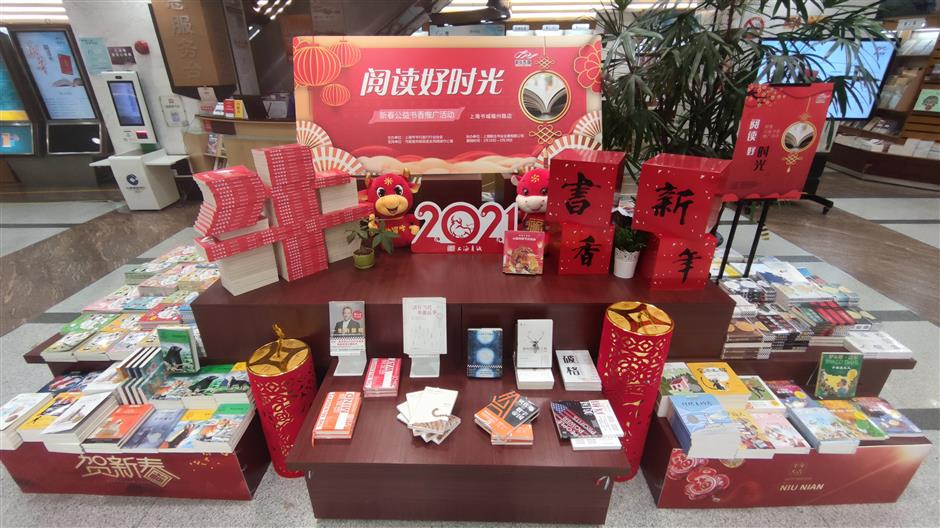 More than half of the 60 local brick-and-mortar bookstores that took part in a Spring Festival promotion organized by city's publishing industry association saw an increase in sales over the same period last year.

During the seven-day holiday, the overall offline sales of these bookstores soared to 8.5 million yuan (US$1.27 million), while their online sales were more than 4.2 million yuan, according to the association.

During the promotion, many of the bookstores attracted visitors with activities such as exhibitions, lectures, calligraphy practice and making handicrafts. 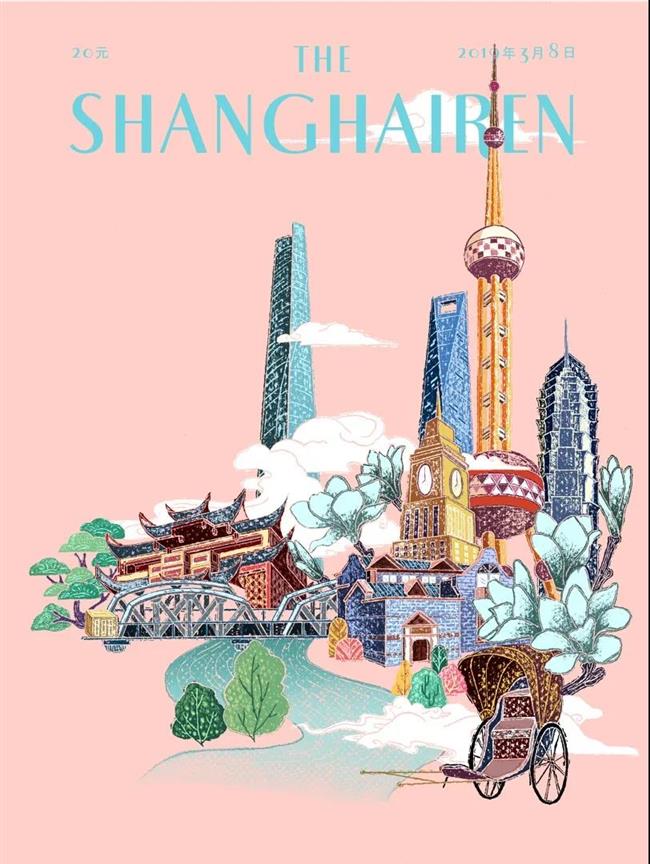 An illustration with iconic Shanghai landmarks at an exhibition in Minhang's Light Space Xinhua Bookstore.

The Light Space Xinhua Bookstore in Minhang has been featuring an exhibition called "The Shanghairen," with drawings from 100 Chinese and foreign illustrators depicting the way Shanghai looks in their minds. The illustrations include vessels on the Bund with Lujiazui in the background, shikumen (stone gate) houses, women dressed in qipao (a traditional body-hugging, one-piece dress), construction workers building the city and the matchmaking corner at People's Park. The exhibition runs through Sunday.