A man caused a fire in the Shanghai International Tourism and Resorts Zone to prove to his son that a magnifying glass could ignite things, police said on Thursday.

The incident happened on a lawn at the zone’s ecological park on February 21. No one was injured, police said.

The man surnamed Liu had taken his 10-year-old son to the park in the afternoon and used a magnifying glass to concentrate the sun’s rays on the grass.

After the fire started and began to spread, Liu fled the scene with his son and reported the fire, but didn’t say what had caused it, according to the police.

When the firefighters arrived, over 2,000 square meters of the lawn had been reduced to ash. The fire was still burning but soon brought under control.

After viewing surveillance footage, police tracked Liu down to his home on February 24.

He said he hadn’t expected his experiment could cause such a big fire and hadn’t brought anything that would have extinguished the blaze.

Liu was given a warning by police and will pay compensation to the resort for the damage. 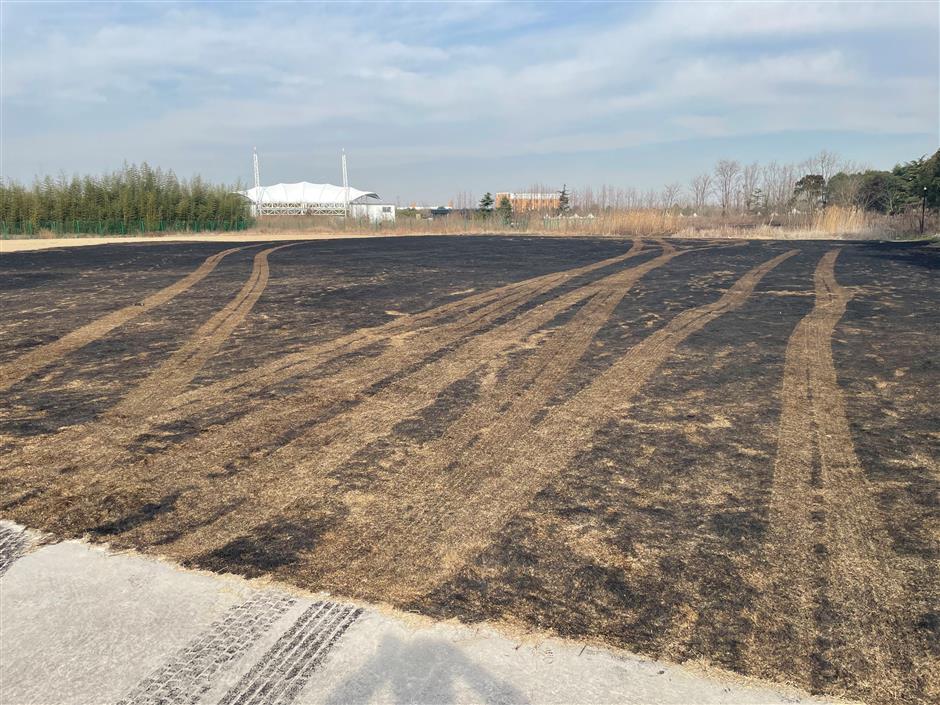 The damaged lawn following a father's experiment with a magnifying glass.